These days, automakers are streamlining their offerings by killing off almost every single model outside of the core profit-earners. That includes Chevrolet, which recently discontinued models like the Volt, the Cruze, and the Impala. However, back in the 1970s, the Bow Tie brand’s model lineup was hugely diverse, as evidenced by this classic Chevrolet full-length ad. 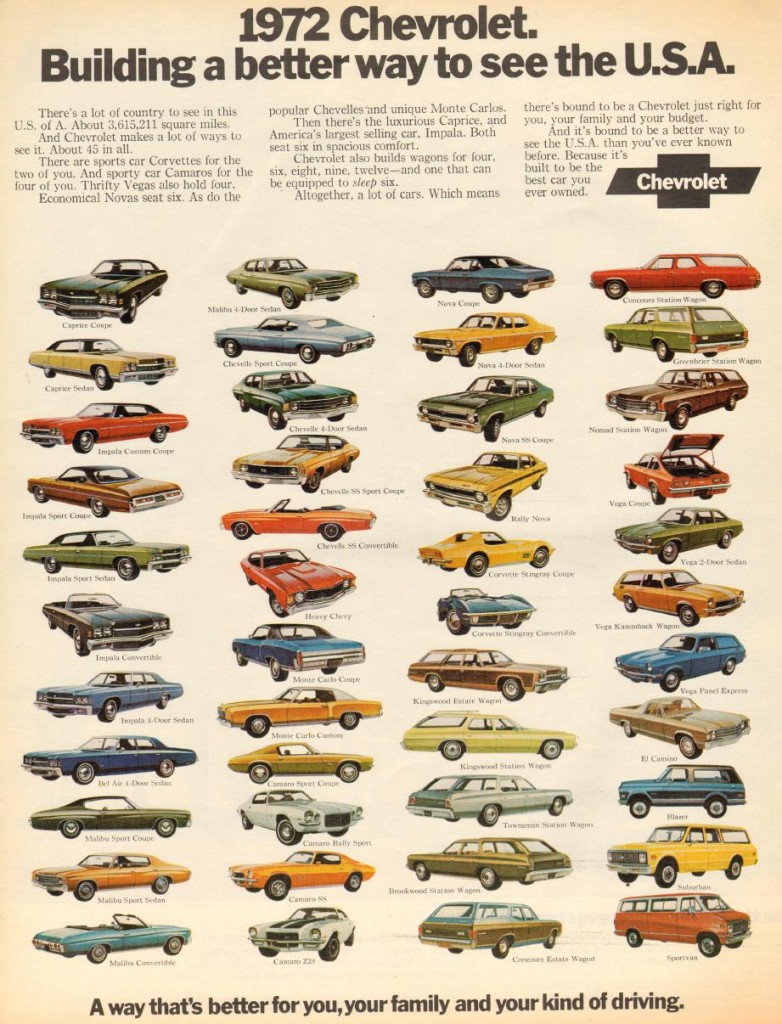 Whoa! Look at all those different cars! And not a single crossover in sight, to boot.

All we see is a huge lineup of sports cars, sedans, and wagons. It’s a real car lover’s dream. In total, there are 45 different model variants crammed into this single ad, making all that classic Chevrolet styling easy to soak up. It’s almost like bedroom poster material for a Chevy fanatic.

We also love the text in this classic Chevrolet ad, which gives a rundown on the brand’s lineup while talking about how each car makes it easy to participate in that all-American phenomenon known as the road trip. “There are sports car Corvettes for the two of you. And sporty car Camaros for the four of you. Thrifty Vegas also hold four,” the ad declares. “Chevrolet also builds wagons for four, six, eight, nine, twelve – and one that can be equipped to sleep six.” 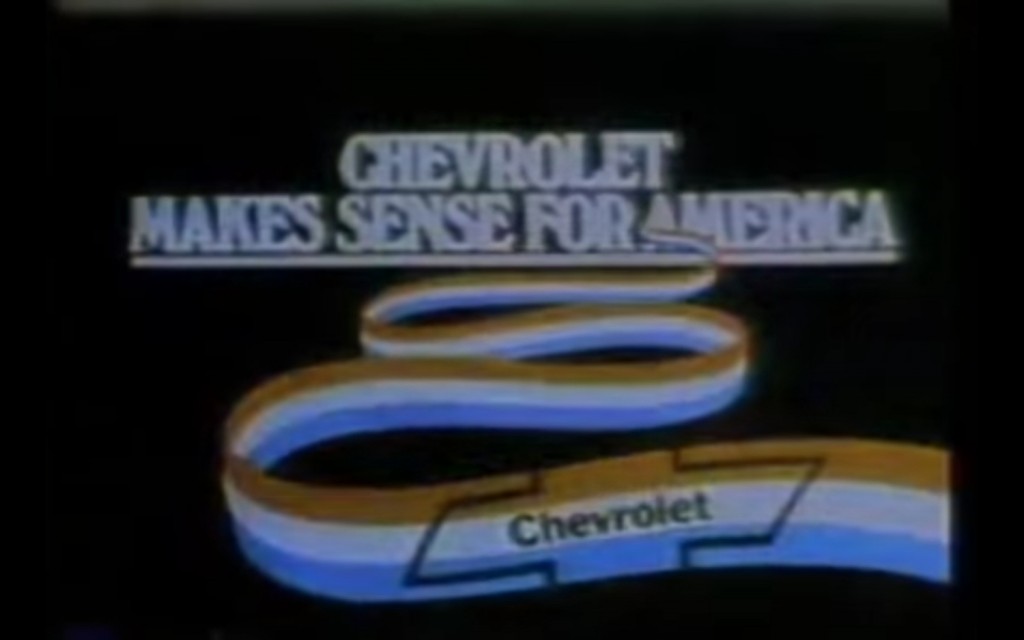 Putting aside the feasibility of sleeping six people in any vehicle other than an RV, this poster is a good indicator of how much the auto industry has changed in the last several decades. The sheer variety of models that were available in 1972 is staggering. With so many different body styles, wheelbase lengths, performance levels and seating arrangements to choose from, there really was a classic Chevrolet for everyone.

Truth be told, it makes us a little nostalgic for the “good old days.” And while modern cars are faster, more efficient, more comfortable, and much, much safer, there’s something to be said about having so many choices and such a broad lineup.