The 2020 GMC Acadia is getting a mid-cycle refresh that includes an updated exterior and interior with the latest tech, and an all-new AT4 trim to replace the All Terrain. But one of the more important updates that doesn’t necessarily make headlines, but is very important, is the fact that the 2020 GMC Acadia will finally offer a way to disable the engine auto-start system, similar to what we recently reported for its platform mate – the 2020 Cadillac XT5.

Many owners of the pre-facelift, second-generation GMC Acadia (2017, 2018, 2019 model year) have been highly displeased by the fact that it is impossible to turn off the engine start-stop feature on their crossover SUV. The only way to get around it is through a series of not very user-friendly hacks, or by starting up the car with the hood open, which is probably one of the most inconvenient things ever. So you can imagine the positive surprise upon finding out that users will finally be able to turn off the Acadia’ stop-start system by way of a button located on the vehicle’s center console. 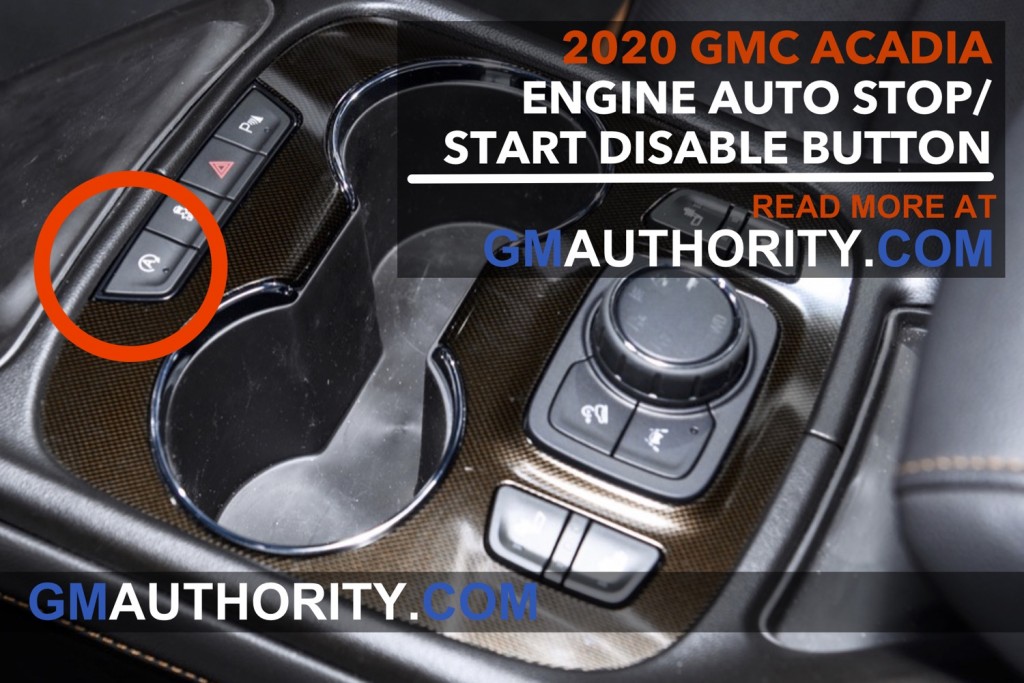 The 2020 GMC Acadia represents a mid-cycle enhancement, otherwise known as an MCE, facelift or refresh, to the midsize Acadia crossover. The model rides on the regular wheelbase variant of the GM C1 platform and retains its naturally aspirated 2.5L LCV I4 as the base engine as well as the optional 3.6L LGX V6 for top-shelf models. But now, both engines will be mated with the GM nine-speed automatic transmission that replaces the six-speed unit on the pre-facelift Acadia. Also new for 2020 is the addition of the turbocharged 2.0L LSY I4 engine on the SLE and SLT models. It, too, will come with the nine-speed automatic transmission.

The GMC Acadia is built at the GM Spring Hill plant in Tennessee operated by GM USA. The model is sold in North America as the GMC Acadia as well as in Australia as the Holden Acadia.