The Chevrolet Impala has been discontinued by General Motors after ten generations, marking the end of the line for one of the automaker’s most well-known nameplates.

While the tenth-generation Impala wasn’t nearly as special as some of the coupes and sedans that once wore the storied nameplate, it will still be missed by many GM enthusiasts. We’re sure the residents of Oshawa, Ontario are also sad to see it go, who have been building the vehicle at GM’s Oshawa Assembly plant since the mid-1960s.

This 1961 Chevrolet Impala SS Convertible is a great example of just how cool the Impala once was. Headed to auction at Mecum’s Dallas sale later this summer, this car is fully restored but still has its original bumpers and grille and all of its original body panels – fairly impressive when you consider that it was once campaigned as a drag car. What’s more, this car actually set a class trap speed record at Langhorne Speedway in Pennsylvania back in the day and is sold with the time slip to prove it, along with in-period photos of it wearing drag slicks. 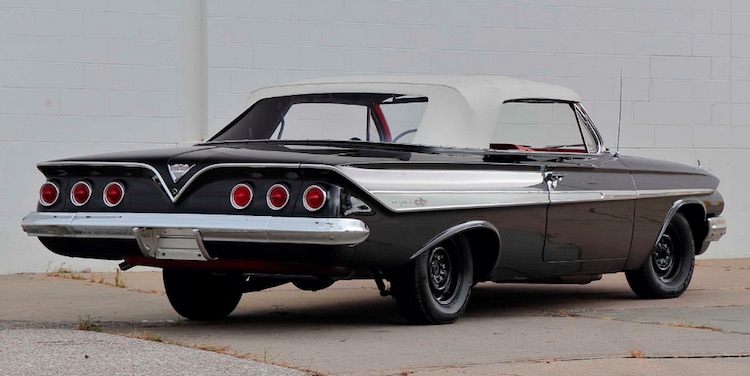 Even without an interesting past and a ton of original parts, this car would be pretty cool. The Tuxedo Black and red interior make for a rare and extremely desirable color combination and the original 348 cubic-inch V8 engine is paired with a four-speed manual transmission. It’s one of just 456 Impala SS examples GM built for the 1961 model year and is one of an unknown number of Impala SS Convertibles. Despite the Impala being built in large numbers, one like this is very uncommon. 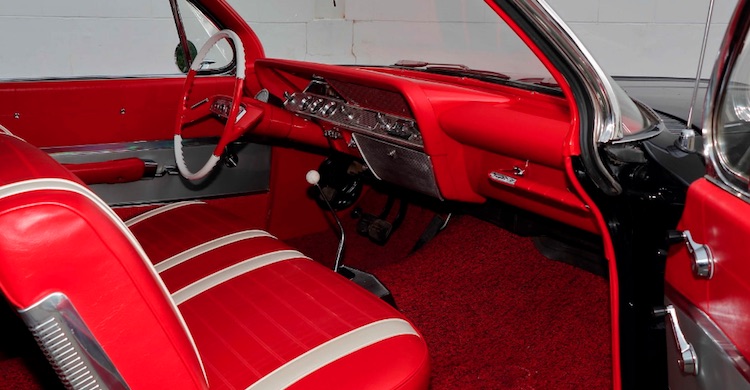