The Chevrolet Bolt EV is currently sold in the U.S. and Canada, along with select international markets such as South Korea and Mexico. In addition, we recently reported that it will soon launch in South America. But now, the car has been spotted in Australia.

Images published on Hipstergeddon’s Twitter account show a current-generation Bolt EV parked in Melbourne. Curiously, the model in question is wearing the Chevrolet logo, rather than the Holden badge (Holden is GM’s brand in Australia). The vehicle is wearing Australian license plates and is in a left-hand drive configuration, which the prominent “Left Hand Drive” stickers on the rear window communicate to other motorists (Australian vehicles typically have the steering wheel on the right side of the car). Other than that, it’s a regular Bolt EV Premier coated in Cajun Red Tintcoat, complete with the gloss black grille automatically included with the color.

Though the sighting is mysterious, something tells us that this isn’t a personal car imported into Australia by a private party. Instead, it seems to be a GM unit doing some kind of regional testing and/or development. All that makes us wonder if GM is testing the model for Australian commercialization. 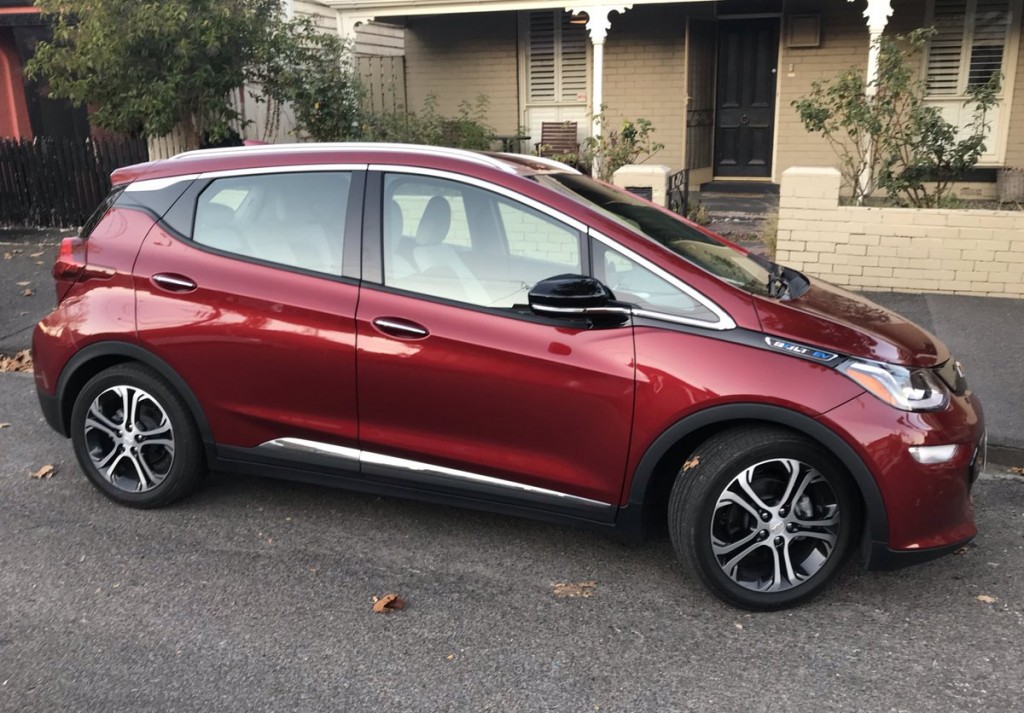 GM has yet to announce plans to bring the Bolt EV to Australia. But after seeing that the mainstream EV was received with open arms by the governments of South Korea and Brazil, we can only assume that something similar is taking place in Australia.

According to Hermann Mahnke, GM Mercosul Marketing Director: “In Brazil, the Bolt EV symbolizes the beginning of the electrification era. It is the first big step towards a more sustainable, secure and connected horizon, aligned with the General Motors vision of zero emissions, zero accidents and zero congestion.”

Given GM’s triple-zero vision for the world, it wouldn’t be too surprising for the automaker to have plans to bring the Bolt EV to Australia. 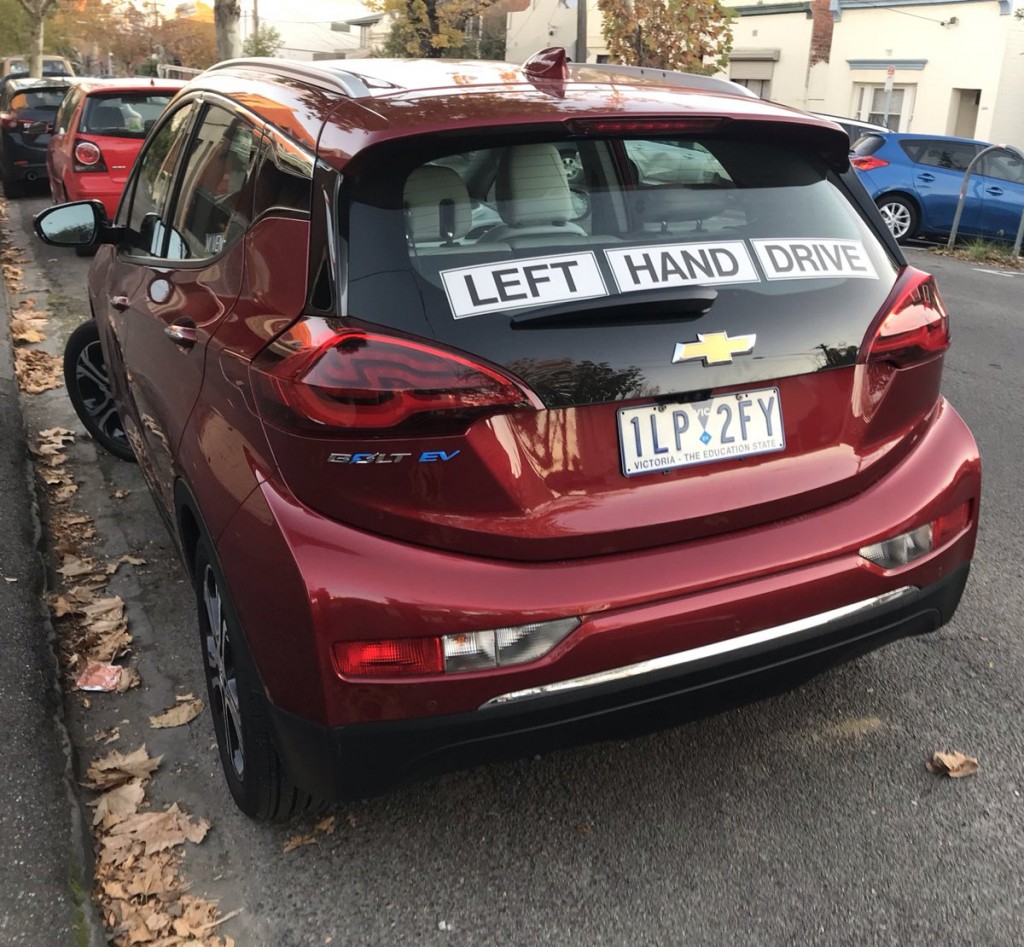 As we write this, the Chevrolet Bolt EV remains a segment leader. Even with new entries such as the Hyundai Kona Electric, the Kia Soul and Niro EV brothers and the Nissan Leaf Plus, Chevy’s electric subcompact remains highly competitive, both from a sales and product points of view. On the sales front, the Bolt EV is the best-selling electric car in the U.S. market (second to Tesla, which does not report sales figures on a model line basis). From a product standpoint, the Bolt EV features up to 238 miles (383 kilometers) of range on a full charge thanks from its 60 kWh battery. Meanwhile, its electric drive unit makes 200 horsepower (150 kW) and 266 pound-feet (360 Nm) of torque, giving it very brisk acceleration that’s on part with hot hatches like the Volkswagen Golf GTI.

And while it is pure speculation at this point, this mysterious Chevrolet Bolt EV roaming the streets of Melbourne sparks our curiosity and likely foreshadows an Australian introduction. We’ll be following this story closely and will share more information as it becomes available. In the meantime, subscribe to GM Authority for the latest Chevy Bolt EV news, Chevrolet news, and ongoing GM news coverage.