The UAW is skeptical of the idea, though, remaining hardline on its position to keep the plant open and under GM operation.

“The UAW’s position is unequivocal: General Motors should assign a product to the Lordstown facility and continue operating it,” UAW Vice President Terry Dittes said in a prepared media statement. 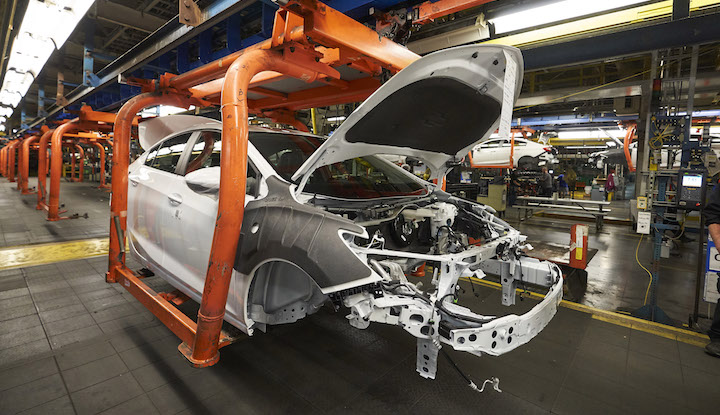 Details on Workhorse’s plans for the Lordstown site are slim. Workhorse chief executive Duane Hughes said the company is hoping to build a “commercial electric pickup” at the plant and is looking to hire “a couple hundred” employees to work there. Workhorse currently has less than 100 employees.

Nearly 4,500 workers were employed at Lordstown when it was under GM’s control. The assembly site, which was first opened in 1966, was tasked with building a variety of GM compact cars over the years and most recently produced the Chevrolet Cruze sedan and hatchback.

Workhorse debuted a prototype plug-in electric pickup truck last year called the W-15, which featured a pure electric driving range of around 75 miles and a total gas-electric range of 310 miles. The company allegedly has around 6,000 pre-orders for the pickup, with commercial deliveries expected to commence later this year.

Some experts are questioning how Workhorse can afford to purchase the large Lordstown complex after it reported a $36.5 million loss in 2018, according to The Washington Post.

Workhorse told The Post it would ideally hire unionized employees to work at the plant if the deal goes through, but stopped short of making any promises.

“Our intention at this point is to bring on employees that would be represented by the UAW,” Tom Colton, head of investor relations at Workhorse, told the publication.