Now that the engineering work on the “regular” Cadillac CT5 is winding down, the CT5 team seems to have turned its attention to the high-performance variant – the CT5-V. Our shooter caught what appears to be the very first prototype of the Cadillac CT5-V before it quickly disappeared into the bowels of GM’s Milford Proving Grounds. Even so, a few elements of the prototype are worthy of being discussed and obsessed over. The front fascia on this Cadillac CT5 prototype features efforts to maximize airflow to the engine. The upper grille features thin, horizontal bars that are unlike any CT5 production grille. We imagine that this kind of design is only for testing purposes, and that the production version will have a much more visually attractive treatment. In addition, the lower grille of this potential Cadillac CT5-V prototype appears to be open, rather than being closed off like in the Premium Luxury and Sport variants of the CT5 shown thus far. The mule also removes its vertical light signatures at the outer edges of the front fascia, leaving holes that seem to allow more airflow to the many high-performance components. Out back, the tell-tale sign that we’re looking at a high-performance variant of the CT5, potentially the Cadillac CT5-V, are four exhaust pipes. We have not yet seen this exhaust treatment on any announced CT5, either with the turbocharged 2.0L I-4 LSY or the twin-turbo 3.0L V6 engine. In addition, this also represents the first time we’ve seen any CT5 prototype testing with a quad-tipped exhaust setup. Also take note of the wheels: they are the same units that debuted on the Sport trim level of the CT5. We believe that the Cadillac CT5-V would have a more aggressive wheel and tire configuration, which is something that will likely come in future prototypes as the vehicle programs progress to more advanced stages.

Other things that we would expect a Cadillac CT5-V to have, but which are missing on this model, include a hood extractor, aggressive side skirts, and bigger brakes. As such, we are left wondering whether this is a mule for a model with a hotted up engine, such as the model with the 3.0L Twin Turbo V-6 in Sport trimmings. We’ll pay attention to those as we come into contact with this prototype in the future.

In the meantime, be sure to subscribe to GM Authority for more Cadillac CT5 news, Cadillac news, and around-the-clock GM news coverage. 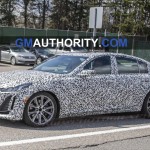 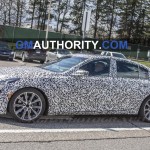 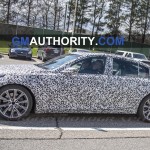 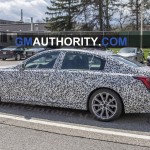 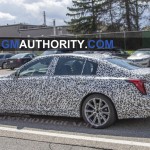 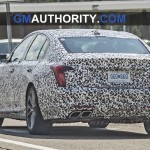 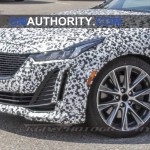 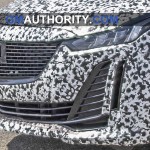 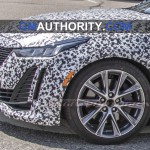 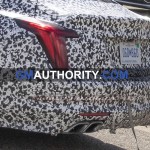