The Corvette brand is about to change in a big way with the debut of the mid engine Corvette C8. The days of drag slick-shod Corvettes dominating at the drag strip may soon be over, with the sports car set to make a complete transition into a road-course ravaging rival to cars like the Porsche 911.

With the dawn of the handling-focused mid engine Corvette C8 nearly upon us (July 18th can’t come soon enough), it’s a good time to look back on one of the most beastly Corvettes to have ever been put into production: the C6 Corvette ZR1. 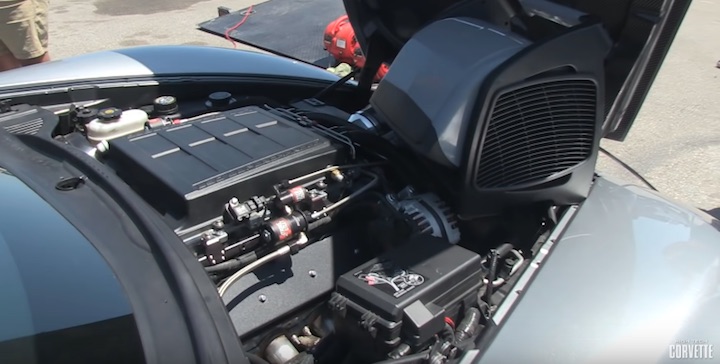 High Tech Corvette recently filmed a heavily tuned C6 Corvette ZR1 for its channel, which was putting in high eight-second quarter-mile passes with ease. Even more impressively, this car has a stock bottom end, stock six speed manual transmission and stock rear end. It also retains the factory supercharger, although it has been ported, and has factory cast heads. It’s not clear how much power it’s making, although 900-1000 hp doesn’t seem like an unreasonable estimate. 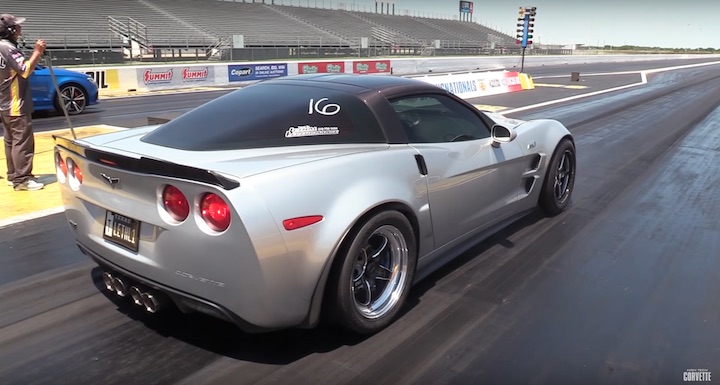 This street car is one of the quickest C6 ZR1s the world –  allegedly putting in the fastest ever pass for a C6 Corvette ZR1 without nitrous. With a little bit of spray and some inch-perfect driving (although the driving on display in this video is great), we imagine the guys responsible for the build could dip the car into the 8.7s or 8.6s range.

Check out the video embedded above to see one of the fastest ever quarter-mile passes for a C6 Corvette ZR1.