The SCCA Trans-Am Series may not be the most popular race series in North America, but with close, exciting racing and purpose-built cars powered by fire-breathing V8s, it’s definitely worth any race fan’s time. 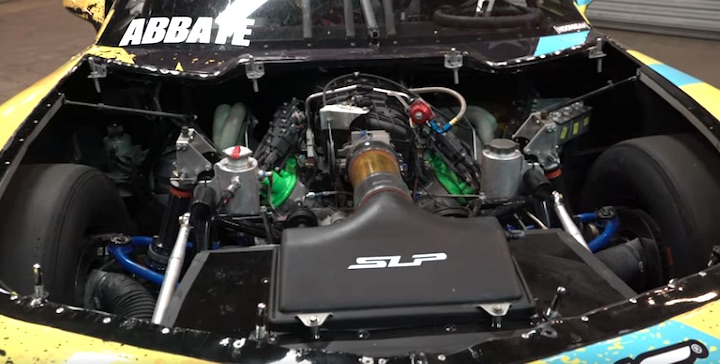 The Trans-Am car in question is driven by Michele Abbate, who participated in the first season of the ‘Hoonigans Wanted’ driver search. Hoonigan says Michele has “been pursuing her racing dreams relentlessly ever since,” she appeared on their driver search show and is now racing for GRR Racing in the Trans-Am Series’ TA2 class.

The TA2-spec Chevrolet Camaro is built around a tube-chassis and features a fiberglass fifth-generation Camaro replica body, NASCAR-sourced Chevrolet V8 and four-speed manual transmission. The TA2 class is the second-fastest Trans-Am class, behind the TA class, which features slightly faster tube-chassis cars, including a C7 Chevrolet Corvette-bodied cars.

You can catch Michele racing in the Trans-Am Series’ next event at Lime Rock Park on May 24 to May 27. The race series will also visit Detroit for the Chevrolet-sponsored Belle Isle Grand Prix later this month, which is held in the shadow of General Motors‘ Renaissance Center. The Belle Isle Grand Prix also plays host to an IMSA and IndyCar race – bringing America’s three premiere road racing series together for a weekend of motorsports action in the Motor City.