Not long ago we turned your attention to a unique and slightly comedic build that well-known automotive YouTuber Rob Dahm was working on.

Dahm, who is a vocal proponent of the Wankel rotary engine, has been spending the last few months dropping a turbocharged 13B rotary engine into the front of C5 Chevrolet Corvette Z06. This build is almost a social commentary on the common Mazda RX-7 LS swap – which serves as cheap and reliable way to make the RX-7 faster, but is often derided by Mazda enthusiasts for ruining the character of the car. 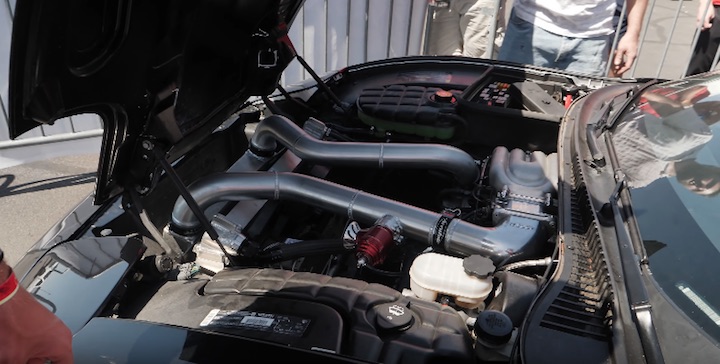 The last time we checked in with Dahm, he was trying to figure out how to install and modify the C5 Corvette’s new subframe. A ton of progress has been made on the project since then, though. So much, in fact, that Dahm recently drove the car to LS Fest – where he obviously tried to sneak the 13B rotary engine into the LS-only car show. 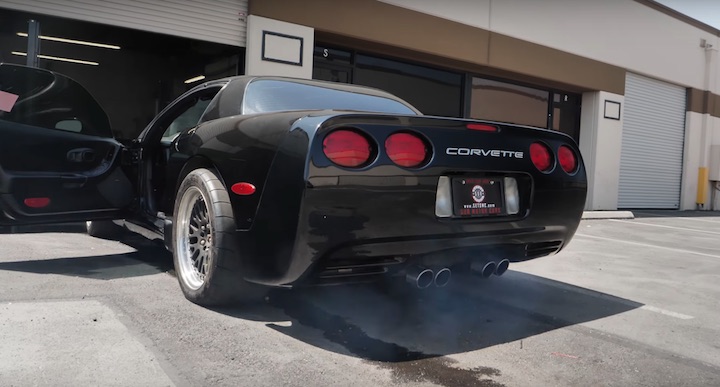 Dahm does manage to sneak his turbocharged two-rotor Corvette into LS Fest, but his fraud is eventually found out by event the organizers (we imagine his major online presence didn’t help keep things under wraps). We don’t want to ruin the whole video for you, though, so be sure to check it out embedded above to see what happens when you try to sneak a 13B rotary engine into a huge gathering of diehard General Motors fans.

We’ve also embedded a second video of Dahm’s below, which explains a bit more about the rotary Corvette build and features some more footage of it driving.