When Simon Pagenaud won the 103rd running of the Indianapolis 500, he earned himself a place in the history books and on the coveted Borg-Warner Trophy. That wasn’t all Team Penske driver won, though – he also received $2,669, 529 USD in prize money and a new 2019 C7 Corvette Grand Sport. 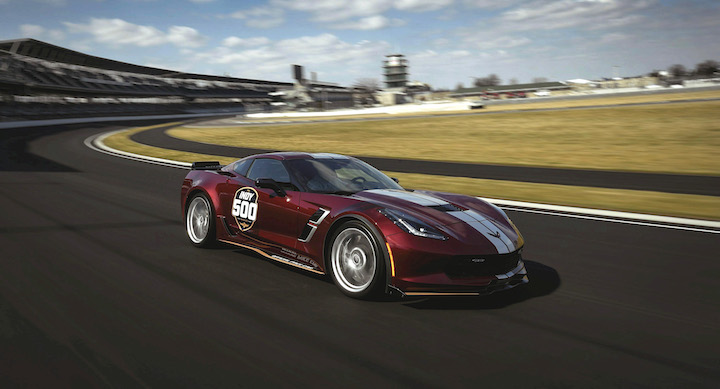 Speaking at the Victory Celebration for 103rd Indianapolis 500, Pagenaud said the Corvette was a very fitting prize for him. Not surprisingly, the Frenchman is a wine enthusiast as well as a car enthusiast, so he views the wine red ‘Vette as an amalgamation of his interests.

“Thank you, thank you so much (Chevrolet),” he added.

The Corvette’s wine red exterior color gets its name, Long Beach Red Metallic Tintcoat, from a city where Simon Pagenaud has won another premiere IndyCar race. Another interesting fact for Pagenaud fans: he was the first French driver to win the 500 since Gaston Chevrolet in 1920, who was the younger brother of company co-founder founder Louis Chevrolet. The superior horsepower of Pagenaud’s Chevy engine is what gave him the upper hand Sunday as he controlled the race from the front and held off a hard-charging Alexander Rossi in his Andretti-Honda.

“Thank you for the hard work, the horsepower that we had this month was phenomenal,” Pagenaud said of his engine supplier. “We obviously work really closely and you guys provide the best. Thanks for the support.”