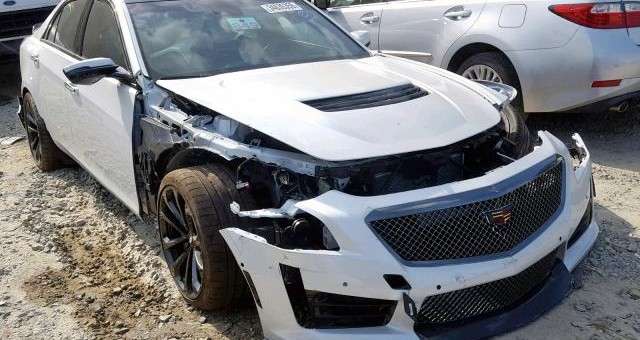 This 2017 Cadillac CTS-V has seen better days. Body pieces are falling off, the wheels are pointing in the wrong direction, the optional Carbon Black Sport Package is in tatters, and the frame could be bent. However, not all hope is lost, and for an ambitious Cadillac lover, this once-great super sedan could be worth the extra effort needed to get it back on the road. 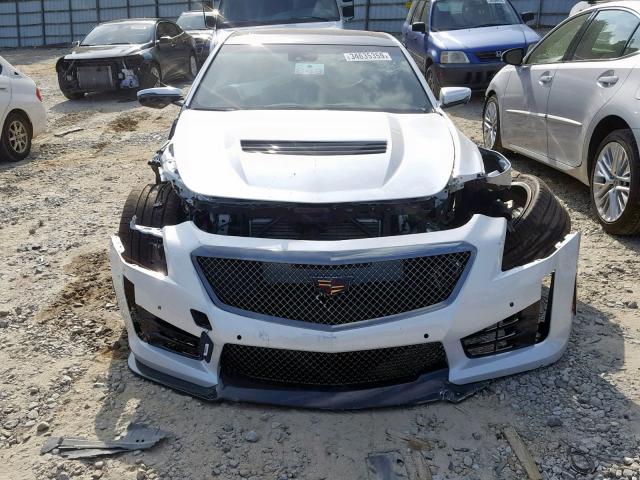 Spotted on the automotive auction site Copart, this Cadillac CTS-V is offered as a salvage title ready for a new lease on life. Unfortunately, as the pictures reveal, it’s sporting some pretty major damage. We’re guessing the previous owner got a little too frisky and slid it sideways over a curb at a relatively high speed.

Both bumpers are on the ground, while the front and rear driver’s-side wheels look like they’re hanging on by a thread, and underpinnings seem like a tangled mess of bent metal. 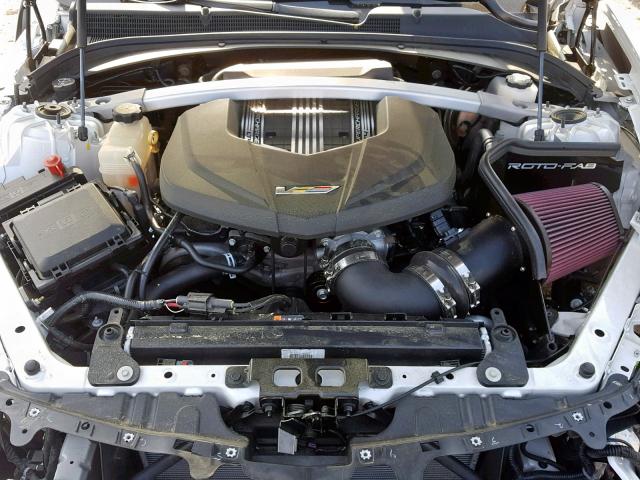 However, the engine looks like it’s in okay shape. Under the hood, the third-generation Cadillac CTS-V packs the GM 6.2L Supercharged V8 Small Block LT4 engine, which produced 640 horsepower at 6,400 rpm and 630 pound-feet of torque at 3,600 rpm (when new). According to Copart, the engine started and ran at idle when the car was delivered to the salvage yard, and with a little under 14,000 miles on the odometer, the CTS-V’s heart is probably good to go.

The rest of the drivetrain could be fine as well, including the GM eight-speed automatic transmission. Before this CTS-V found the wrong end of a physics equation, it could manage a sprint to 60 mph in 3.6 seconds and achieve a top speed just under 200 mph. 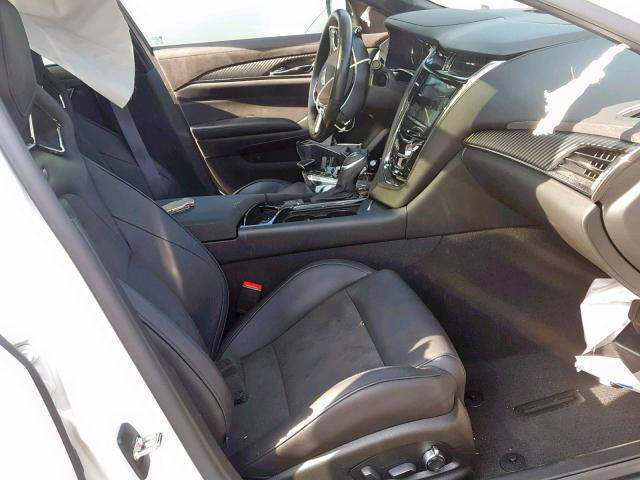 The interior is a bit dusty, but the seats and upholstery look undamaged and in good condition. The carbon fiber trim looks okay as well.

The Cadillac CTS-V was discontinued late last year to make room for the upcoming CT5-V and CT4-V. But in fighting form, the CTS-V is a hugely impressive machine. We also think that the white-and-black color scheme looks fantastic with all those hard angles – assuming the car isn’t falling to pieces, of course. 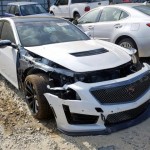 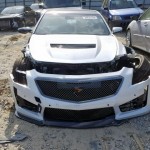 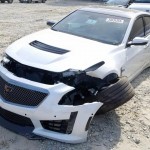 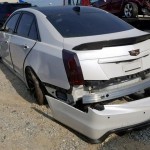 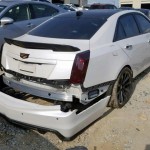 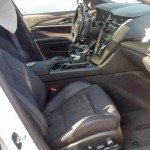 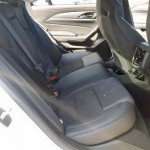 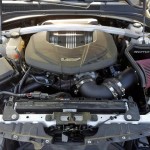 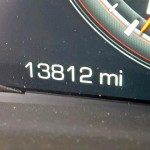 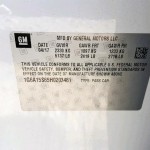