Earlier this week, General Motors shared details about the possible sale of the Lordstown, Ohio, plant. The factory, which has become a hot-button political issue for President Trump and numerous Democrats running for president in 2020, went idle this past March as GM moves to negotiate its closure or sale with the UAW.

However, a sale is in the very, very early stages and far from official. Questions and concerns remain about the buyer, Ohio-based Workhorse, and its ability to utilize the plant effectively and staff it. The Columbus Dispatch reported Ohio Governor Mike DeWine wasn’t ready to pop the champagne, either.

“This is probably not yet a day to celebrate … a lot has to happen,” the governor said.

Automotive News (subscription required) reported Thursday that analysts are left scratching their heads over how Workhorse would utilize the facility, which has the ability to produce 410,000 vehicles per year. GM staffed the plant with 4,500 workers a few years ago. Those are major figures for the electric-vehicle startup to fulfill, which reported just a $364,000 first-quarter sales figure.

There are also questions about an unnamed third-party that would actually purchase the site, which hasn’t been identified.

Workhorse wants to purchase the Lordstown plant to build commercial electric pickup trucks based on its W-15 prototype shown years ago. The company is also a finalist to produce the next-generation mail carrier vehicle for the United States Postal Service. However, the new mail carriers may not be built at Lordstown. The contract would only be for 180,000 vehicles over five to seven years as well. 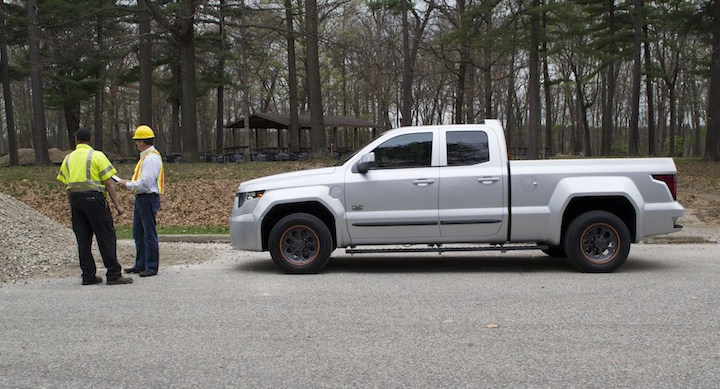 Meanwhile, the UAW has held the line on Lordstown and rejected the idea of selling the plant. The union insists GM should place a new vehicle in the plant for production and wasn’t phased by the automaker’s $700 million investment at three other Ohio facilities this week.

GM will need to negotiate the closure or sale of Lordstown with the UAW in its new labor contract, which expires this September.