Despite the strong performance, the Cadillac DPi-V.Rs didn’t have the pace to keep up with the Acura or Mazda DPis around the flowing 2.4-mile circuit. The race was won by the No. 6 Team Penske Acura DPi of Juan Pablo Montoya and Dane Cameron, which was caught in a tightly contested battle with the two Mazda Team Joest cars for almost the entire duration of the 2 hour and 40 minute race. 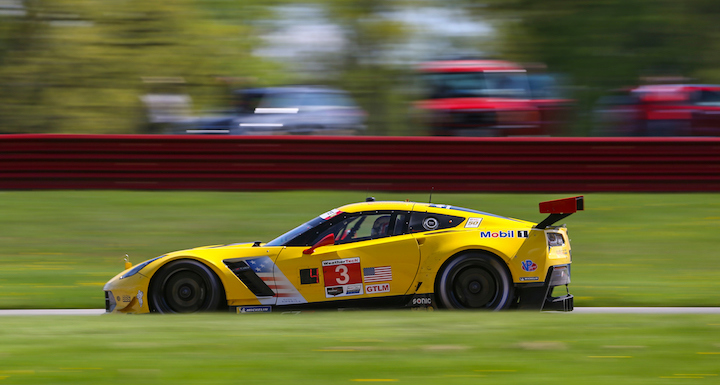 In GTLM, meanwhile, the No. 3 Corvette C7.R duo of Jan Magnussen and Antonio Garcia took their third consecutive podium finish. The No. 3 team led a portion of the race and looked to be in contention for a win, but its gap to second vanished in the final hour as lapped traffic allowed the No. 912 Porsche close in. The Porsche eventually inherited the lead in the pit stop sequences, going on to lead the final 38 laps of the race. The No. 3 Corvette took second, while the No. 911 Porsche completed the podium in third. 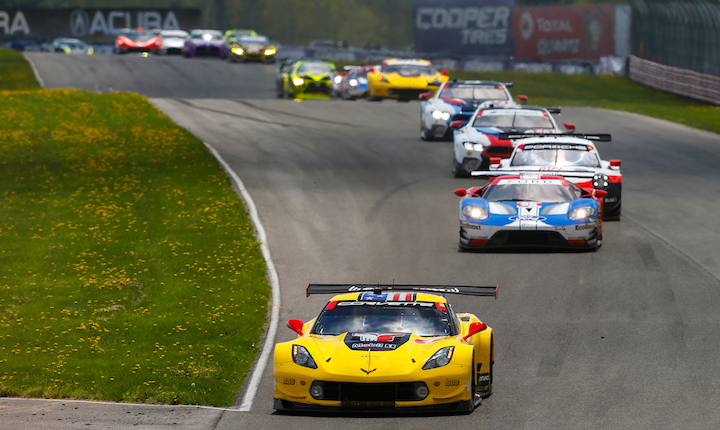 It was the third consecutive win for Porsche in GTLM, but Corvette Racing is close behind in the manufacturer’s standings, having taken three podiums in a row now as well.

“From where we started to where we finished, today was a good result and good for the championship,” Magnussen said post-race. “At the beginning for me, the balance wasn’t great and I had little grip. We made some adjustments for Antonio, and as the track built some rubber into it, things got somewhat better. So, we’re happy with P2. But we really need a win. I don’t know what we need to do, but we need a win.”

The No. 4 car of Tommy Milner and Oliver Gavin, which qualified second for the race start and showed very strong race pace after leading for a portion, finished last in GTLM due to a broken axle.

The IMSA WeatherTech Sportscar Championship continues with the 100-minute Chevrolet Sports Car Classic, which is held in the shadow of the GM Renaissance Center on Detroit’s Belle Isle Park. The race will go green on Saturday, June 1st.