For the first time since 2014, Subaru is offering a “midsize-plus”, three-row crossover. It’s called the Ascent; it’s new for the 2019 model year, and during its first three months in the U.S. market, Subaru managed to move a whopping 19,000 examples. The figures propel Subaru’s newcomer, which hasn’t competed in the large CUV space since the failed Tribeca, to a very respectable position in the segment, posing a notable threat to GM’s Chevrolet Traverse and GMC Acadia.

During the same timeframe, Traverse sales decreased 10 percent to 34,223 units while GMC Acadia sales increased 4 percent to 31,200 units. As such, it’s not a far stretch to believe that some potential Traverse and Acadia sales were lost to the Ascent.

Subaru’s place in the automotive world is rather interesting. It’s exponentially younger (65 years old) and smaller than GM, but it still, somehow, manages to produce cars – something that GM’s Chevrolet brand has almost stopped doing. Not only that, but all Subaru models also offer all-wheel-drive, a feature no Chevrolet sedan has offered in decades. 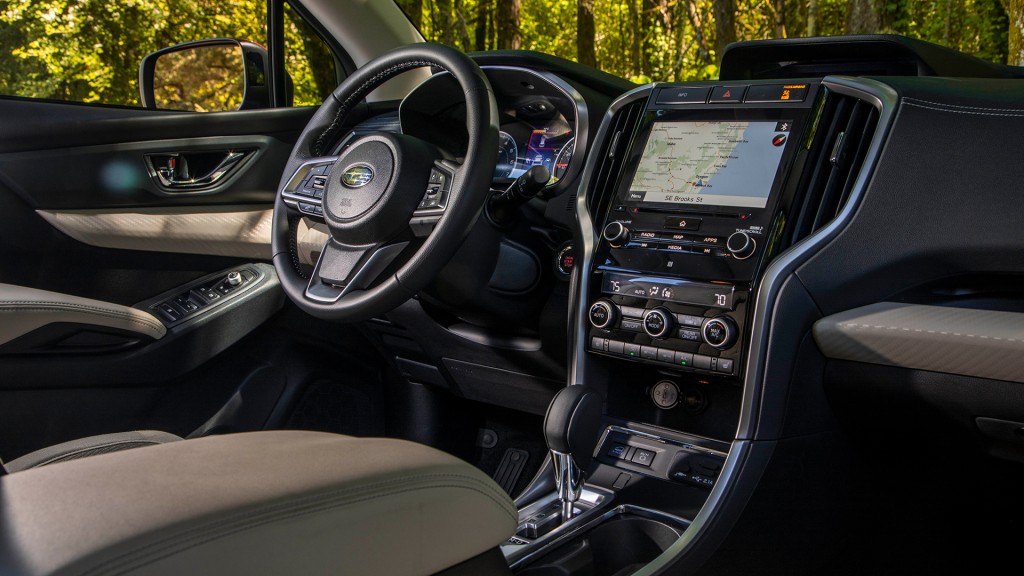 Suffice to say, Subaru continues to enjoy a strong following and rather impressive commercial success, with the small automaker consistently punching above its weight. And now, as consumers continue flocking to high-riding automobiles that combine SUV-like speciousness with car-like driving characteristics, automakers, too, are attacking the segment with fervor by releasing a plethora of new models in hopes of cashing in on the crossover craze. Hence, the Subaru Ascent.

The Ascent is somewhat of a tweener: at 196.8 inches long, it’s slightly longer than a traditional midsize crossover (the Chevy Blazer, for instance, is 191.4 inches long), while being smaller than the perennial full-size crossovers (the Traverse measures in at 204.3 inches in length). In that regard, the Ascent is much more analogous to the GMC Acadia. 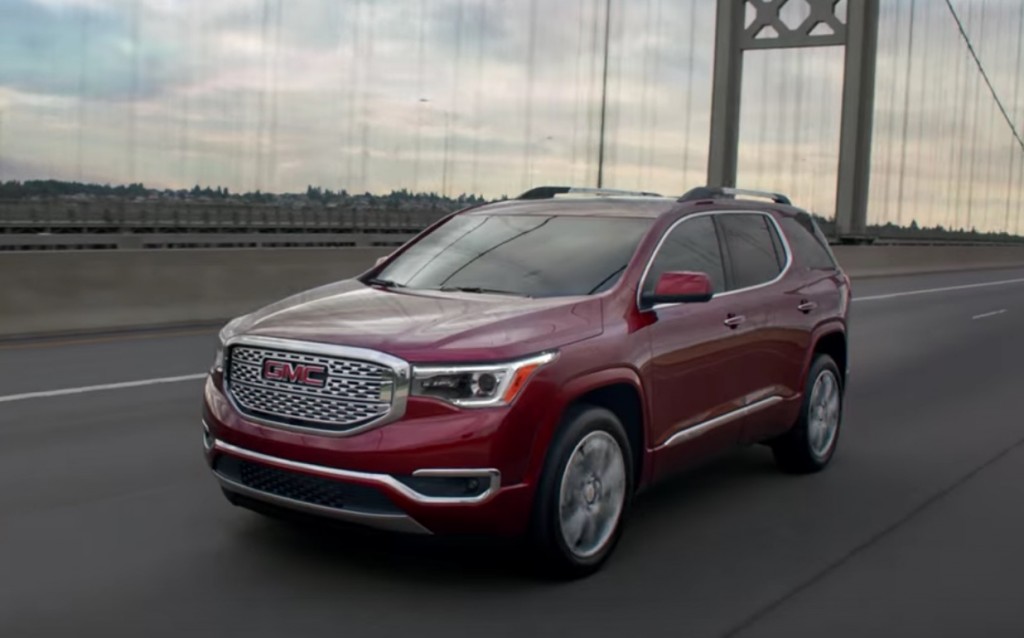 More vitals on the Ascent: it has one lone engine -a turbocharged 2.4L BOXER four-cylinder making 260 horsepower and 277 pound-feet of torque. The unique boosted four is paired with a CVT – which is the only available transmission. All-wheel-drive, a Subaru staple, is standard across all trims of the Ascent. That’s not too different from the GMC Acadia with its 3.6L LGX V6 (310 horses and 271 pound-feet of torque) or the slightly older 3.6L LFY V6 in the Chevrolet Traverse (310 horsepower and 266 pound-feet of torque). However, all-wheel-drive is optional on both the Acadia and the Traverse.

It’s likely that the Subaru Ascent is selling well to the automaker’s existing customer base, which is said to be one of the most loyal in the industry. In fact, that loyalty is what enables the Japanese automaker to still produce sedans like the Impreza and Legacy, along with several high-performance variants of the former. So besides being a crossover in a world that continues to be hungry for crossovers, the Ascent also has the Subaru brand loyalty going for it, too.

It will be interesting to see whether the Subaru Ascent will continue to have the same kind of growth rate in the near future, as initial demand for the vehicle is satiated by early adopters and loyalists. In the meantime, GM should watch this new Japanese entry closely.