The new images of the new Buick Encore, based on the GM GEM platform, allow us to better understand the vehicle’s exterior design, which adopts the latest design trends from the Buick lineup and the automotive industry as a whole. 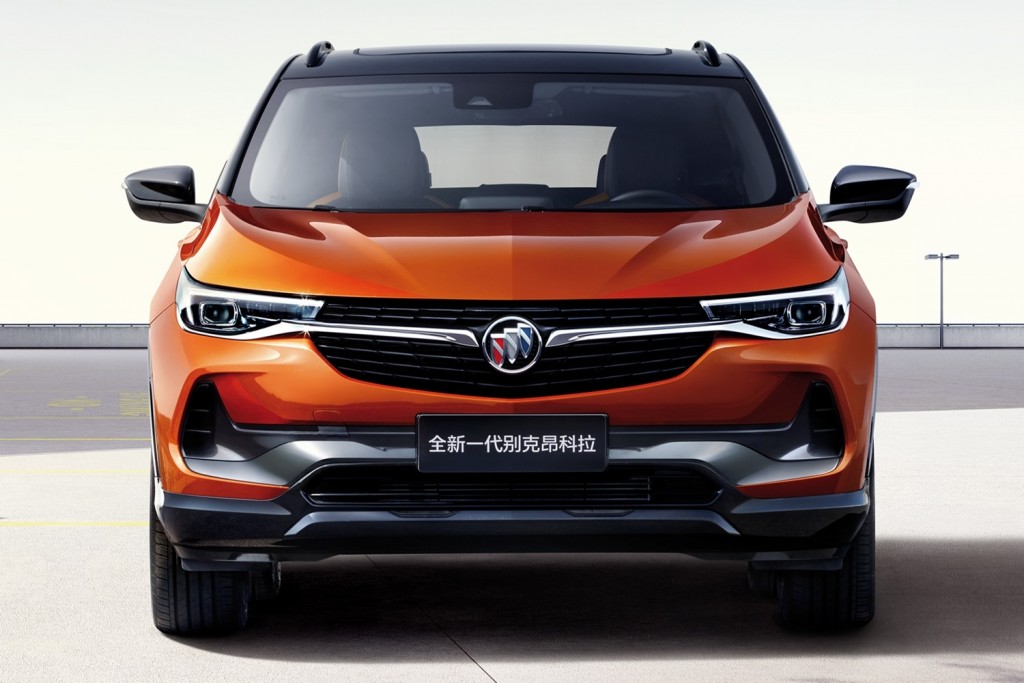 At first sight, the 2020 Buick Encore exhibits a rather planted posture with organic lines and muscular forms.

Up front, the design features many horizontal elements, transmitting a greater sense of solidity and width. The grill, finished in shiny black panels, unique to this model within the the Buick range, is wide and short. It is accompanied by a set of wide integrated headlights, which are “supported” by the horizontal bar that emerges from the Buick logo and runs outward.

Also striking is the complex treatment of the front bumper cover at the lower fascia. The surface development features well-sculpted air intakes that we believe double as air curtains, as well as decorative moldings in contrasting color. There’s also a metallic-looking piece lining the bottom end of the lower fascia; we will see this piece surface at the side and rear. And notice the absence of any lighting fixtures outside of the primary headlights, and the black mirror caps with integrated turn signal indicators. 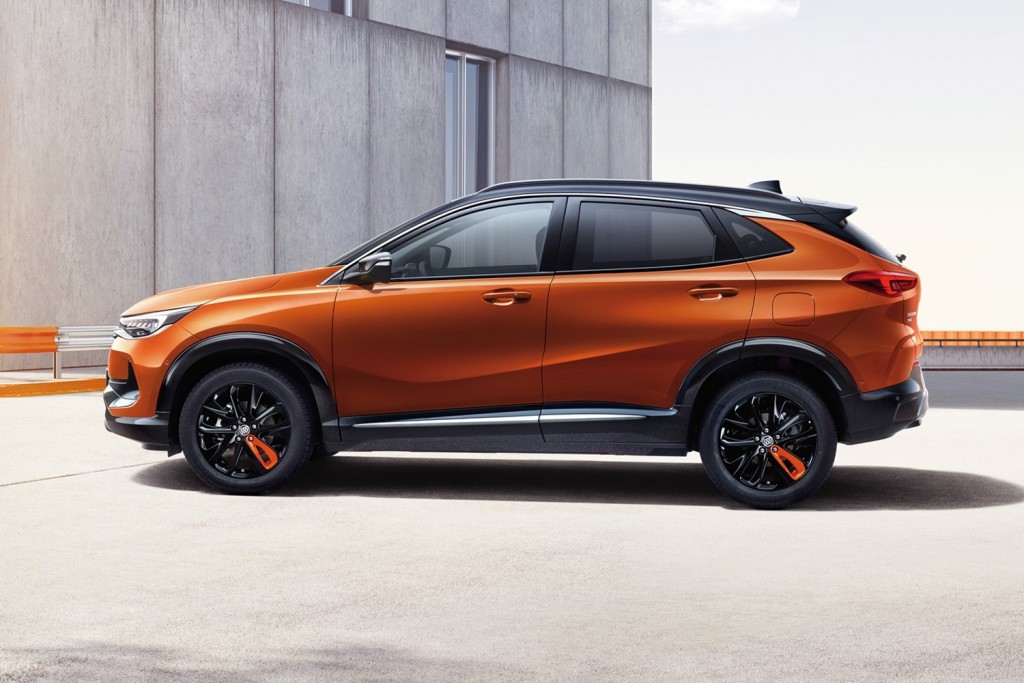 At the side, the first thing that catches our eye about the all-new 2020 Buick Encore is its “floating roof” design, with a roof finished in black, and a unique C-pillar design with a thick chrome strip extended past the greenhouse trim. The roof rails and comms fin are also finished in black. We also see a character line running from the corner of the front headlamp all the way through to the front-most portion of the tail light. And check out the swoosh-like line on the doors.

The wheel arches are wrapped in what appears to be a glossy black finish that turns into cladding on the lower-most part of the doors. That cladding also integrates a metallic-looking strip, much like the front. Meanwhile, the dark-finish wheels feature a double five-spoke design with a unique orange accent applied to two of the spokes. At the rear, the 2020 Buick Encore maintains the design language seen at the front and sides. A black spoiler makes the small crossover seem longer than it actually is, improving its proportions while also helping with aerodynamics. The rear lights feature a horizontal orientation with a slim design. They extend inside the hatch and also wrap around into the body.

The lower rear fascia is finished in a glossy black material, much like the cladding that adorns the bottom portion of the doors, reinforcing the youthful character of the small CUV. Notice the intricate surface development at the outer edges of the body, which start just below the badging.

There are also a set of reflective strips just below the bottom portion of the hatch. That metallic-looking piece resurfaces just below the license plate cutout, followed by a reverse center-mounted light. Also notice that the exhaust is tucked under the vehicle, rather than being exposed. 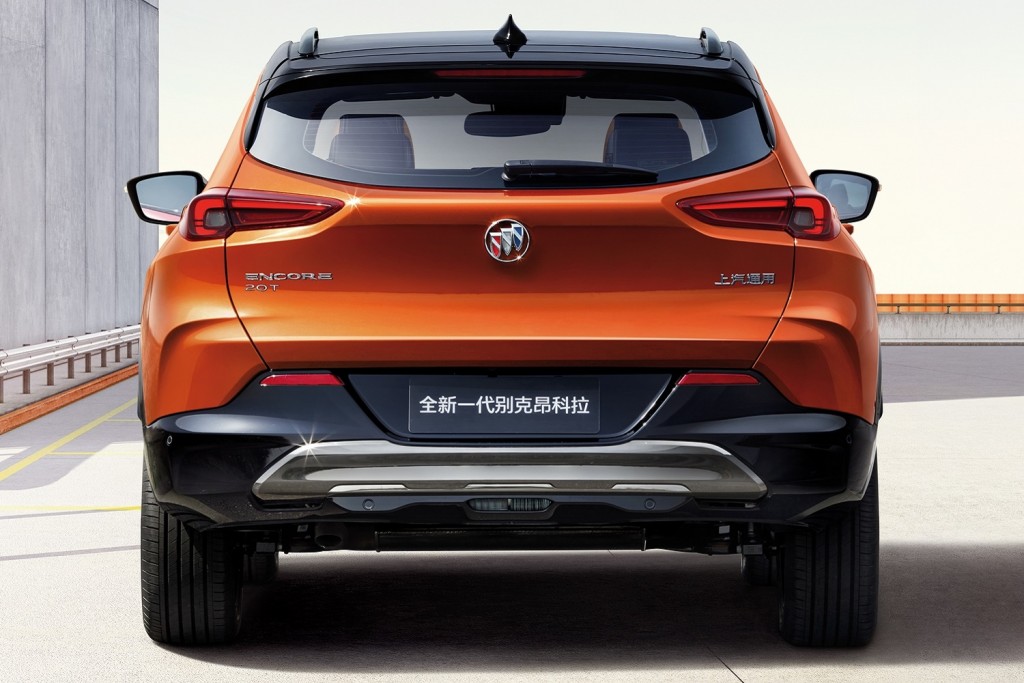 The entire design is playful, youthful, bold and refined – and feels right at home on the 2020 Buick Encore. As we noted above, this model is developed for China and other emerging markets. As such, it will not make its way to the United States and Canada, though it might come to Mexico.