Get this: the parent of Mercedes-Benz, Daimler, filed a trademark for the term “Arcadia” on May 2nd, 2019. If the name sounds familiar, that’s because it is one letter (the “R”) away from Acadia, the name of GMC’s mid-size, three-row crossover.

The similarities between the two names could sow a good deal of confusion among the public, some of whom already accidentally refer to the GMC Acadia as the Arcadia, for whatever reason.

We currently don’t know what plans Daimler has for the Arcadia name in the U.S., but the organizational means by which the trademark application was filed gives us some clues: Daimler filed the trademark under its Daimler Trucks North America division, which indicates that it could be planning to use the name for a future heavy truck under the Mercedes-Benz or Freightliner brands, both of which Daimler owns. 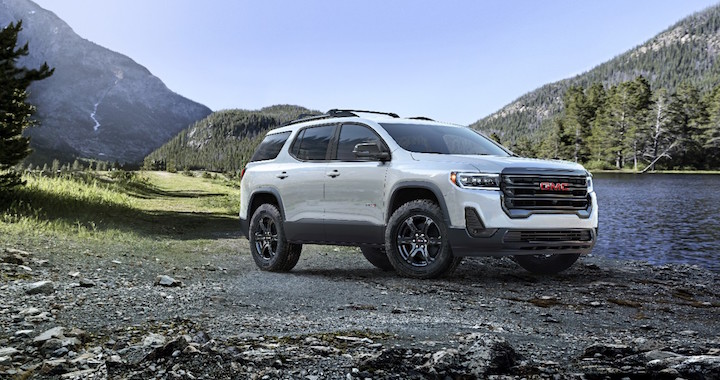 Things get even more interesting on the legal front: Daimler filed for its trademark in the goods and services category of “Heavy Duty trucks” while General Motors holds rights to the Acadia trademark in the “Motor land vehicles” category. That could give Daimler some defense if GM were to challenge the application, since shoppers are likely not likely to confuse a midsize crossover (a consumer good) with a full-size heavy truck (typically a commercial product).

But despite the different goods and services categories, the similarities between both names could give General Motors enough credibility to dispute Daimler’s trademark filing, given that similar names could ultimately confuse consumers. The real question now is whether it will do so.

We should also note Daimler simply filed an application to secure rights to the Arcadia term, and that the application has yet to be approved or even looked at by the USPTO – a process that can take months or, at times, years.