Jimmie Johnson and Hendrick Motorsports have unveiled the special paint scheme he will run on his Chevrolet Camaro ZL1 in this month’s Coca-Cola 600.

The paint scheme honors Sgt. Richard Donlan, who died during combat in the Vietnam War. Family members of Sgt. Donlan were also present when Johnson revealed the scheme, which features a digital camouflage base pattern and white Ally logos. 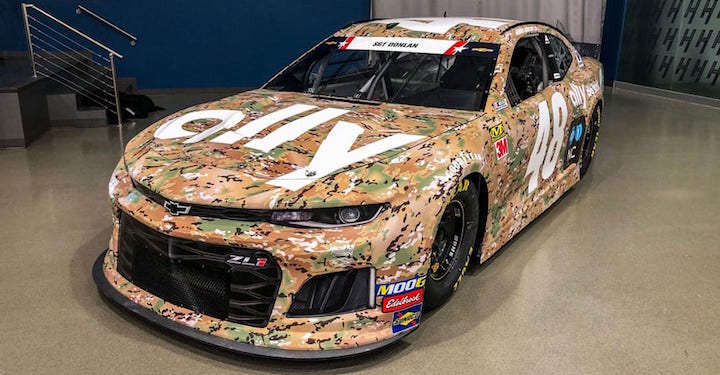 In addition to designing and promoting the custom paint scheme for Sgt. Donlan and his family, Johnson also assembled care packages for the USO of North Carolina, “putting together snack packs, writing thank-you notes and folding flags for soldiers overseas,” according to NASCAR.com.

Every single car in the 40-car field for the Coca-Cola 600 will pay tribute to a US war veteran. The race, also referred to as the 600 Miles of Remembrance tribute, is held on memorial day weekend each year. This year NASCAR is paying an extra special tribute to those who have fought and died for their freedom, bringing the drivers down pit road at the end of Stage 2 for a moment of silence.

“Any moments like that to stop and think are important,” Johnson said in a statement. “I can only imagine how television will use that opportunity to honor those folks. Really use the night to say thank you, which is amazing.”

“Times like this put it all in perspective,” he added. “You meet family who’s associated with the fallen and you can only imagine what they’re going through and what they’ve been through.”

“Then, you look through our industry and you see week in and week out the commitment we all have to the Armed Forces and the recognition that’s given. Then it all comes together for Memorial Day weekend and our sport just does an amazing job of being active and involved.” 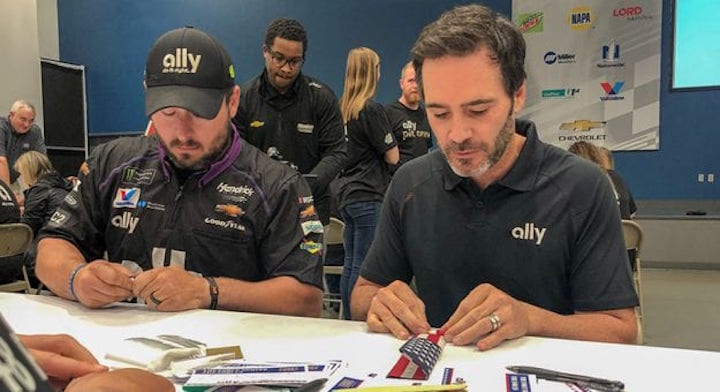 You can catch Jimmie’s special camouflage paint scheme in action when the the Coca-Cola 600 goes green on Sunday, May 26.