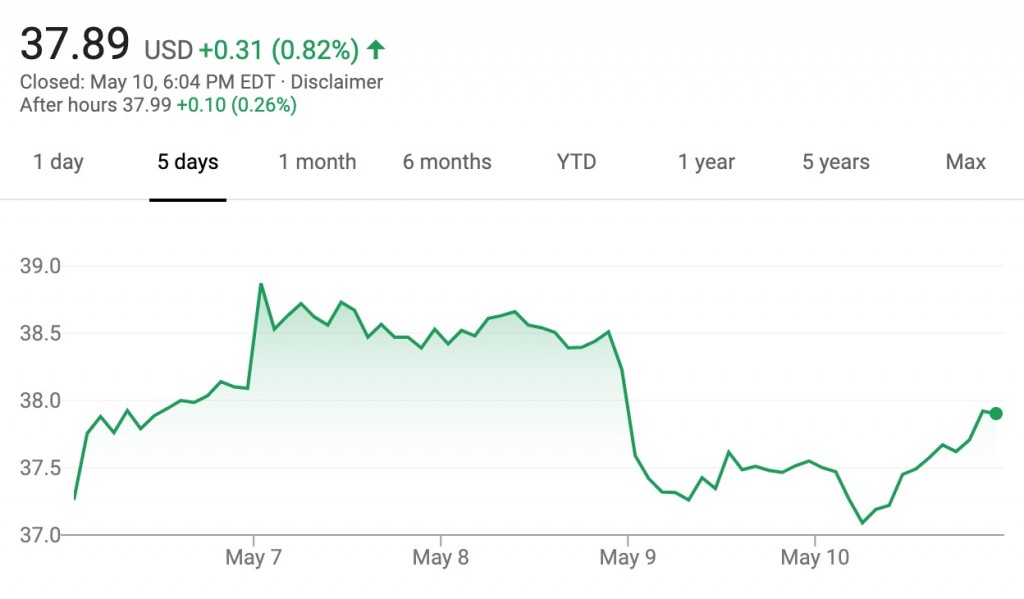 The decline in value experienced this week marks the third weekly drop for GM stock after four consecutive weeks of gains. Shares saw a weekly low of $37.04 (on Friday) and a weekly high of $38.53 per share (on Tuesday). As such, the value has again fallen below the $40 per share mark – which the stock has briefly surpassed five times so far this year. By comparison, shares of GM’s cross-town rival, the Ford Motor Company, fell by $0.20 per share.

We posit that the decline in GM stock value this week was the result of the ongoing trade war between the United States and China, which sent ripples through the stock market. The Dow Jones Industrial Average, for instance, saw a drop of 1.5 percent during the week.

Despite these notable actions, the value of GM stock has struggled to surpass the $40 mark, spending most of its time in the $33-$38 per share range, while the value of the “new GM’s” IPO was $33 per share in November 2010. The circumstance has had many investors frustrated. However, the current value of $37.89 represents an improvement in the value of GM shares. In fact, GM stock has gained about 18 percent since opening the year at $33.64 per share on January 2nd, 2019, thereby outperforming the Dow Jones Industrial Average.

It will be interesting to see how GM stock performs during the rest of the year, especially as the Detroit-based automaker launches its GEM-based vehicles for developing markets, completes the roll-out of its full-size pickup trucks, begins to launch its all-new full-size SUVs and various new Cadillac models – all products that are expected to contribute significantly to its bottom line. In addition, the automaker is planning to roll out an autonomous ride sharing service from its Cruise division by the end of 2019. GM sees it as a “trillion dollar opportunity”, with Cruise AV division on track to launch the service in limited markets by the end of this year.