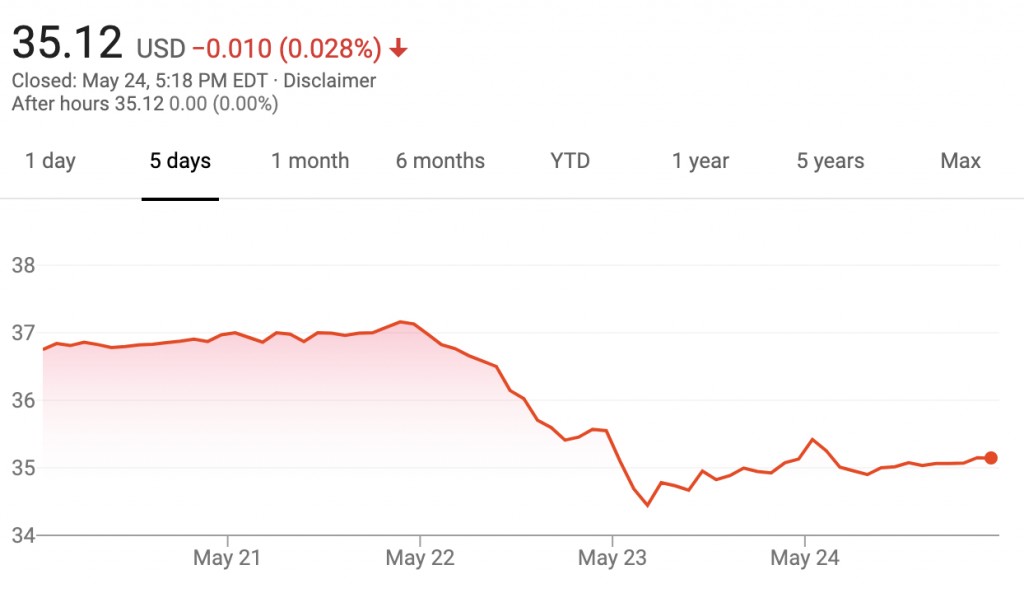 The decline in value experienced this week marks the third consecutive weekly drop for GM stock after four consecutive weeks of gains. Shares saw a weekly low of $34.35 (on Thursday) and a weekly high of $37.24 per share (on Tuesday). As such, the value has remained below the $40 per share mark – which the stock has briefly surpassed five times so far this year. By comparison, shares of GM’s cross-town rival, the Ford Motor Company, fell by $0.46 per share.

We posit that the decline in GM stock value this week was the result of the prolonged trade war between the United States and China, which continued to send waves through the stock market and the economies of both countries. The Dow Jones Industrial Average, for instance, decreased slightly during the week as well.

Despite these notable actions, the value of GM stock has struggled to surpass the $40 mark, spending most of its time in the $33-$38 per share range. By comparison, the value of the “new GM’s” IPO was $33 per share in November 2010. The circumstance has had many investors frustrated, though the current value of $35.12 represents an improvement over the IPO price.