The 103rd Running of the Indianapolis 500 will be held this week and excitement is high.

With the biggest race of the year almost upon us, now is a good time to take a look back at some of the General Motors pace cars that have led the field to green over the 100 plus years the Indy 500 has been run. You probably know all about some of the more iconic cars that have paced the field, like the 1969 Chevrolet Camaro convertible or the multitude of Corvettes, so instead, we’d like to shine a light on some of the stranger GM products to serve as the pace car.

Check out our small list of five of the oddest GM Indy 500 pace cars below and feel free to let us know which ones you think we missed in the comments below. 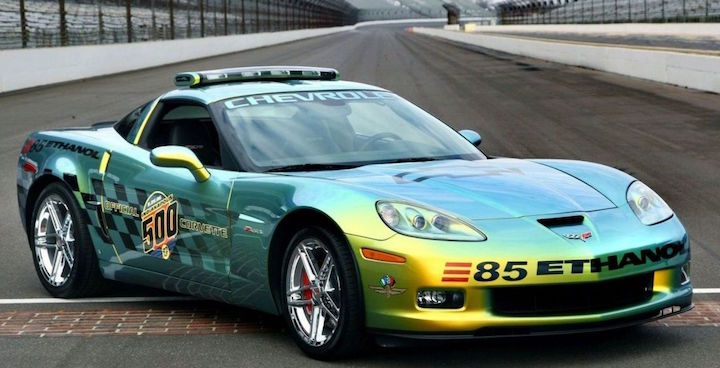 The Corvette is the most common Indy 500 pace car historically, but there is something a bit odd about the Corvette Z06 E85 Commemorative Edition that paced the field in 2008 with Emerson Fittipaldi at the helm. It was converted to run on greener E85 ethanol (“flex fuel” was all the rage in 2008) and featured an eye-popping pearlescent yellow/green exterior color. 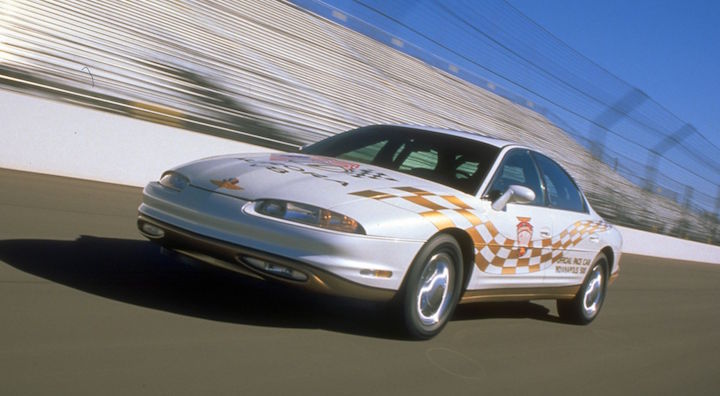 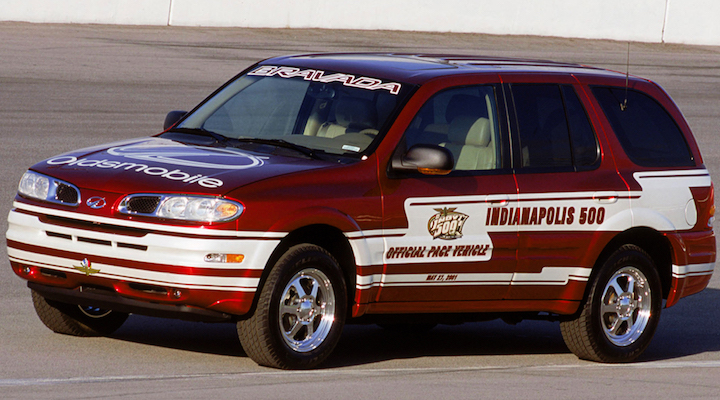 Oldsmobile upped the weirdness in 2001 when it rolled out the Oldsmobile Bravada pace car. With SUVs and crossovers exploding in popularity at the time, making the Bravada the Indy pace car was likely seen as a great marketing opportunity within GM. 18 years on, though, this definitely seems like a weird choice. American model Elaine Irwin-Mellencamp had the pleasure of driving this one. 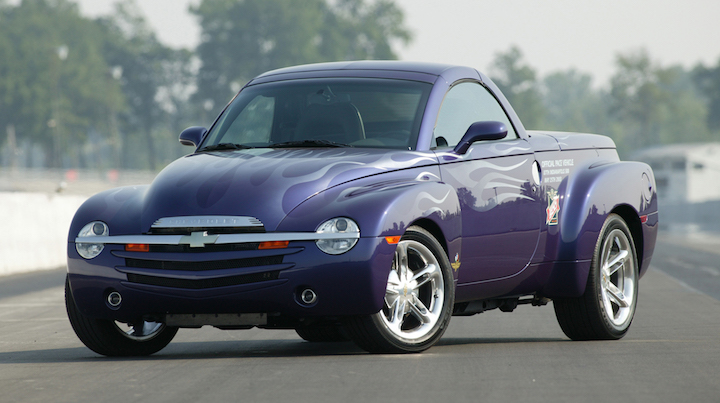 The Chevrolet SSR has some diehard fans, but its oddball looks make it undeniably weird. GM selected the SSR to lead the Indy 500 field to green in 2003 and put former executive director of GM Racing behind the wheel, Herb Fishel. They also painted it purple and gave it some semi translucent flames. Nice.. 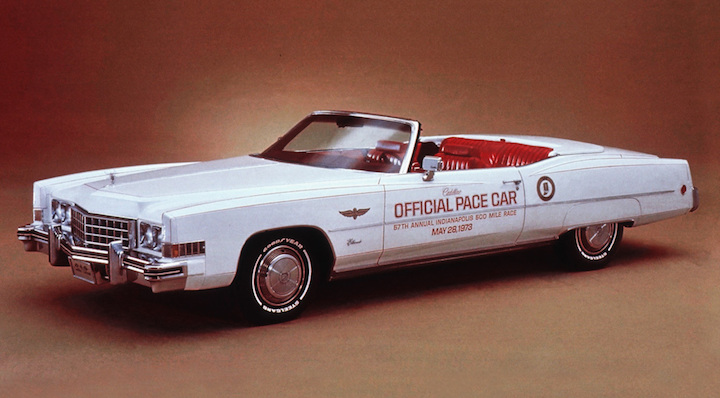 The Cadillac Eldorado isn’t the only large American luxury barge to pace the Indy 500, but it just may be the biggest. With a wonderfully luxurious interior, soft floaty suspension and a relaxed V8 engine, the Eldorado was an unlikely pace car that somehow managed to look damn cool when leading the field. Weird as it may be, the Eldorado pace car is extremely on-brand for 1970s America. It was driven by 1960 Indy 500 winner Jim Rathmann.