The successor to the record-breaking, General Motors twin-turbo LSx-powered Hennessey Venom GT, the Venom F5, will soon be upon us.

In a recent episode of the official Hennessey Performance Engineering podcast, company founder John Hennessey revealed the first Venom F5 carbon fiber monocoque chassis is currently being manufactured and will soon be delivered to the HPE shop in Texas. Once the chassis is delivered, his company can begin bolting the engine, transmission and other components to it – creating their first official example of the 1,600 horsepower American hypercar. 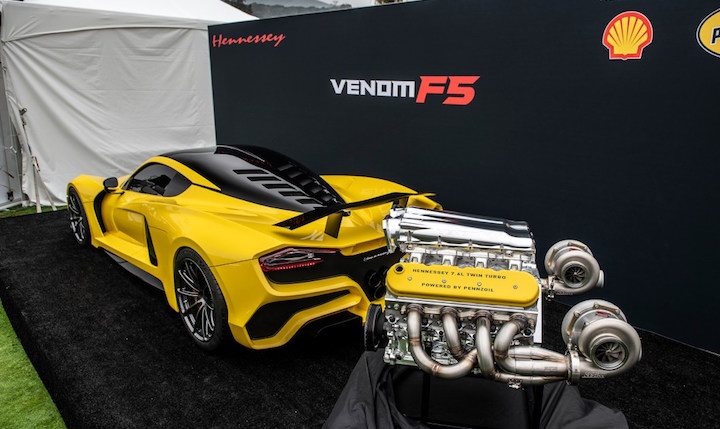 “I’m very happy to report that we have begun building the first carbon fiber chassis, which is a pretty huge deal,” he said. “I mean you go back to the Venom GT, everybody knows that instead of building our own chassis, which is a lot of work and a huge expense, we used the Lotus (Exige) tub, which worked out very very well, but the new car really demanded its own chassis for a lot of different reasons.”

While the Venom GT was powered by an LS-based engine, the Venom F5 will use a custom-built, twin-turbocharged Hennessey 7.6- liter V8 engine. The engine will be rated at 1,600 hp and 1,300 lb-ft of torque, however HPE has allegedly tested the motor at outputs of over 2,000 horsepower. While the production model likely won’t produce this much power, the company is aiming to break the 300 mph barrier with the Venom F5 and says they are ready to deliver the power it takes to get there. 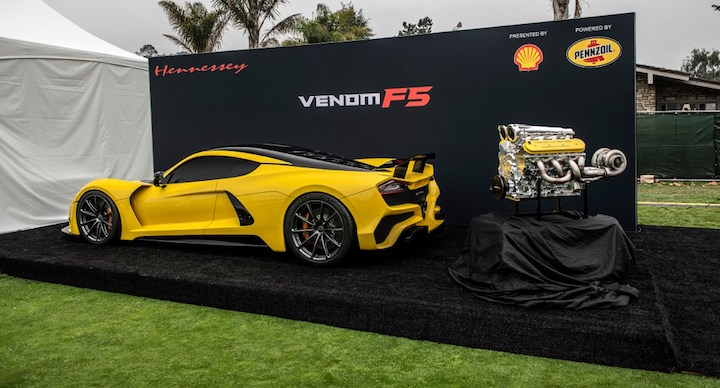 Paired with the engine will b a 7-speed single clutch paddle shift transmission, which will send power to the rear wheels.

In addition to a 300+ mph top speed, HPE claims the hypercar will be able to accelerate from 0 to 186 mph in less than 10 seconds. It also says it will accelerate from zero to 249 mph and brake back to 0 again in under 30 seconds.

Hear what else John had to say about the car in the podcast episode below.