Three races into the IMSA WeatherTech Sportscar Championship and Corvette Racing is third in class, with the two yellow Corvette C7.Rs struggling in the season opener at Daytona before taking podiums at Sebring and Long Beach.

The team’s outing to Long Beach was particularly strong. While the team didn’t win the race, which would have been its 100th win in IMSA competition, it took a double podium after both the No. 3 and No. 4 teams kept their noses clean in the chaotic street race.

Now Corvette Racing is looking to carry that momentum into Long Beach and at least put up a strong points finish, hopefully closing the gap to championship leaders Porsche GT Team. Ideally, though, the team will take the win and finally chalk up that elusive 100th IMSA victory.

“We will make sure in the practices that we have well-balanced Corvette that handles the elevation and directional changes with good drive off the corners,” said Antonio Garcia, driver of the No. 3 Corvette C7.R. “Long Beach was a solid weekend for the entire team, and hopefully we can keep that up at Mid-Ohio and into Le Mans.” 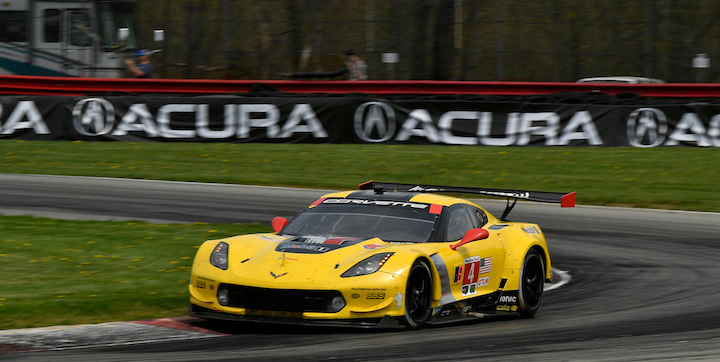 No. 4 Corvette C7.R driver Tommy Milner knows the flowing Mid-Ohio circuit will be a challenge for the team, but says they are looking forward to taking it on.

“Mid-Ohio kind of reminds me of a go-kart track in a good way,” he said. “You’re always working there with a lot of medium-speed corners that are all different but are all third- or fourth-gear corners. It’s such a tough race because you are working so hard for so long.”

“We’re lucky in the U.S. to have tracks like Mid-Ohio with so much history and character,” Milner added.  “We took good notes after last year’s race, so we’re looking forward to going back there to see how we can make the car better and have a better race.”

The Acura Sports Car Challenge at Mid-Ohio will begin at 1:40 p.m. ET on Sunday, May 5. It will air on live on NBC Sports Network and, as always, live audio coverage from IMSA Radio will be available via IMSA.com.