Simon Pagenaud has had a rough couple of NTT IndyCar Series seasons following his championship run in 2016, but the Team Penske driver snapped his winless streak this weekend with a memorable drive in the rain at the Grand Prix of  Indianapolis.

Pagenaud qualified eighth and ran up front for the first three quarters of the race, which started dry and experienced patches of rain throughout. The rain then began to fall decisively with about 20 laps to go, at which point Pagenaud began an impressive charge from sixth to second. 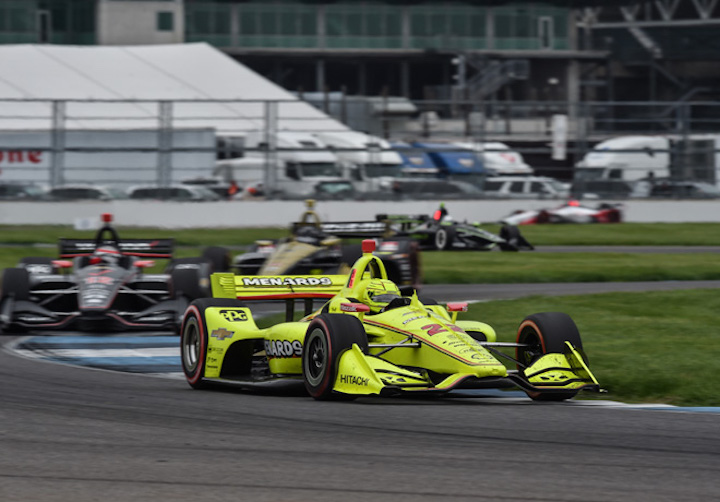 The Frenchman then closed in on race leader Scott Dixon with two laps to go. Dixon, feeling the pressure from the faster car behind, drove the corner too deep in his Chip Ganassi Racing Honda, allowing the highlighter yellow Team Penske Chevrolet to take the lead through Turns 8 and 9.

“What a way to start May!” Pagenaud said post-race. “The car was fantastic; the car was awesome all day. We had something for everybody.”

“I pushed all race. When the rain came, I wasn’t sure it was going to work. Surprisingly, it was just the best out there. When Dixon was really struggling with his tires, you could see that,” he added.

“I was just braking as deep as I could to catch him. I wasn’t really planning on passing him there. He made a slight mistake.” 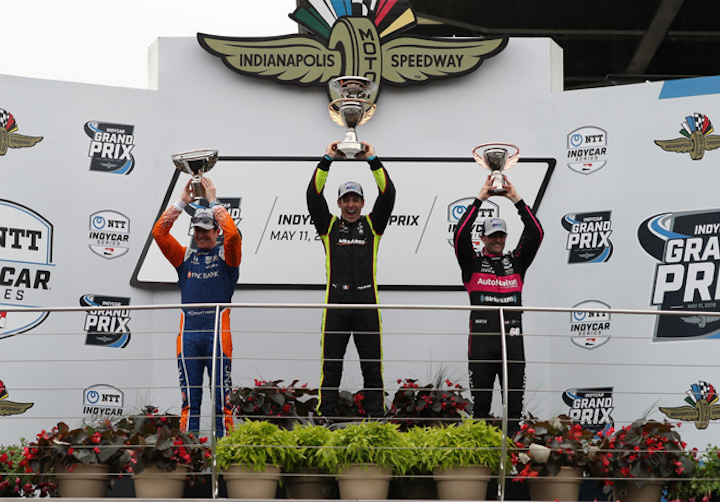 Pagenaud’s Team Penske teammate Josef Newgarden struggled as he drove to a 15th-place finish in his No. 2  Chevrolet, however, the result was enough for him to retain the points lead over five-time NTT IndyCar Series champion Dixon.

The next race of the NTT IndyCar Series is the 103rd running of the Indy 500, set to go green on May 26th. For full highlights from the Grand Prix of Indy, check out the video embedded above.