Look at U.S. history, and you’ll discover a litany of bitter rivalries: Aaron Burr and Alexander Hamilton, Joe Frazier and Muhammad Ali, along with Preston Brooks and Charles Sumner, with Brooks nearly beating Sumner to death with a walking cane in the U.S. Senate chamber in 1856. Then there’s Chevrolet and Ford, a rivalry that has brewed for a century, and – for one Virginia man – recently boiled over to violence.

Mark Turner got into an argument with his girlfriend’s adult son about which is better, Chevy or Ford. It’s unclear which side of the fence Turner was on. But once the argument started, Turner stormed off into his house and returned with a knife. Turner’s girlfriend tried to get between the two, but Turner allegedly stabbed her in the lower back.

Turner then stormed back into his home, this time returning with a gun. The girlfriend attempted to put herself between the pair again, but Turner fired his gun, shooting the woman in the leg five times. Turner then shot the girlfriend’s son in the arm. Reports say two more shots ricocheted, striking a third person in the cheek and back. Someone finally called police with a tactical team showing up at the residence. 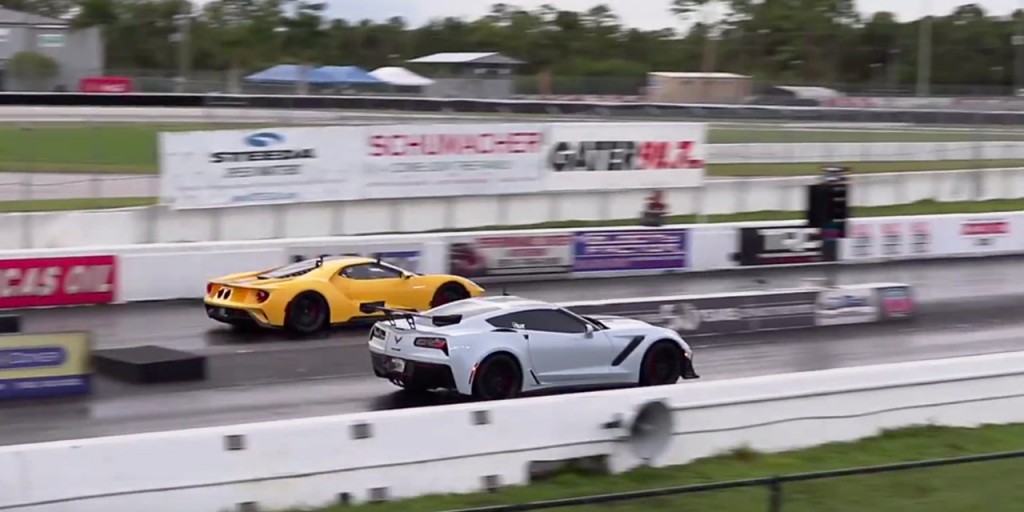 When police arrived, the three victims identified Turner as the shooter, who returned outside without a weapon. He confronted the police while reportedly being heavily intoxicated. Police subdued Turner and took him into custody. He was charged with two counts of malicious wounding, using a firearm in a felony, and possession of a firearm as a felon. He has not been charged for the two ricocheted rounds that struck the third person in attendance; however, additional charges are possible.

The Ford versus Chevy rivalry won’t be settled with knives and guns. That’s a lot of unnecessary violence for a question best left answered on the track.