Certain cars exude specific expectations. Seeing a coupe with fat tires, a throaty exhaust and low ground clearance will likely make one think that it’s ready for the track. But a body-on-frame SUV with plush seating and a laundry list of the latest amenities conveys thoughts of a comfortable family hauler. But General Motors has upended those expectations with the Chevrolet Tahoe RST Performance Edition, and filmed a video to show just that. The 90-second-long clip shows the full-size Tahoe RST SUV doing something you’d expect to see a Chevrolet Camaro doing – drifting.

The Tahoe RST Performance Edition is a stellar machine with the necessary specs to turn rubber into smoke. It swaps the Tahoe’s standard 5.3L V8 L83 and 8-speed automatic transmission for the more powerful 6.2L L86 V8 engine (making0 420 horsepower and 460 pound-feet of torque) and 10L80 10-speed automatic gearbox. A high-capacity air cleaner, a 3.23 rear axle ratio, and Magnetic Ride Control with a sport/performance calibration round out the package. 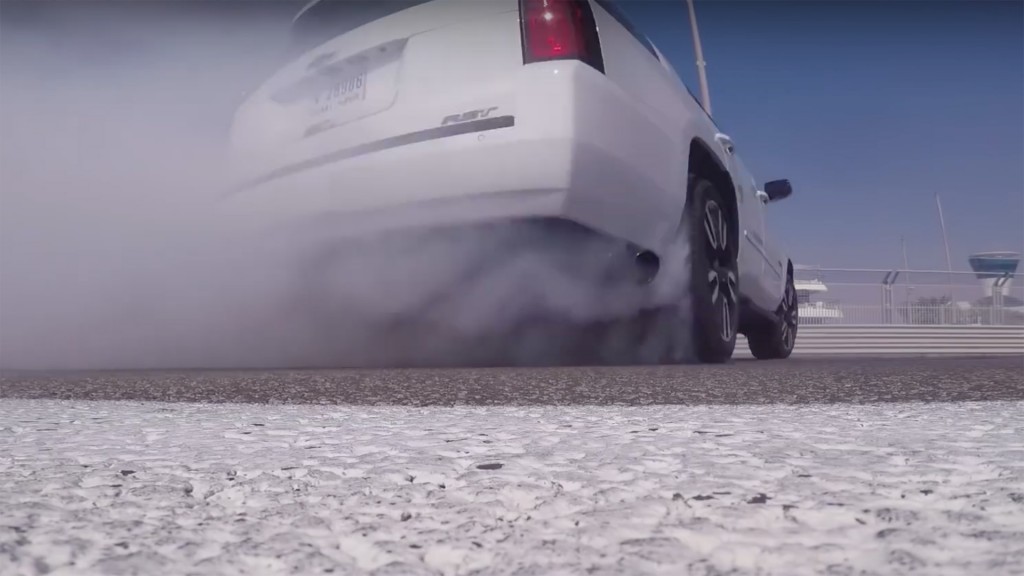 In the video, Ahmad Daham, a professional drifter who began taking cars sideways in billows of smoke as a teenager, takes the Tahoe RST onto the Yas Marina Circuit as part of a collaboration between Chevrolet and Red Bull. To note, Daham has been competing professionally in drifting competitions for the past seven years and has won four regional drifting championships as a Red Bull athlete. 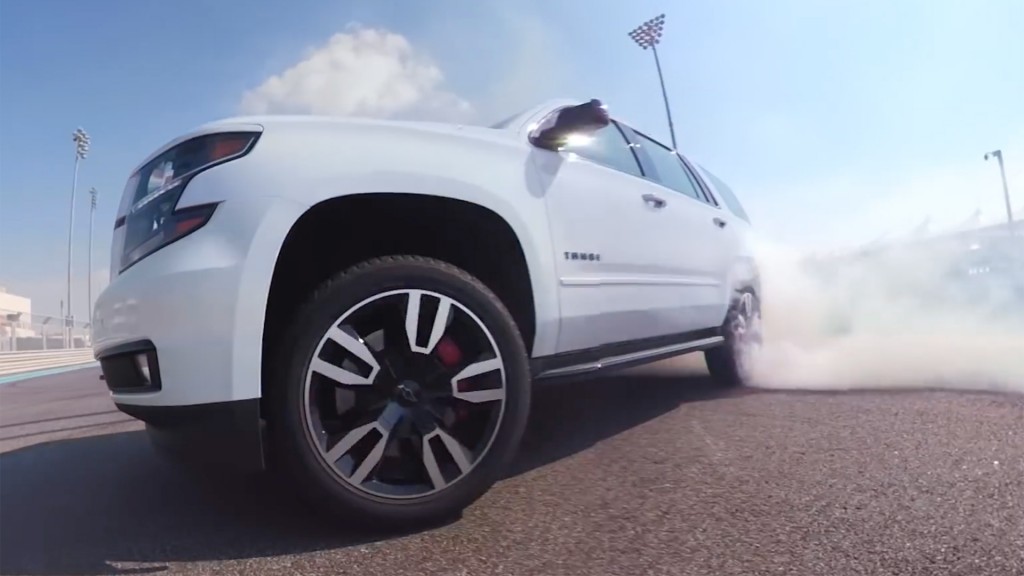 “In the drifting community, we don’t typically use SUVs for stunts and competitions,” Daham said, “But the Tahoe RST is a beast. Its powerful engine, excellent handling, and performance technology make it an insanely fun and capable car to drift, which is why it stands out from other SUVs for me as a professional drifter.” 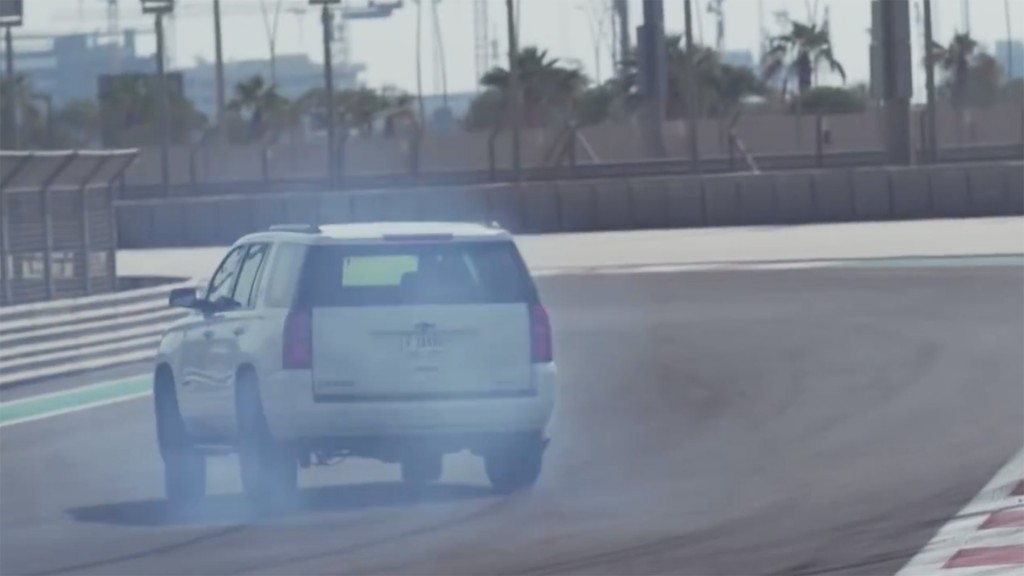 The performance-oriented Tahoe also looks the part thanks to the RST (Rally Street Truck) package, which adds a set of 22-inch gloss black aluminum wheels with custom silver inserts, and a host of body-color and blacked-out accents. For instance, the front and rear bow ties, mirror caps, grille, greenhouse trim and nameplate badging are blacked out, while the door handles, headlamp accents, and grille surround are finished in body color.

Watch the video for yourself, and lust after this beautiful monster, which looks stunning on the street, while having the chops to take on a track.