Chevrolet is in the hunt this weekend for its second consecutive victory in the world’s biggest and most important motor race – the Indianapolis 500.

Last year’s edition of the 500-mile classic was won by Team Penske and Will Power, who both look to be in contention for the win this weekend. Power will lineup sixth on the grid Sunday, alongside Ed Carpenter Racing’s Ed Jones and Harding-Steinbrenner’s Colton Herta. His Penske teammate Simon Pagenaud, meanwhile, will start from pole, lining up next to fellow Chevy drivers Ed Carpenter and Spencer Pigot.

The other Team-Penske Chevrolet entry starting in the top ten is that of Josef Newgarden, who will start eighth for the 103rd running of the Indy 500. Newgarden also has the opportunity to extend his NTT IndyCar championship lead over reigning series champ Scott Dixon with a win or strong result at the brickyard. 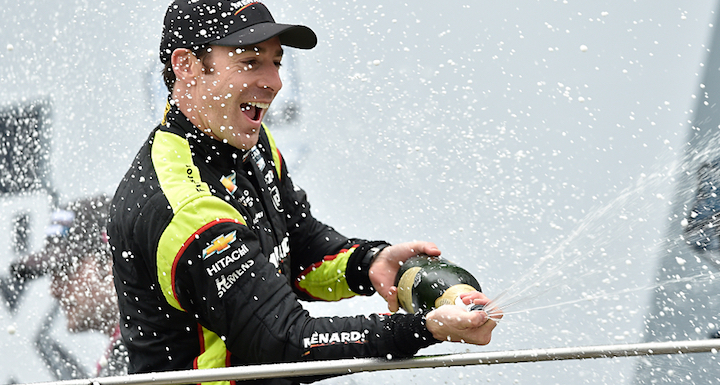 Power’s race strategist Ron Ruzewski thinks Team Penske’s speed, along with its momentum from Pagenaud’s win at the Indy GP road course earlier this month, have positioned it well for success.

“We had four good cars,” Ruzewski said. “(Pagenaud) was strong all month, and I think when we had to execute, there was certainly one guy that was going to get on the pole, and that was Simon. All month they’ve been on the ball, and of course, the momentum coming off the road course win, you’ve got to think about that, too. A combined couple of weeks here has been terrific. Now we have to go on and get the big one.”

While Team Penske stands the best shot at winning the 500 (for a Chevy team, anyway), there are a couple dark horses for the race. Tony Kanaan, winner of the 2013 Indy 500, will start 16th in his ABC Supply Chevrolet and will attempt to give A.J. Foyt his first race win as a team owner since 1999. JR Hildebrand, starting 21st, could also be in contention with his Salesforce Chevy after narrowly missing out on the win back in 2011.

Smaller teams and lesser known drivers, like Pippa Mann and her Marshall-Clauson Racing team, or Dragonspeed’s Ben Hanley, will also fly the Chevrolet flag this weekend. Additionally, Chevy team Juncos Racing, which bumped McLaren Racing and Fernando Alonso from the race in a nail-biting shootout last Sunday, will have lots of fan attention come Sunday, although they will be starting last.