Last year General Motors announced it was ramping up production of the Chevrolet Bolt EV in order to satisfy demand in Canada and particularly South Korea.

“The Chevrolet Bolt EV maintained its positive market response, with sales of 452 units in April,” GM Korea said in a statement. “The number of Bolt EV showrooms has grown to about 150 nationwide, including facilities in Seoul and its suburbs, as well as Daegu, Jeju, Daejeon, Gwangju and North Gyeongsang. Chevrolet will nearly double the number of exclusive electric vehicle service centers with fully trained technicians to 100 within the first half of this year.” 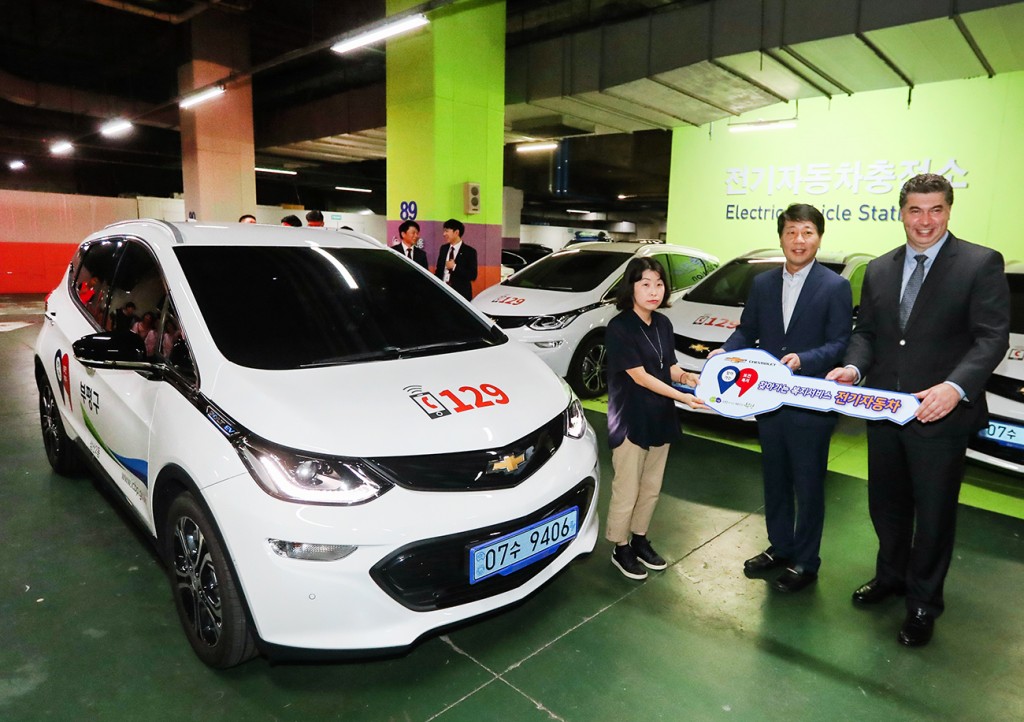 A Chevrolet Bolt EV that was bought by the Korean government.

Last year GM said the extra production would be “enough to help us keep growing global Bolt EV sales,” while also restocking its US inventories. US Bolt sales have stayed largely flat throughout 2019, although the EV may be in line receive a slight boost following the departure of the Chevrolet Volt plug-in.

GM Korea sold a total of 6,433 vehicles in April, representing an increase of 19.6% year over year. It said demand was driven by the Bolt EV, in addition to the Spark, Malibu and Trax. It was the second consecutive month of increased sales for GM Korea.