Larry Larson is rather famous in the drag racing scene thanks to his record-breaking Chevrolet S-10, which was the first street-legal vehicle to break into the five-second segment with a 5.95 pass at an incredible 244 mph. The truck is also the fastest street-legal drag car in America thanks to Larson’s legendary 5.89/244 mph pass he made back in 2015. 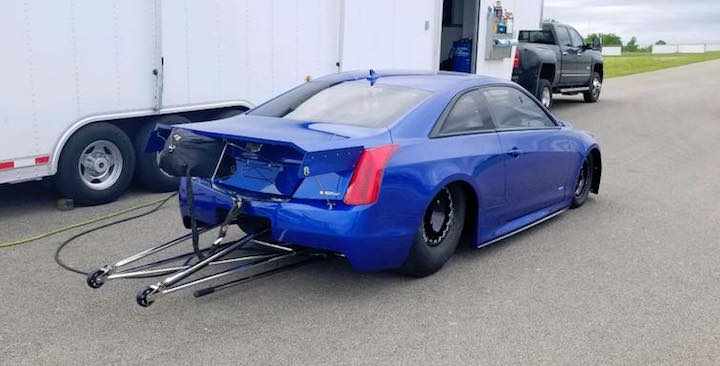 Larson was forced to get rid of the world famous truck at the end of last year’s drag racing season as it was no longer eligible for the Street Outlaws: No Prep Kings series that he competes in. He subsequently got to work on a new Cadillac ATS-V drag car to race this year, which he recently debuted during the No Prep Kings round at New England Dragway in Epping, New Hampshire.

The ATS-V, which looks to have a purpose built chassis wrapped in factory Cadillac ATS-V body panels, is powered by a billet Pro Line Racing 481X V8 engine with a single 136mm turbocharger and an M&M Racing Transmissions TH400 automatic. The engine should make around 4,000 horsepower, which should help Larson once again compete at the front of the ultra competitive No Prep series. 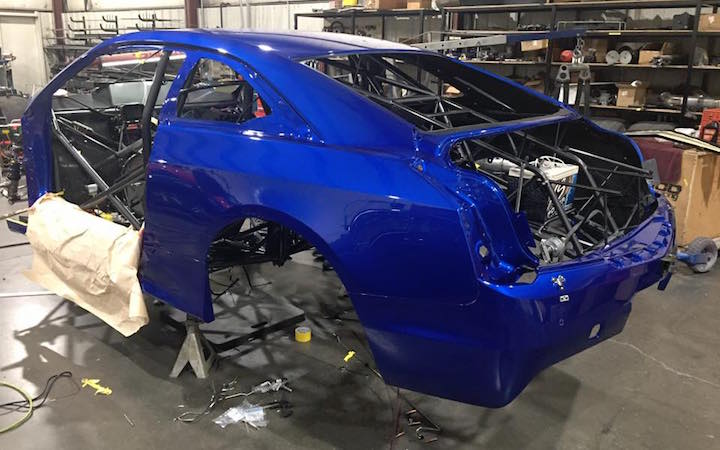 Larson is still getting familiar with the new equipment, it seems, but he should have his 4,000 horsepower Cadillac ATS-V running like a top and challenging the performance of his old S-10 in no time. For now, you can see his debut passes in the blue Caddy in the video embedded above.