The third and final generation of the Buick Roadmaster is something of a cult classic these days, and there’s data to show more enthusiasts are all about the portly station wagons.

Produced between 1991-1996, the Roadmaster was the final era of GM’s station wagon family. Unless you consider the Buick Regal TourX a reboot. The Regal TourX, however, has global ties. The Roadmaster was a big, American hunk of family hauling capacity. And in 1994, buyers could select a V8 shared with the Chevrolet Corvette at the time.

Today, collectors are taking notice. Bloomberg reported Tuesday on interest in the Roadmaster, which has jumped in recent years. Notably, Hagerty included the station wagon in its 2019 investment guide and called it the AMC Pacer of the 1990s. Unloved in its prime, but full of fanfare decades later. The insurance company noted a 50 percent rise in insurance quotes for the Buick Roadmaster from 2017 to 2018. That’s a lofty rise for a vehicle most would not consider a “collector car.” In fact, the Roadmaster clocked more quotes than any classic Mercedes-Benz. 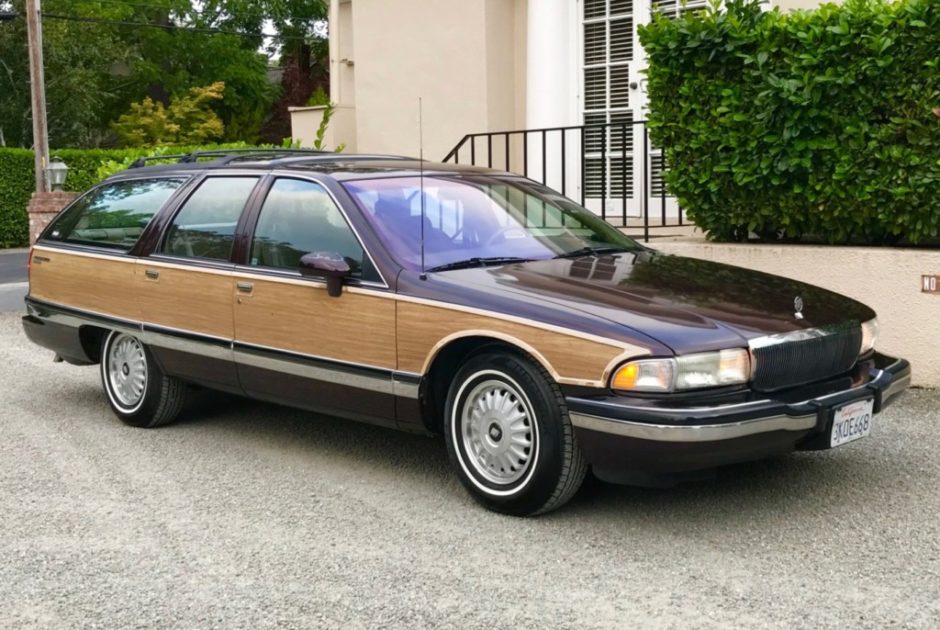 Enthusiast groups have a way of making seemingly obscure cars into oddball gems. This is especially true as younger collectors enter the market and prize different vehicles than older age groups. Those born in the 1980s and 1990s may have fond memories of family vacations in the back of a Roadmaster, and sentimental value often does good things for vehicle values.

That’s not to say anyone still holding onto their Roadmaster is in for a payday. The average list price for a Roadmaster is just under $3,000. Even the cleanest low-mileage examples have sold for under $10,000. Perhaps one day, they’ll be one of the hotter collector items, especially as clean examples become harder to find with the 260-horsepower V8 engine.