Last month, we told you about a 2019 Camaro Yenko Stage 2 that was heading to auction with 1,000 horsepower under the hood. In case you missed that one and really wanted one for yourself, a second car will be up for grabs in July. This one is even more special, as it’s the only black car fitted with black matte accents built during its very limited production run.

Only 25 of these special edition 2019 Camaro Yenko units have been built by New Jersey’s Specialty Vehicle Engineering (SVE). They’re based on the current Camaro SS 1LE, which already comes with a full battalion of performance enhancements such as a retuned suspension, Magnetic Ride Control, an electronic limited-slip differential, and Recaro racing seats. 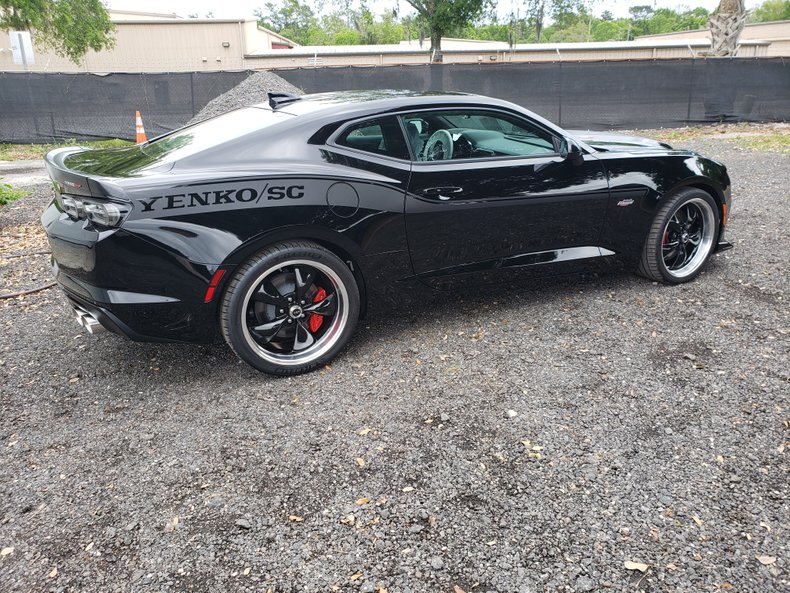 Dubbed the S/C Stage II, this extremely rare black example is powered by a supercharged version of the GM LT1 V8, but with a forged steel crankshaft, forged H-Beam connecting rods and forged aluminum pistons. The engine has been bored and stroked to 6.8 liters in order to pump out the magic figure of 1,000 horsepower. Of course, the stock Camaro SS 1LE’s brakes and six-speed transmission have been upgraded to withstand the leviathan power figures.

The car you see here only has 30 miles on the odometer. The last example we featured only had five less than that and auctioned for an astonishing $170,500. Considering the car’s original retail price averaging around $110,000 ($45,000 1LE plus $66,995 for the Yenko package), that’s a tremendously rapid appreciation rate for a car that’s barely been on the market for a year. Expect these things to skyrocket in value in the near future.