As such, the 2020 Chevrolet S10 maintains exactly the same appearance both inside and out. Despite its advanced age, which is now approaching a full decade on the market, the S10 is still rather competitive in its segment and is capable of satisfying the tastes of the target market in South America. More specifically, 2020 is the ninth model year of the current generation S10, and the fourth model year since its mid-cycle enhancement/refresh. For this particular update, GM improved on the Chevy S10’s connectivity – which remains one of its primary advantages over the competition. In addition to offering the MyLink infotainment system compatible with Android Auto and Apple CarPlay, the OnStar system of the 2020 Chevrolet S10 adds new features that owners can use via the smartphone, including: Another small yet noteworthy change to the 2020 Chevrolet S10 is the addition of a headrest to the third (middle) rear seatback for Double Cab (four-door) models. This detail completes the pickup’s safety equipment, which also includes six airbags, Front Collision Alert, Lane Change Alert, back-up camera with guidelines, Low Tire Pressure Warning, as well as electronic traction and stability control. Other than that, all other aspects of 2020 Chevrolet S10 continue unchanged. The midsize pickup truck will continue to be offered in three body styles and six trim levels.

The 2020 Chevrolet S10 continues to be offered by the same two engines as before:

Both engines can be coupled to either a six-speed manual or automatic transmission. The 2020 Chevrolet S10 is available now across Chevrolet’s Brazilian dealer network and interested parties can purchase the midsize pickup truck in the following seven color options:

The Chevrolet S10 is assembled at the GM São José dos Campos plant in Brazil. The facility supplies the pickup to all South American markets. This version of the midsize pickup truck is also sold in Southeast Asia as the Chevrolet Colorado and in Australia/New Zealand as the Holden Colorado. The model is mechanically similar, but notably different, compared to the Chevrolet Colorado (and GMC Canyon) sold in North America, as both share the GMT31XX platform.

Subscribe to GM Authority as we bring you the latest Chevy Colorado/S10 news, Chevrolet news and ongoing GM news coverage. 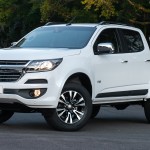 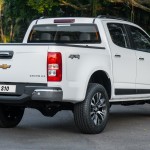 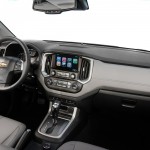 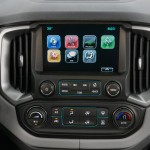 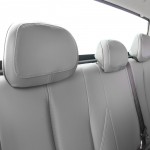 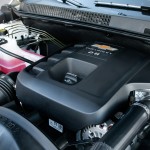