The 2020 Cadillac CT4-V is slated to debut in just an hour at a private showing in Detroit, but when it arrives, it will have the latest high-spec version of the just-announced 2020 BMW 1 Series Hatchback to contend with, at least in some markets.

The new BMW 1 Series hatch arrives riding on a new, front-drive platform shared with some Mini models. Sitting at the top of the range is this 2020 BMW M135i xDrive. 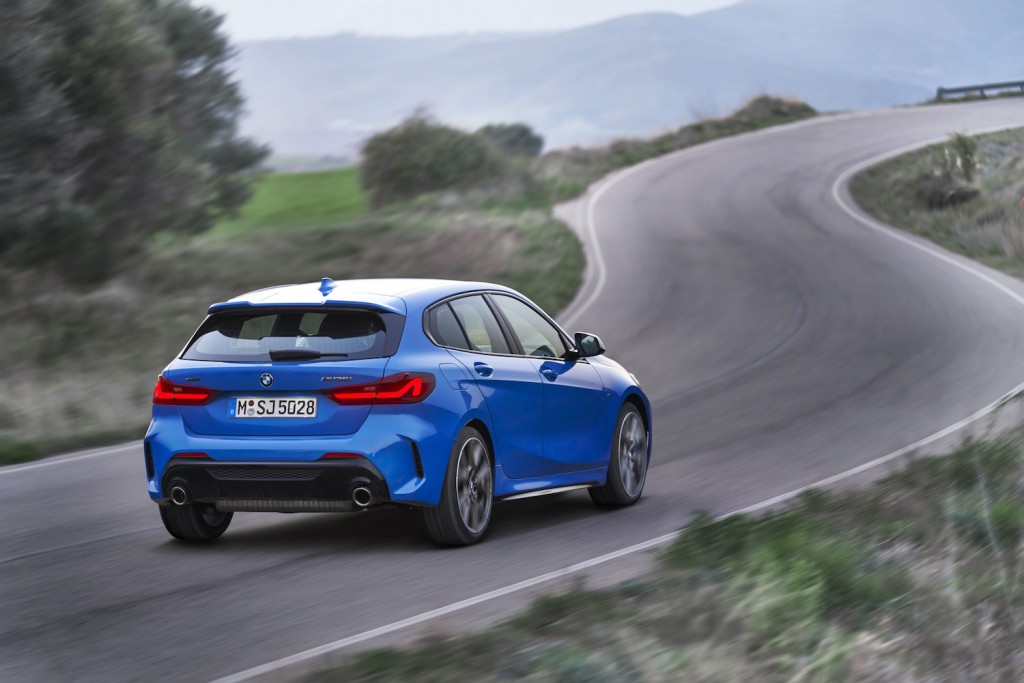 From the outset, there are a few clear differences between these two models. For example, the Bimmer is a five-door hatchback, whereas the Cadillac CT4-V will be a three-box sedan. What’s more, the BMW uses a front-wheel-drive platform, while the CT4-V will ride on the universally-praised GM Alpha platform shared with the first-gen Cadillac ATS. It’s currently unknown whether the CT4-V will be available in RWD or AWD, or both.

Under the hood, the 2020 BMW M135i xDrive is equipped with a turbocharged 2.0L I4 engine making 302 horsepower. It’s mated to an eight-speed automatic transmission and all-wheel-drive system. Performance figures include a 4.7-second 0-to-60 mph time, as well as a top speed of 155 mph.

As for the CT4-V, there are three distinct powertrain possibilities, including a variant of Cadillac’s 3.0L twin-turbo V6 LGW, a retuned version of the turbocharged 2.7L I4 L3B, or a high-strung version of the new 2.0L turbocharged four-cylinder LSY. All three options should hit the 400-horsepower mark, so we expect the Cadillac to have the Bimmer outgunned in terms of the power. 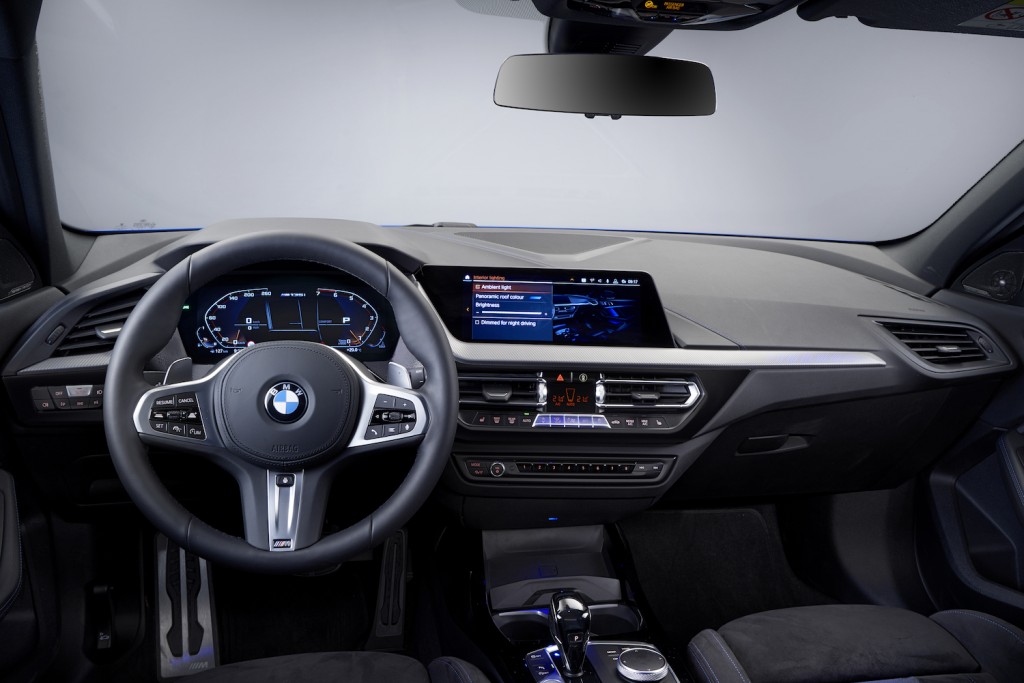 By comparison, the Cadillac CT4-V should boast the latest version of the Cadillac Infotainment System with new rotary controls and all the bells and whistles that the system entails, plus a full range of active safety and comfort features. 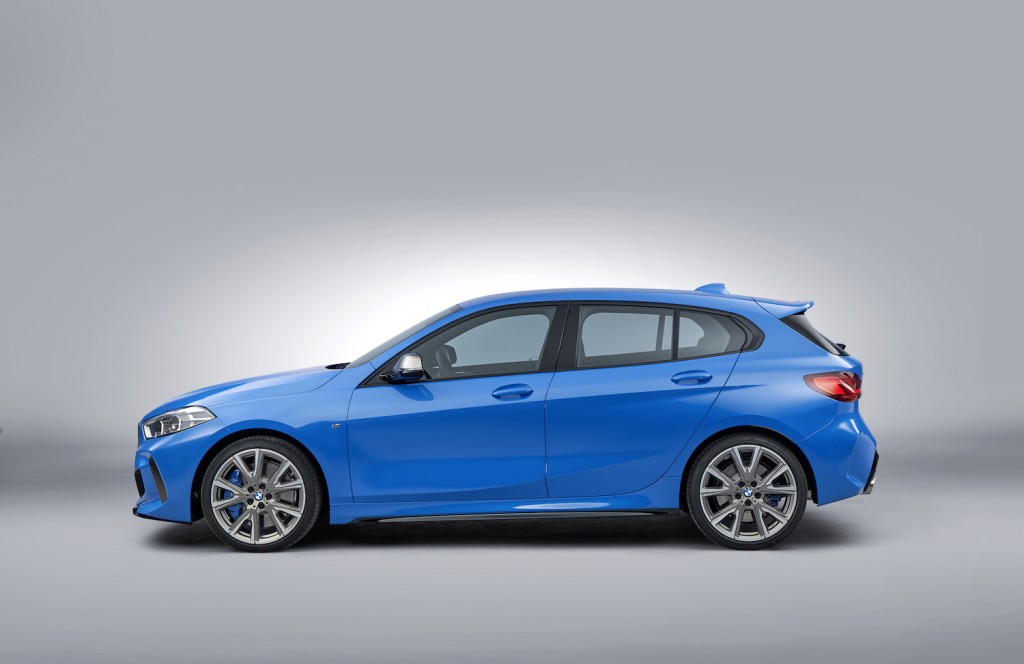 The Bimmer will also get big brakes and sharper suspension tuning with optional adaptive dampers. We expect the Cadillac CT4-V to go blow-for-blow in this area as well, using the awesome Magnetic Ride Control system found on the outgoing ATS-V.

The 2020 BMW M135i xDrive won’t come stateside, but it will definitely be sold in European markets, and with Cadillac’s intentions to expand its efforts across the pond, we could see these two models going head-to-head in the EU. Of course, these two will also have the Mercedes-AMG A35 joining in the fun, along with the Audi S3. 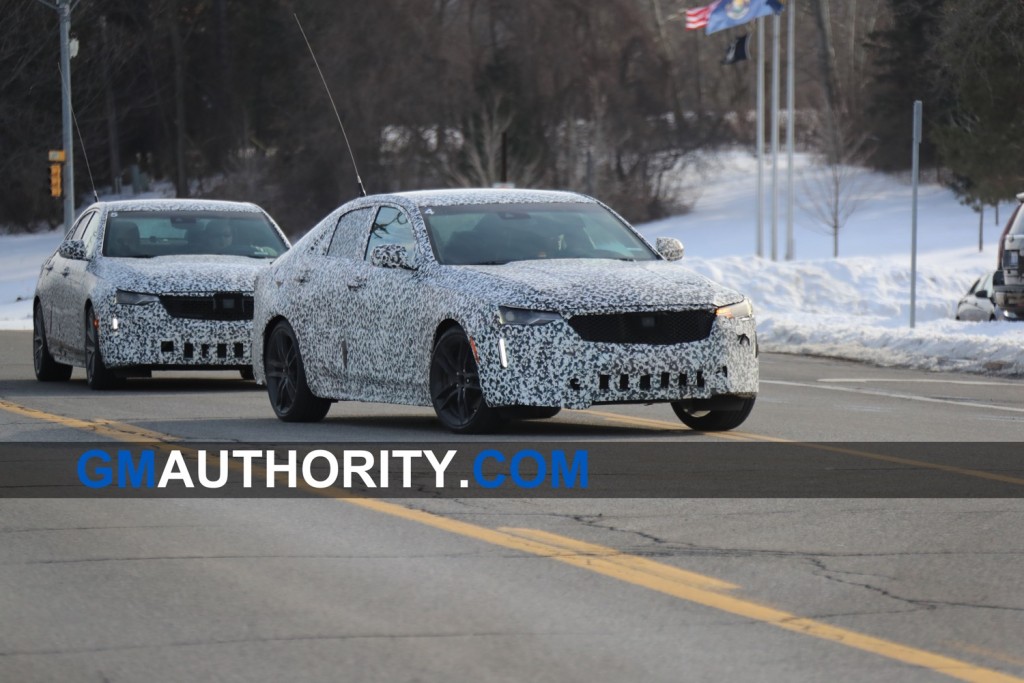 On these shores, the Cadillac CT4 will need to look out for the BMW 2-Series Gran Coupe, which will be based on the same platform as this new 1 Series hatch. That model should get an M235i model with extra firepower under the hood to rival the CT4-V.