Mother’s Day is here, giving us an opportunity to honor all the special women in our lives for all that they do. Though, we really should be doing that on a daily basis. And in light of this holiday, we would like to dedicate some time to the important features every mother needs to know about the Chevrolet Equinox. After all, one of the most important factors mothers consider when shopping for a car is how the vehicle caters to the comfort and safety of their family.

Now then, the Chevy Equinox was completely redesigned for the 2018 model year, introducing the third generation of the popular crossover SUV with all-new styling, a new interior, and a new engine range. It also shed some weight resulting in better fuel efficiency and better handling, while also shrinking in size slightly compared to the second-gen model it replaced, making it fall directly into the compact crossover segment.

All that aside, the Chevy Equinox has several interesting and important features that should especially resonate with mothers. Let’s go over them. 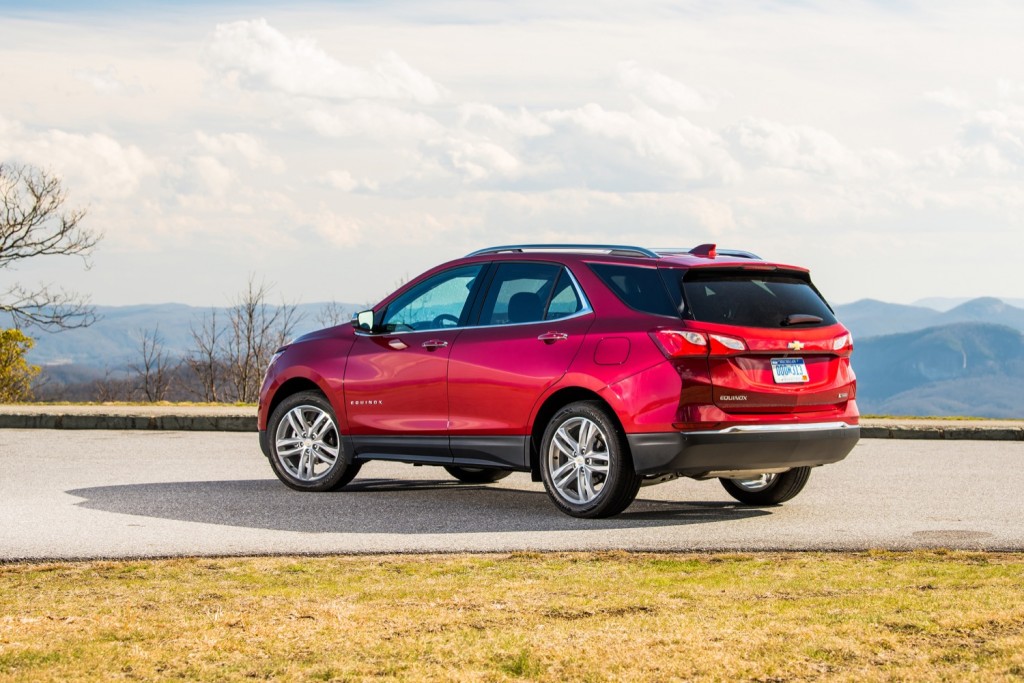 1. It Senses Danger Before You See It

The Chevrolet Equinox incorporates a slew of active safety technologies to identify potentially dangerous situations on the road. The advanced tech features stay a few steps ahead of you in order to keep you and your family safe. These include a host of radars, cameras, and sensors that constantly scan the vehicle’s surroundings and warn you of any impending dangers.

For instance, Lane Keep Assist helps you not drift out of your lane, while Forward Collision Alert keeps an “eye” on the road ahead to warn you of a potential accident. The feature will even brake for you at low speeds to reduce the severity of a crash and, in certain cases, avoid it altogether. 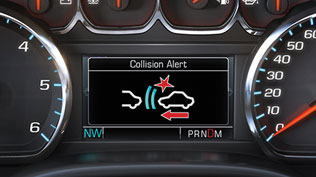 2. It Backs Up Safely

Most mothers can certainly relate to the challenge of parking in school zones, and also trying to reverse out of those parking spaces. Failing to see another vehicle passing behind your car during those stressful and fast-paced school runs makes for a good recipe for disaster. The Equinox alleviates these potential issues with its standard Rear Vision Camera (in high-definition on the range-topping Premier model) and available Rear Cross Traffic Alert System. 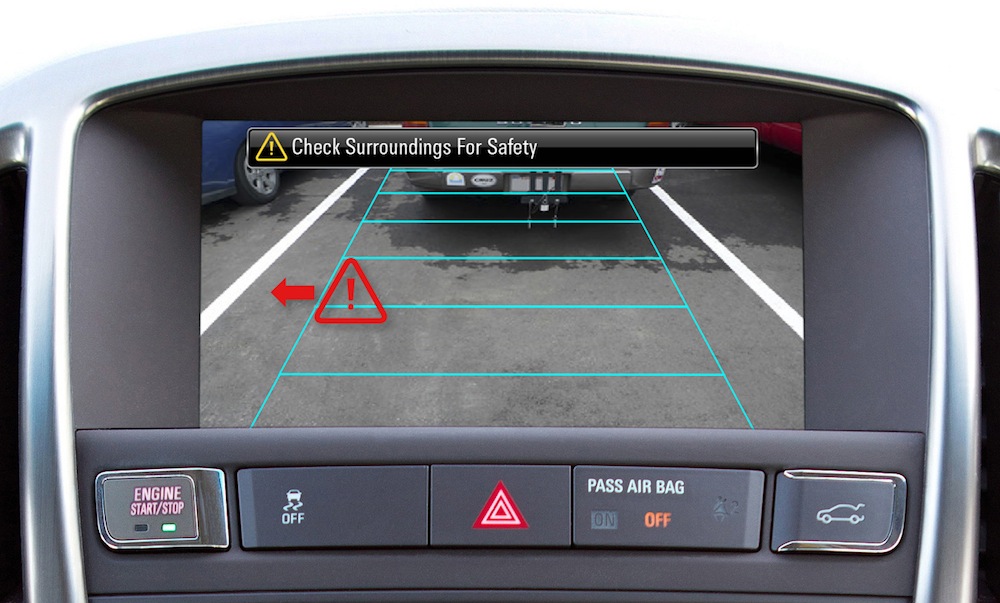 A set of sensors spot oncoming vehicles and alert you through both visual and audible warnings. The segment-exclusive Safety Alert Seat also vibrates in the direction that the car behind you is coming from. This way, if you miss one of these warning signals, the Equinox has two others to alert you with.

3. It Reminds You Of Things In The Rear Seat

There have been far too many news stories regarding children or pets being left behind in cars. The danger of these things cannot be overstated, especially when the situation can become potentially lethal in hot vehicles. With its segment-first Rear Seat Reminder, the Chevy Equinox will prompt you to check the back seats each time you park in cases when you have opened one of the rear doors. This convenient reminder means that you will no longer forget anything in the back seat, whether items, pets, or children. 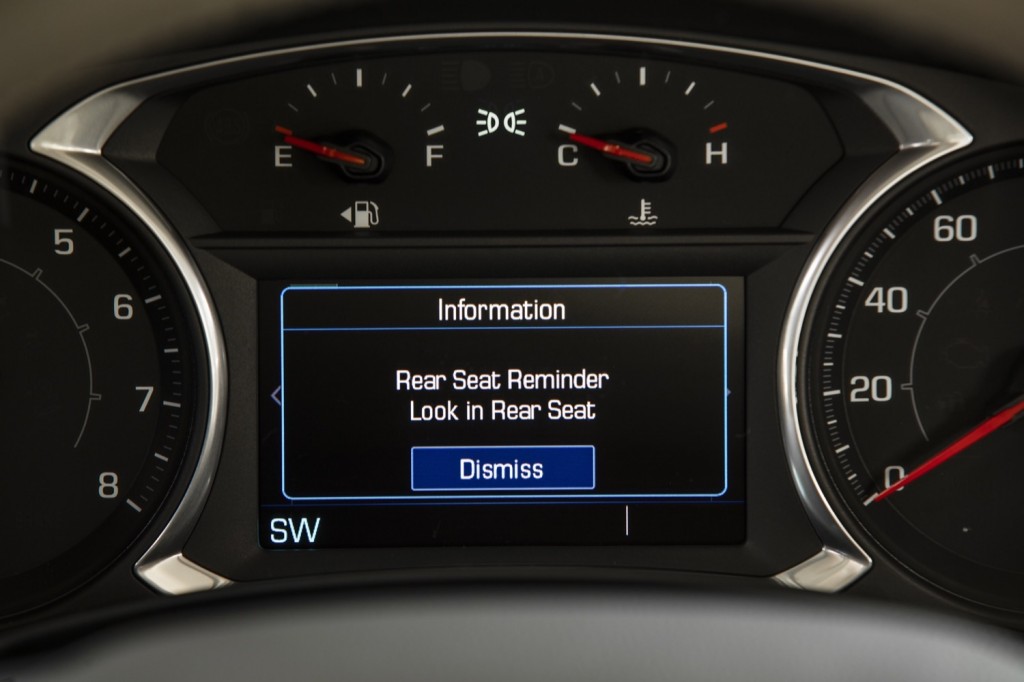 4. It Comes With Standard LATCH

Children are safest when they are in the back seat and in a car seat that is appropriate for them. Fitting a child seat in certain cars, however, can become a chore. But not in the Equinox.

That’s because the crossover comes standard with the LATCH system, which makes setting up and securing a car seat easy with just a few clicks. There is no need to spend time messing around with seat belts, since the system makes getting your children in and out of the car virtually effortless. 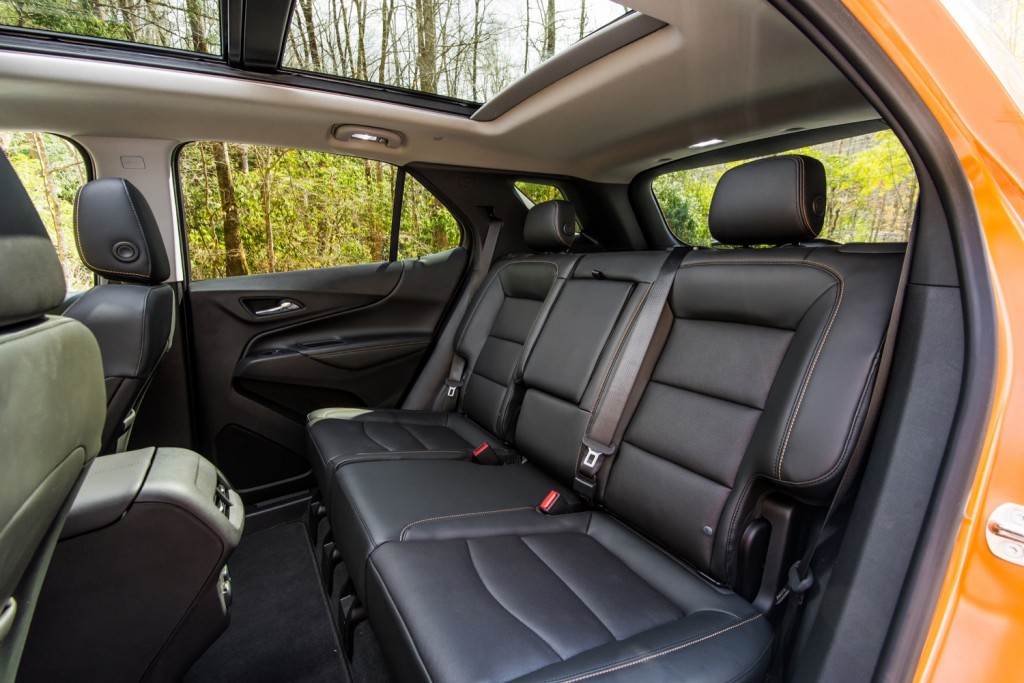 5. It Keeps Everyone Connected

Backseat passengers in the Chevrolet Equinox have access to two USB ports (located in the rear of the center console) specifically intended for charging. This way, you won’t have to hear your children arguing over who gets to plug in their phone or tablet. After all, a quiet cabin is a happy cabin. And in case you need more power sources, there are two USB ports (along with an auxiliary input jack) located in the front center stack storage area. 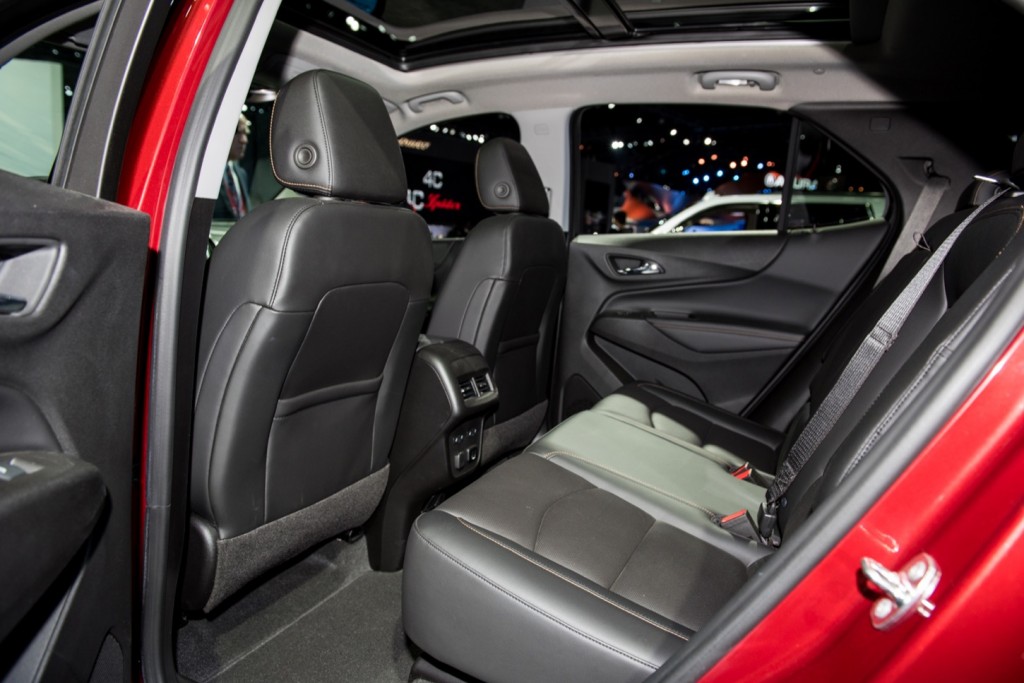 Speaking of keeping everyone quiet, content, and connected, the Chevy Equinox comes equipped with OnStar’s high-speed 4G LTE Wi-Fi, which offers a fast and reliable Internet connection that’s typically more powerful and reliable than that of a smartphone or mobile hotspot. 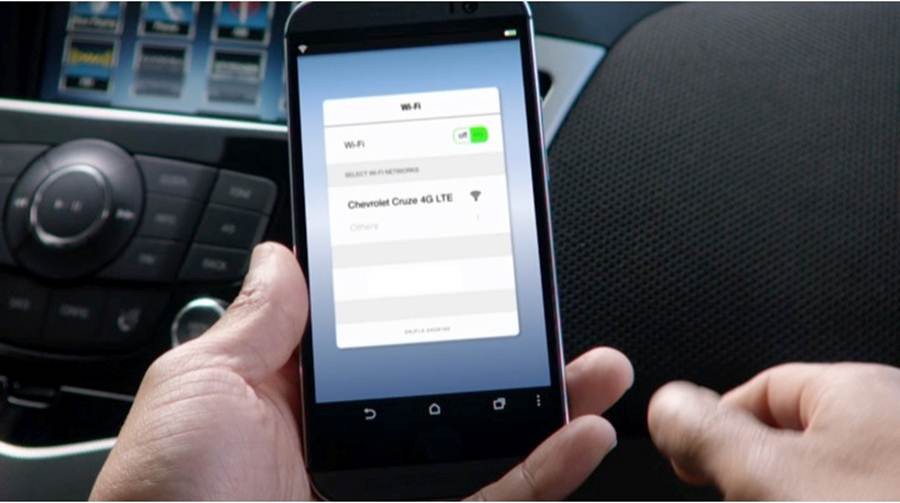 You can also connect up to seven mobile devices to the Wi-Fi hotspot at the same time, so you and your passengers (children) can surf, post, work, stream, and game at 4G LTE speeds. The first three months or 3GB of data, whichever come first, are included with the purchase of a new Chevy Equinox. After that, you can purchase more data or a recurring plan for relatively affordable prices. 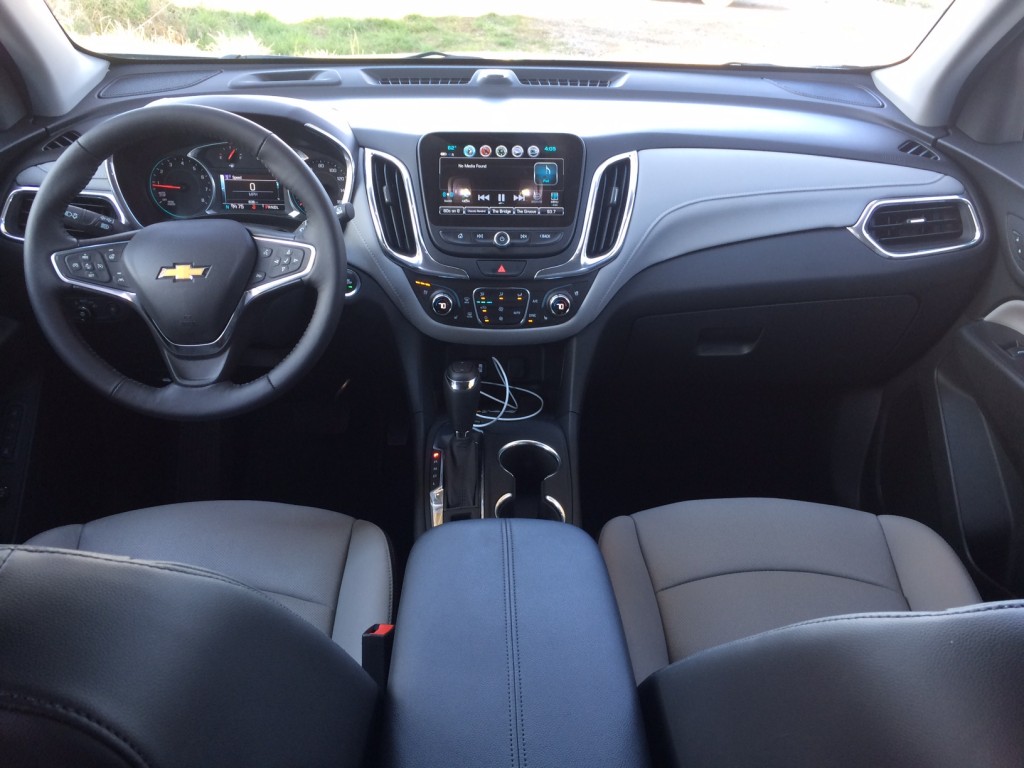 7. Its Seats Keep You Warm

No one enjoys getting into a freezing car. With the Equinox, not only will the vents send comforting warm air toward you, but the seats will also heat up to comfort parts of your body, almost instantly. The heated front seats are standard on the Equinox Premier trim and are available on the mid-range LT model. Heated outboard rear seats are only available on the range-topping Premier, keeping backseat passengers and children comfortable during those wintry months.

8. It Has The Convenience Of Remote Start

Much like the unpleasantness of entering a cold car, no one enjoys getting into a scorching hot car that’s been sitting out in the sun all day – especially if it has leather seats. In this case, the Chevrolet Equinox is equipped with a remote start system. Perform a remote start via the key fob or the myChevrolet app, and the Equinox starts up starting and “warming” up from afar.

When equipped with automatic air conditioning, the remote start system allows you to heat or cool the cabin for the family moments before you actually get in.

The Chevrolet Equinox offers three turbocharged, four-cylinder engines, including two gasoline engines and a turbo-diesel engine. All motors are highly efficient, making the Equinox one of the most economical cars in its segment. 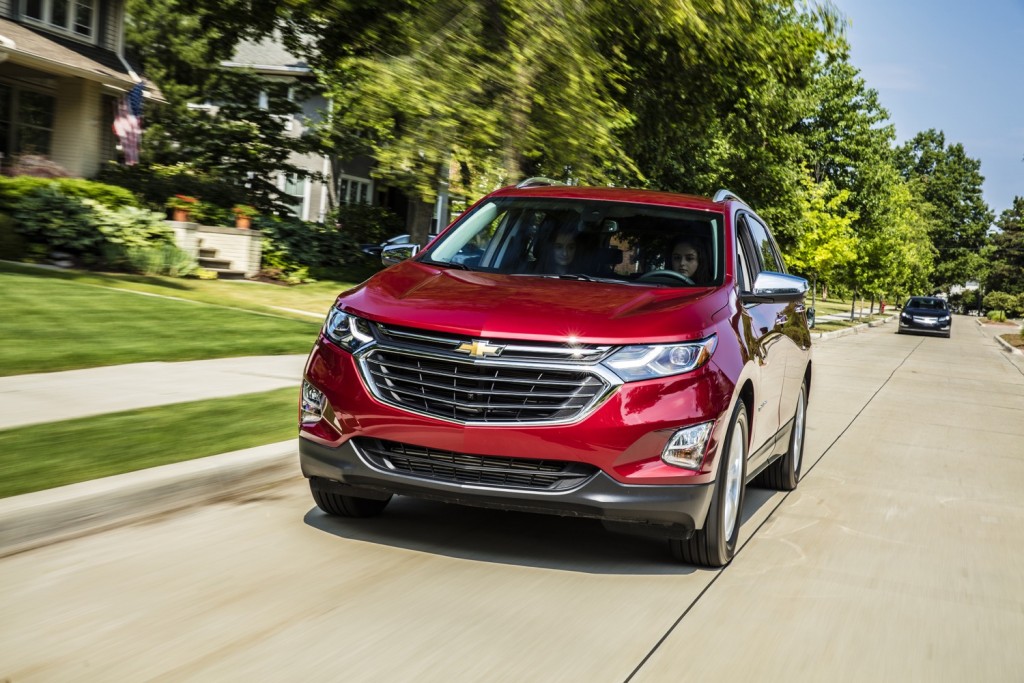 10. It Has Plenty Of Cargo Space

The new Chevrolet Equinox has 29.9 cubic feet behind the backseat. Fold down the second-row seats and you get 63.5 cubic feet of cargo space. That’s plenty of space for groceries, bicycle, and even a double stroller. 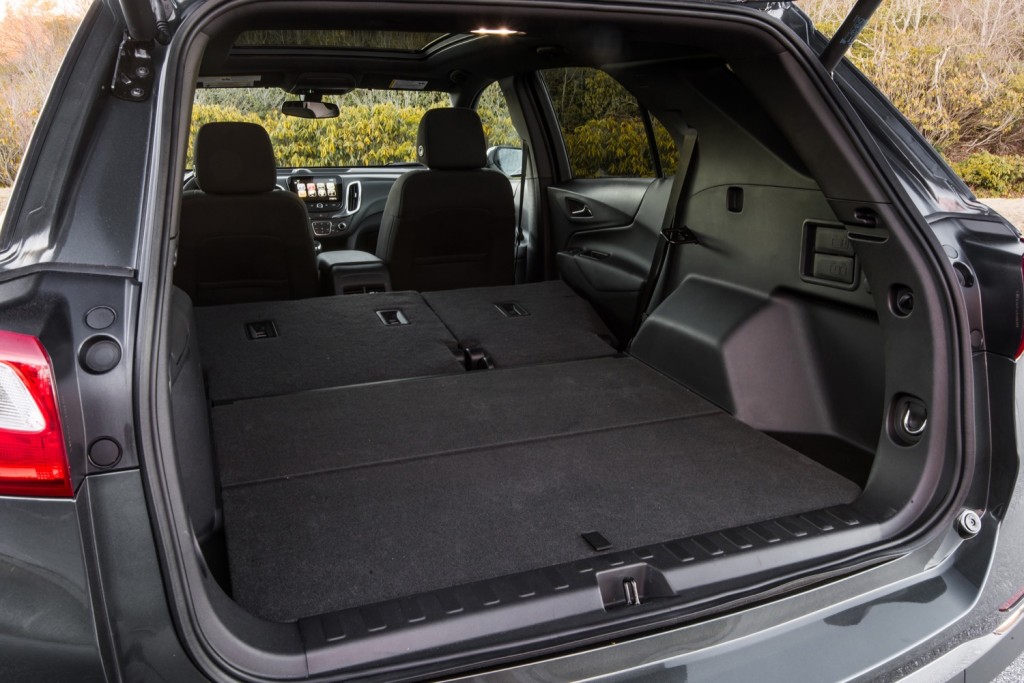