It’s certainly not uncommon to be curious about your car after you sell it. You may wonder about its current whereabouts, any additional mods it received, and its overall purpose – be it a show car, race car, or just a lawn ornament. Marie Hennings of Mohawk, N.Y. has had these thoughts and feelings many times about a 1953 Corvette that she and her husband Jim owned. The couple came to own the first-year Corvette as a second-hand car nearly 60 years ago in 1963. It was one of just 300 models that were produced that year.

The Hennings purchased the Corvette from a family whose son had joined the military. He had asked his parents to sell the car, but the price tag may surprise you.

“Jim and I were finishing college in Syracuse when Jim found the car,” Marie recalled. “We paid $300 for it in 1963. We worked on it and drove it. We went on trips with it.”

The couple enjoyed the 1953 Corvette for 11 years before Jim sold it in 1974. He passed away in 2004, leaving Marie with questions about who the buyer was or how the new owner connected with Jim in the first place. Throughout the years, she wondered about the Corvette’s whereabouts and tried to get in touch with anyone that she thought might have a clue, including Jim’s co-workers. That’s some dedication, huh?

It all remained a sad mystery until last year, when Marie Hennings heard about the C1 Corvette Registry. Using the service, Marie was able to trace the car to its current owner David D’Onofrio in Fort Lauderdale, Florida. She emailed David using the contact info listed on the Registry and, to her surprise, received a swift response. 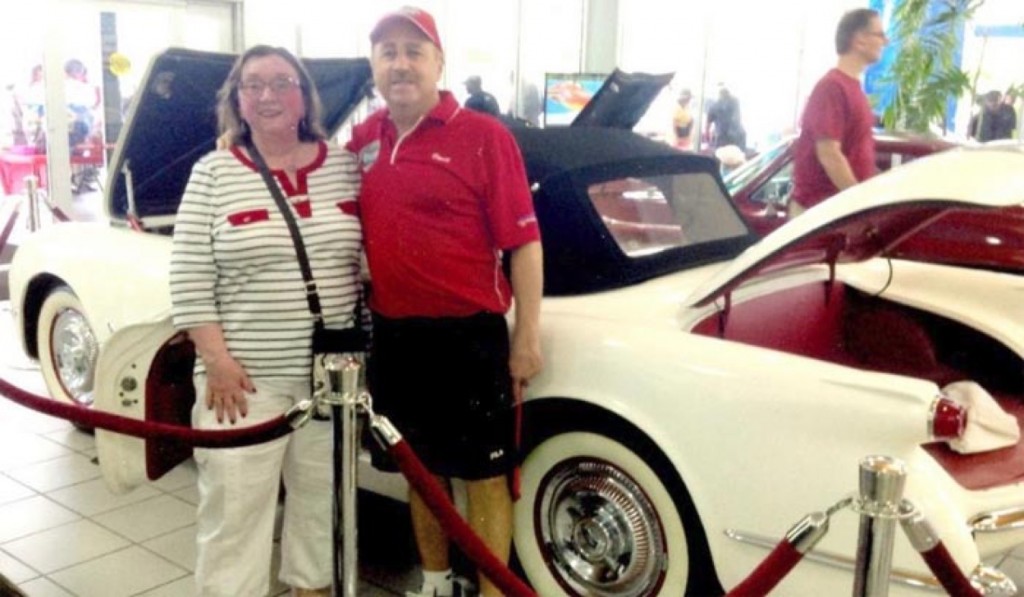 Luckily, Marie had all the paperwork, the VIN number, and even a spare key to the car that she was able to send David D’Onofrio. When he told her that the car fired up immediately using the old key, she got goosebumps all over. He went on to invite her and her sons to a car show in Florida last month so she could see her old Corvette in person again.

The 1953 Corvette was on display at the Corvette Club of South Florida’s eighth annual Corvette and Open Car and Truck Show in Coconut Creek, Florida. This is where the story gets even better. Since David is a member of the sponsoring club, the car wasn’t eligible for any prizes. However, show spectators were so touched and impressed with Marie’s story that they awarded her with a “Best of Show” trophy for her ’53 ‘Vette.