We’ve already speculated whether the prototype of the Chevy Equinox and then of the GMC Terrain with quad exhaust tips foreshadow upcoming performance variants of both crossover SUVs. Such models would be welcomed, as they would give the two related compact crossovers some much-needed pizzaz, thereby becoming the only vehicles in their segment to offer a performance variant (the Ford Edge ST lives in the Blazer/Acadia segment). But what engine could power the alleged high-performance Equinox and Terrain?

Considering that the D2 platform, on which the third-gen Equinox and second-gen Terrain ride, was not designed to accommodate a six-cylinder engine, a very likely candidate is the all-new 2.7L I-4 L3B turbo-charged engine that’s debuted in the 2019 Chevrolet Silverado 1500 and 2019 GMC Sierra 1500. 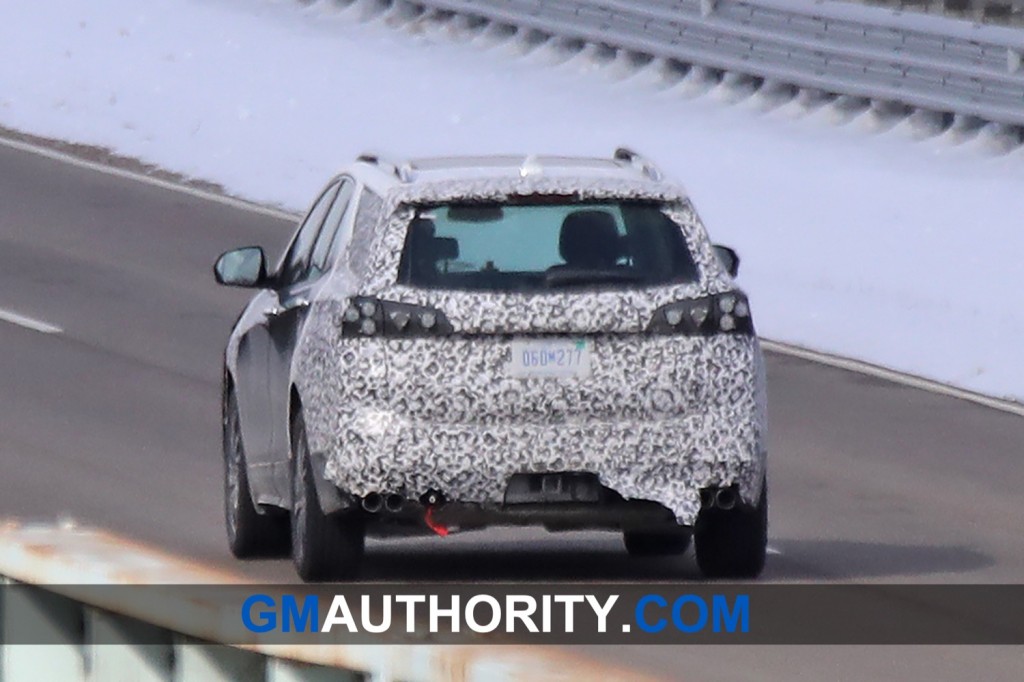 In the trucks, the L3B engine makes 310 horsepower and 348 pound-feet of torque, very respectable figures. However, if General Motors uses the engine in the performance Chevy Equinox and GMC Terrain, the power output would likely be somewhat lower.

That’s because, in GM’s case, a transverse powertrain layout has historically sapped roughly 3 percent of total power output due to packaging and durability constraints. Doing the math, that means the boosted four could make somewhere in the vicinity of 300 horsepower and 330 pound-feet pound-feet of torque in the high-performance Chevy Equinox and GMC Terrain.

That would make it about 50 horsepower and 70 pound-feet of torque more powerful than the turbocharged 2.0L LTG that’s currently the range-topping gasoline engine in both vehicles.

The TriPower 2.7L L3B I-4 turbo would be an exceptional choice for the high-performance Chevy Equinox and GMC Terrain for several reasons. First off, its a four-banger (albeit a large one), but it should fit under the hood of the compact CUVs.

In addition, it features GM’s TriPower technology, which combines an electro-mechanical variable camshaft and Active Fuel Management (cylinder deactivation), to deliver peak torque at only 1,500 RPM, thereby delivering performance without the costs of a larger, less efficient V6 or V8 engine. 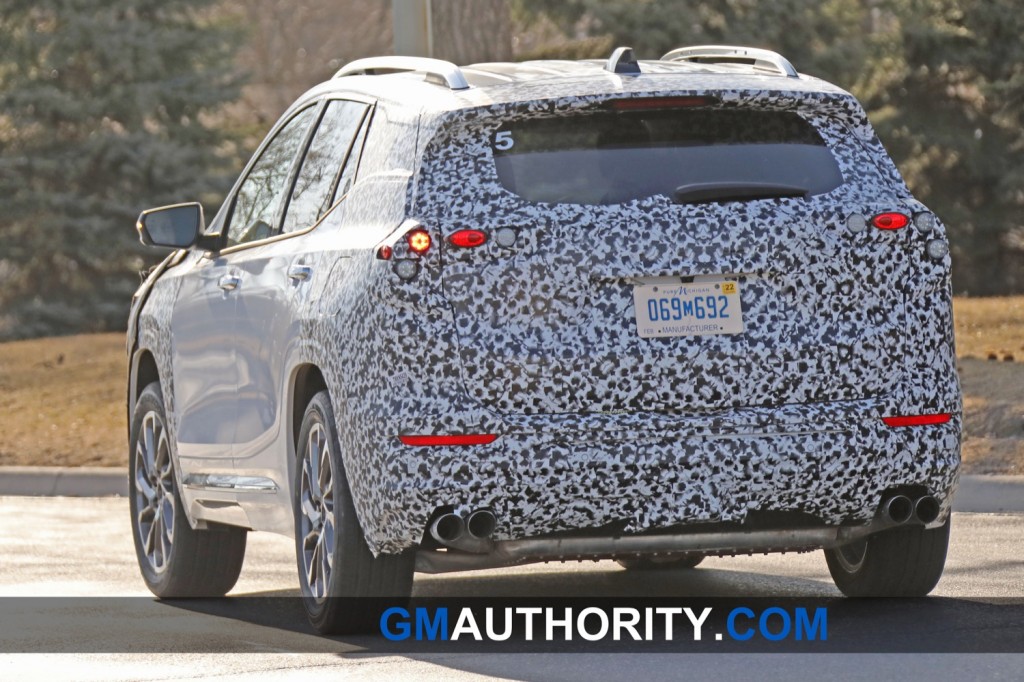 If General Motors is, in fact, developing a high-performance Chevy Equinox and GMC Terrain and if the automaker ends up using the L3B TriPower engine for the models, then the engine will likely be paired with a robust version of the GM 9-speed automatic transmission. It’s also worth noting that it would be GM’s first application of the L3B engine in a transverse application.

Both models could theoretically launch for the 2021 model year as part of the mid-cycle enhancement (refresh) of both vehicles.