How much the automobile has changed over the last 30 years is admirable, if not eye-opening. In 1991, General Motors and its F-body sports cars were fighting against newer, nimbler competitors from Asia. It was a different time, when 240 horsepower was considered to be the higher-end of the performance spectrum – at least in the affordable sports car market. This retro review from MotorWeek, which takes a closer look at the 1991 Pontiac Firebird Trans Am GTA, – the cream of the crop for Pontiac performance at the time – illustrates just how far we’ve come.

The review starts by highlighting performance – the important stuff. The 1991 Trans Am GTA could sprint from zero to 60 mph in 6.3 seconds while running a 14.9-second quarter-mile at 95 mph. Under the hood sat a 5.7L Corvette-sourced Small Block V8 making 240 horsepower and 340 pound-feet of torque. One downside to the GTA was its fuel economy. While the EPA rated it at 16 mpg city and 24 mpg highway, MotorWeek could only muster 15 mpg during mixed driving. 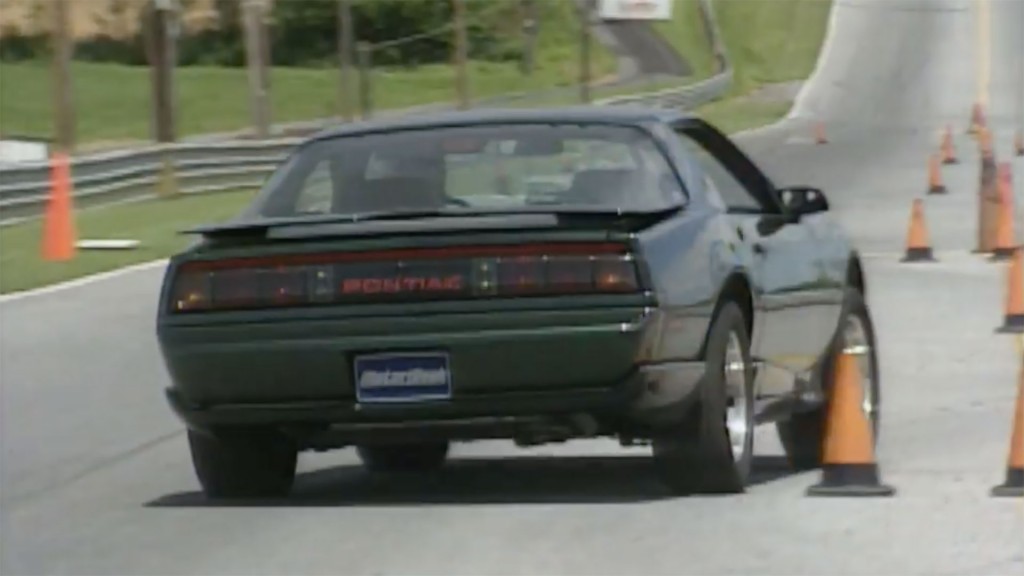 You may recall that the third-gen Pontiac Firebird rode on GM’s F-body platform shared with the Camaro, but a few design cues helped differentiate it from its corporate cousin. While the Pontiac Firebird Trans Am received revised styling for 1991, the interior remained unchanged, for better and worse. It’s the one place the sports car showed its age thanks to its flat dash of gauges. Everything was big and easy to read, but some of the controls were difficult to reach. Another downside was the awkward trunk, which is limited in space and oddly shaped due to the limitations of the F-body platform.

The 240-horsepower American sports car like the Pontiac Firebird Trans Am GTA commanded a hefty price tag for the time. MotorWeek’s test car had a price of $24,151, which included $675 in options. Today, a new 2019 Chevrolet Camaro with a 2.0L turbo LTG engine making 275 horsepower has a starting price of $25,995. For all the things that change, it also seems to stay the same.

Subscribe to GM Authority as we bring you the latest Pontiac news, Chevy news, and GM news coverage.