General Motors and Chevrolet finally announced this week that the 2020 mid-engine Corvette C8 will debut on July 18th of this year, placing us less than 100 days away from the realization of Zora Duntov’s dream.

The automaker’s release was brief, including very little info about the car itself and urging interested parties to sign up to receive email updates on the vehicle at a later date. But for many Corvette fans, this vague announcement will suffice for the time being. It took GM long enough to even acknowledge that it did indeed have a mid-engine Corvette in development. 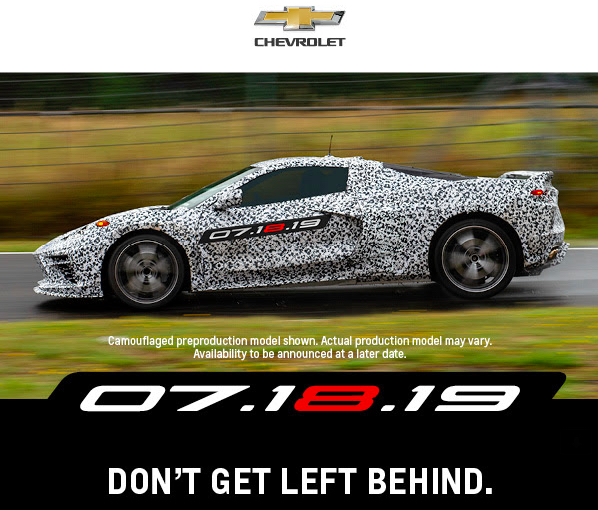 While we’re still a bit short on information, Chevrolet did release some media of the mid-engine Corvette C8, including a b-roll video of it driving through New York City with Corvette chief engineer Tadge Juechter at the wheel. General Motors CEO Mary Barra can also be seen riding shotgun as the car slowly limbers through Times Square. There’s no sound on this video, unfortunately, as it’s a b-roll clip and is thus meant to be spliced into a video with its own preexisting audio.

It’s too bad we can’t hear the Corvette’s V8 engine in this clip, but the video does give us a good look at the vehicle’s thinly camouflaged front end, LED headlights, massive side scoops, and other design elements. If you look closely when Tadge goes to open the door for Mary, you will also notice the door handle is located underneath a protruding section of the side scoop, which is attached to the door and moves with it when it opens. 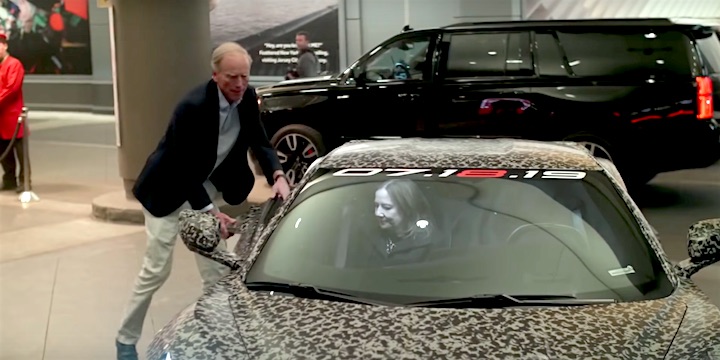 Check out the video embedded above to see the mid-engine Corvette C8 rolling through the streets of NYC before its official debut this summer.