The marketing campaign for 2019 Cadillac SUVs premiered last month as the luxury brand released several promotional ads for the XT4, XT5, Escalade and soon-to-launch XT6. The marketing material made its debut during ABC’s coverage of the 91st Oscars award ceremony.

We’ve already covered the four main ads in the 2019 Cadillac SUV lineup ad campaign – Rise Above, Take The Stage, Make Your Escape and Take Flight. Now, let’s take a closer look at the complete video for the Rise Above spot.

The ad bears a lot of symbolism, as suggested by several instances of characters walking up staircases, ascending in elevators, plus the visual cue of the XT6’s engine revving towards redline – and that’s just skimming the surface. These portrayals seem to reflect current social trends which seek to empower women and break away from traditional gender norms. It’s a craft that can be appreciated regardless of one’s own political/social beliefs.

Music for the 60-second advertisement is provided by famed rapper Childish Gambino, an alter ego played by the multifaceted Donald Glover. The title of the song is Me and Your Mama and is off of Gambino’s third studio album Awaken, My Love.

Cadillac seemed to know its target audience, since the ad aired during the 91st Oscars award ceremony. In other words, SUVs – including Cadillac SUVs – are the most popular type of vehicle for the female demographic, and statistically speaking, the majority of Oscar viewers are female. 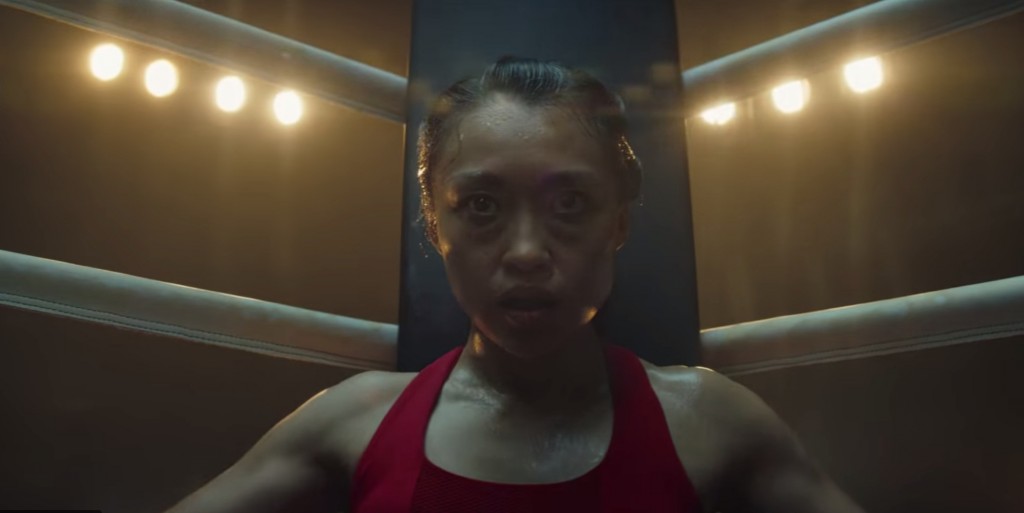 In addition to the ad itself, Cadillac also launched a social campaign using the hashtag #KeepRising that will highlight various storytellers’ “steps in breaking barriers and overcoming adversity.” These storytellers will allegedly include “accomplished artists and Oscar nominees across music and film.”

One noteworthy element is the use of the blue step graphic, which is a rather neat idea. Overall, we appreciate the craft of the commercial, along with its sentiment and the music that accompanies it. If we had to guess, we’d say Cadillac made an impression, at the very least.

For the 2019 calendar year, the Cadillac SUV lineup includes these models: