Months after General Motors revived the Blazer nameplate from the dustbin of history, the Detroit-based automaker unveiled the Chevrolet FNR-CarryAll Concept in China late last year. The reveal came as a bit of a surprise, as the concept looked strikingly similar to the Chevrolet Blazer with two notable exceptions – a more traditional, wagon-like roofline that enables the installation of a third row. About a month after the debut of the concept, we exclusively reported that the show car is coming to production as a three-row version of the 2019 Chevy Blazer.

Fast forward to this week, and we got the very first spy photos of the three-row Blazer undergoing testing in the United States. One particular detail caught our eye about the prototype – the wheels. 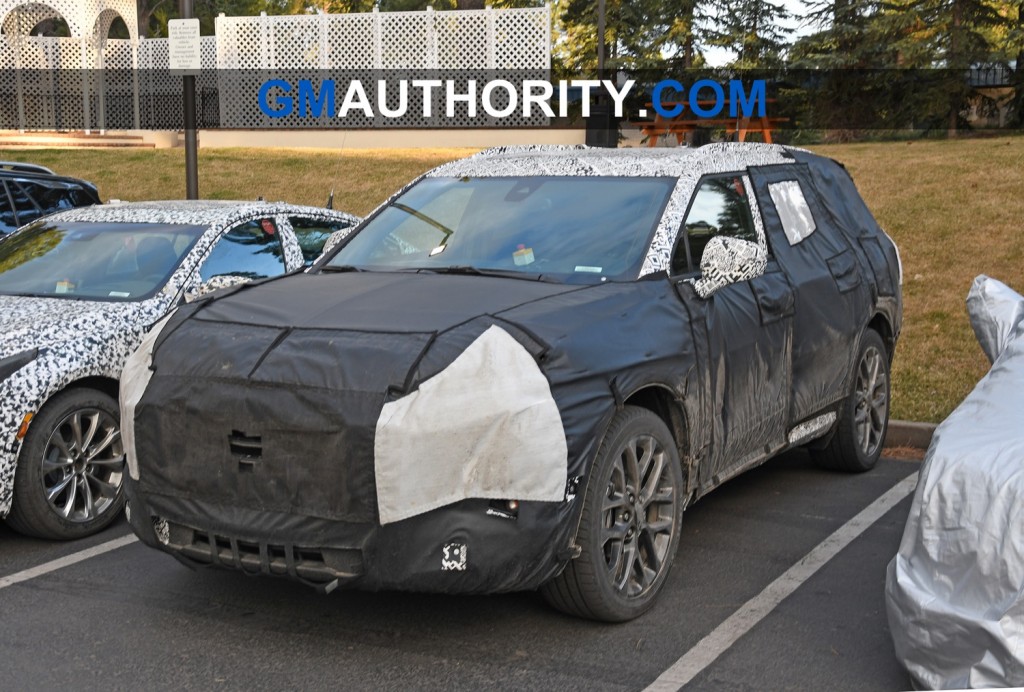 The wheels on the three-row Blazer prototype bear a striking resemblance to the units on the Chevrolet FNR-CarryAll Concept, which was rolled out in China with a set of massive 22-inch wheels with a 12-spoke design. Upon closer inspection, it appears that the prototype is wearing the exact same wheels as the concept.

And that’s notable, since the presence of the wheels hints that the Blazer will be getting a 22-inch wheel at some point in the future. By comparison, the current crop of Blazer wheels ranges from 20 to 21 inches, with 22-inch wheels not on the menu. Not that 21-inch wheels aren’t impressive, but a set of 22-inch wheels on a midsize crossover like the Blazer (and the slightly larger three-row Blazer) is just downright massive. 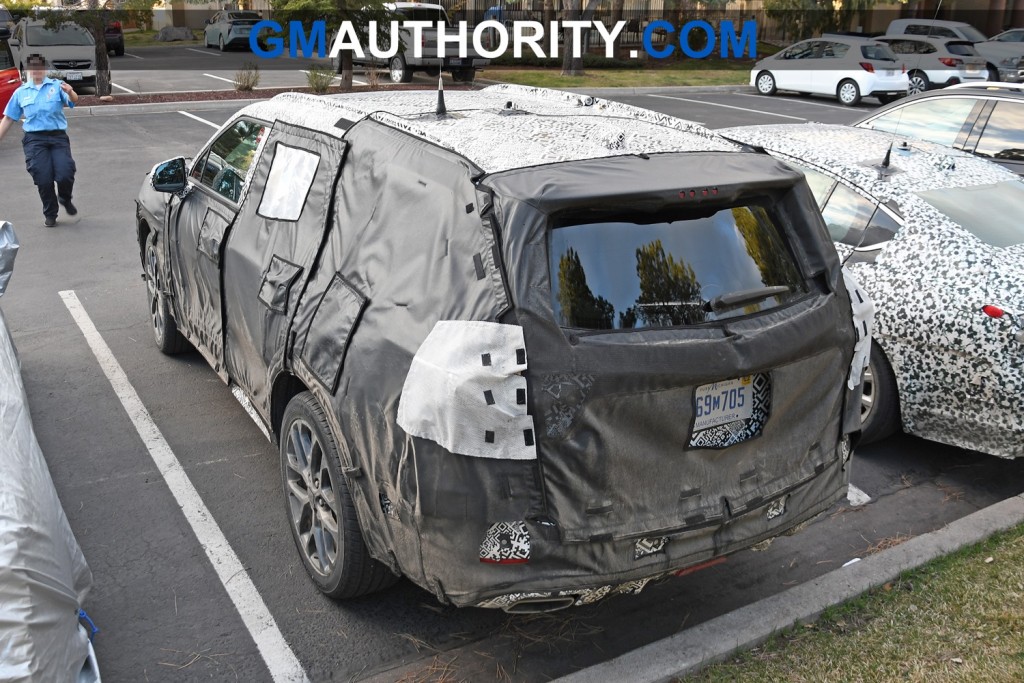 The three-row Blazer wheels have very nice proportions and look elegant. Though the 22-inch diameter is on the larger end of the spectrum, the wheels don’t look gaudy, though that likely depends on the the rim’s finish. While larger wheels look stunning on the right vehicle, they could negatively impact ride quality, especially when riding on low(er) profile tires.

As the two-row Blazer currently launching in the U.S. is earning praise for its chassis and handling, we’re certain that the three-row version would handle equally well – especially being helped by the massive 22-inch wheels.

Stay tuned as we do our best to answer that very question. In the meantime, subscribe to GM Authority for the latest Chevy Blazer news, Chevrolet news, and around-the-clock GM news.