How much would you pay for a pre-war automobile? Few cars have survived, and those that have are often turned into hot rods or other show cars. An all-original pre-war car is challenging to find, and when one does find it, it’s outrageously expensive, which perfectly explains this 1930 Cadillac Fleetwood V-16. Not only is it exceptionally original, which we’ll dive into in a sec, but it’s also expensive quite expensive. The seller is asking $385,000, but he is open to the best offer if you feel like haggling.

For the price, you get an exquisite piece of automotive history. Not only is this a pre-war Cadillac with all the luxury fixings of the era, but it was also once owned by Neil Young. It also spent some time in an undisclosed east coast museum until 2016. The car has approximately 55,000 miles on the odometer, which appears to be original and correct.

What sells this Cadillac Fleetwood V-16 is the originality. According to the seller, it’s never been disassembled or restored. But despite its original Boatswain blue color being repainted several years ago, the Cadillac is showing its age. Inside, the blue leather upholstery is newer, but the matching blue rumble seat and polished wood interior trim appear original. 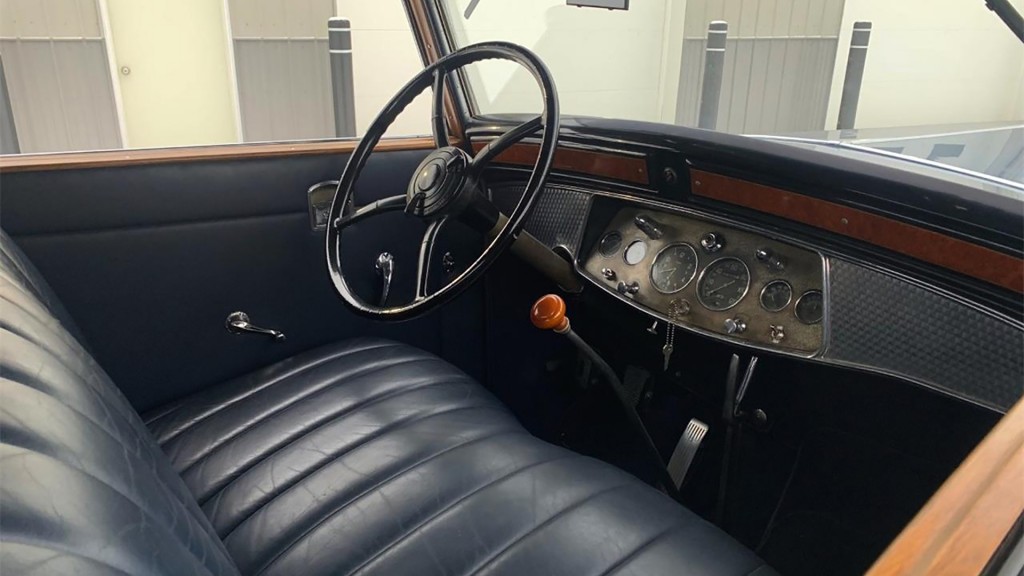 The car also retains all of its original wooden exterior elements, with the original stamping marks. Under the hood is Cadillac’s rare V-16 engine, which is also original to the car. Other original parts include the carburetors, vacuum tanks, valley cover, distributor, and much more. According to the seller, the build sheet shows that the Cadillac Fleetwood has all of its original components.

This is the second 1930 Cadillac V-16 to go up for sale in recent memory. Late last year, a pristine 1930 Cadillac V-16 Sport Phaeton by Fleetwood hit the auction block. These iconic beasts of automotive history are rare, so if you want one, now is your chance to buy one.