Which states do you think speed more than any other? Michigan, the home of General Motors, Ford and Fiat Chrysler, is certainly a good guess, but it’s not the leader among the speeders.

This study was put together using speeding ticket data obtained from the states themselves. Some states’ most recent available data was from as far back as 2011, though, so this data is from anywhere from 2011-2017, depending on the state. The proper data was no available for Arkansas and Louisiana, either, so they have been left out of the study. 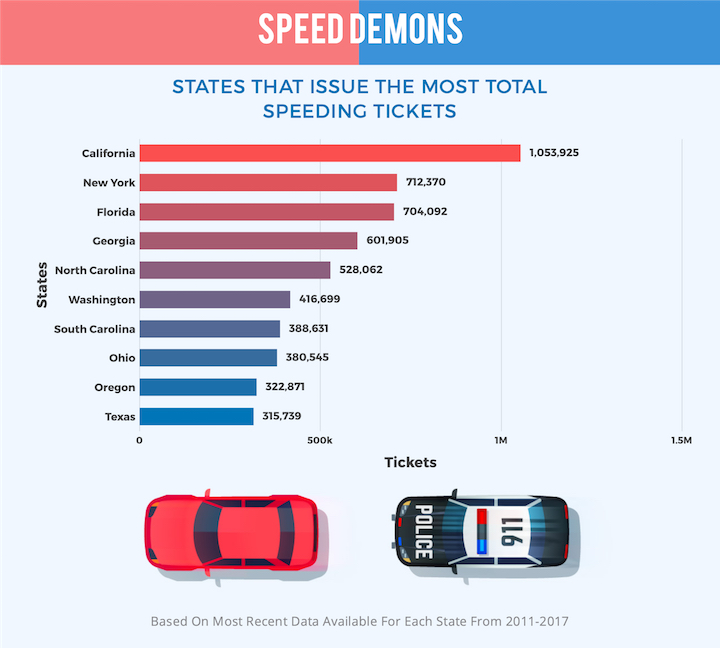 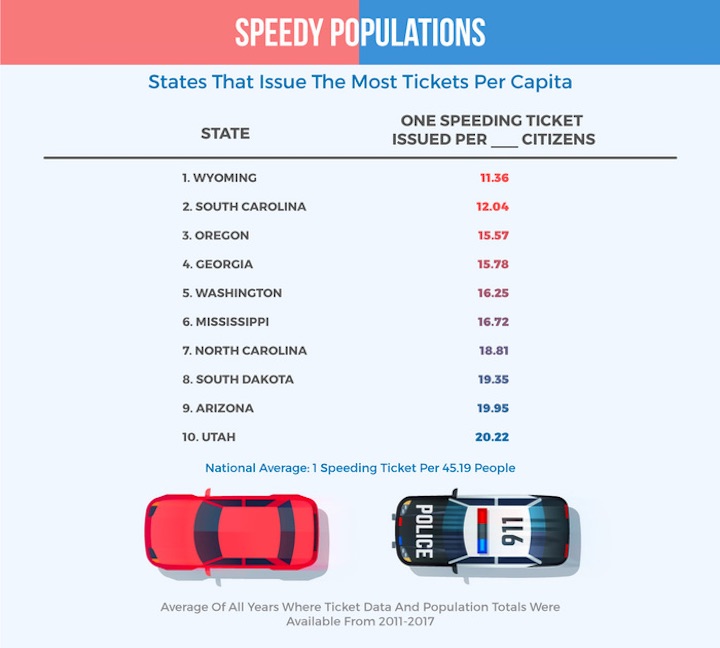 This data is probably not perfect, as a speeding ticket given to a resident from out-of-state will be recorded in that state’s speeding ticket totals. Additionally, adjusting the data based on population doesn’t tell the whole story, as we don’t know how many driver’s license holders there are in that state, nor how many miles they collectively drive on average. It does give us a rough idea of where the most speeding tickets are issued, however.

Where does you state fall in line? Check out the full study at this link.