This year’s IMSA Bubba Burger Sports Car Grand Prix from the streets of Long Beach was one of the more memorable sports car races held in recent years.

Corvette Racing entered the weekend looking for its 100th IMSA win – a milestone it’s been looking to achieve since the No. 4 Corvette C7.R team of Tommy Milner and Oliver Gavin won the 2018 Long Beach GP.

And while the team didn’t appear have the pace to challenge Porsche for the overall win on the streets of Long Beach this year, the yellow Corvettes once again showed why they are one of the most successful race teams to ever compete at the southern California street course. 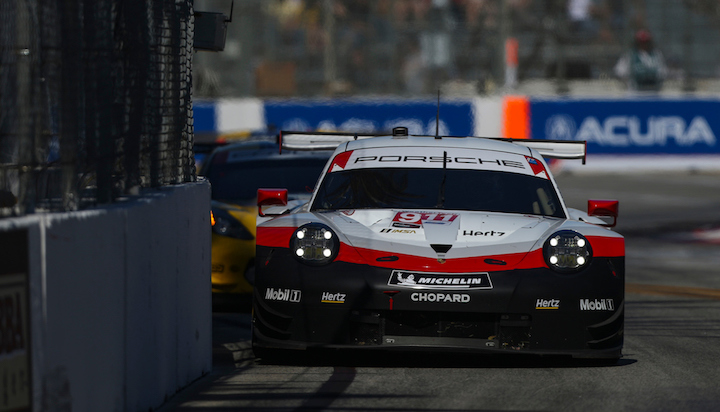 The No. 3 Corvette of Antonio Garcia and Jan Magnussen started fifth at Long Beach and worked its way up to fourth in the pits, while the No. 4 Corvette sister car of Gavin and Milner enjoyed similar pace and was fifth by the race’s second half after starting third. This left the Corvettes in prime position to pick up any positions that the leaders, which consisted of the two Porsche 911s and one Ford GT, may give up once they began to fight for position.

Predictably, this is exactly what happened. The driver of the No. 66 Ford GT accidentally hit the pit limiter while racing the No. 912 Porsche, handing the position over to the Porsche. This helped the No. 3 Corvette reel the No. 66 in with just two laps to go. The Ford then ran out of fuel as the Corvette was following, forcing the Chevy into the rear of the Ford and sending it into the wall. 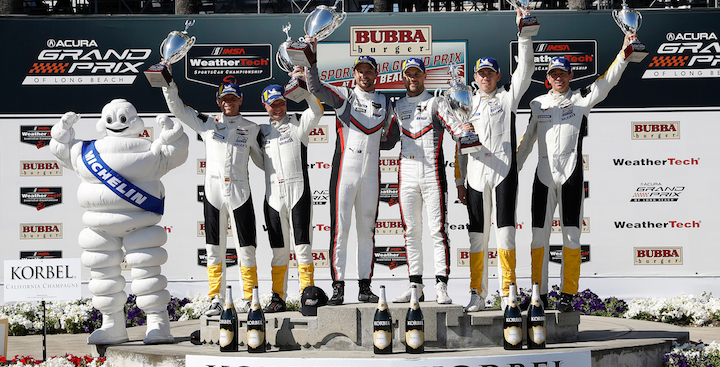 This turn of events gave Corvette a double podium result, while the No. 912 took the victory. It was an exciting finish to a massively entertaining race – and we didn’t even touch on all the carnage that happened in the top-tier DPi class.

If you’re wondering, DPi was won by Action Express Racing, which took its second win of the season at Long Bach in the The No. 5 Mustang Sampling Cadillac DPi-V.R. The team took the lead in the pits and kept cool as they held off a hard-charging No. 7 Acura Team Penske ARX-05 DPi for roughly 30 minutes to take the win.

You can relive the 2019 Long Beach GP thanks to IMSA, which uploaded the entirety of the exciting street race to YouTube. Check it out above, and if you just want to see the exciting closing battle, we’d suggest starting it from around the 1:15.00 mark.

Photos by Levitt/Galstad via IMSA