It’s been a rough start for the latest-generation 2019 Chevrolet Silverado, and new sales figures show the pickup truck war only continues to heat up.

The Detroit Free Press reported Tuesday that the 2019 Ram 1500 continues to steal sales from the all-new 2019 Chevrolet Silverado. Meanwhile, the Ford F-150 has held stable. The figures show Ram has continuously closed the gap with Chevrolet between 2017 and 2018. In the first quarter of 2019, Ram sold 120,026 pickups compared to 114,313 units for the Chevy. However, there’s more to the story.

General Motors has reiterated that its launch strategy involves rolling out higher-end trucks first, followed by more affordable trims and models. For the Silverado, that means Crew Cab models in higher trims were first to go into production in 2018, followed by the Double Cab and Regular Cab models – which started production in March. In addition, GM has held back significantly on incentives.

By comparison, Ram has placed a lot of money on the hoods of its new pickup, discounting almost every model of its new half-ton. A Chevy dealership in Dearborn, Michigan said the new Silverado has done good things for showroom traffic, but when they see the final price, they more often than not leave for a Ram dealer. Local incentives hover around $10,000 or even $15,000 for a brand-new Ram 1500. Chevrolet has been keen to keep incentives down, particularly on its new pickups. In each of the first three months of 2019, the brand has discounted only one Silverado trim level equipped with a particular package.

Obviously, more incentives eat into profits, which puts into question what FCA is making on the Ram trucks due to all the discounts. Yet, to the customer, a $200 per month difference for an auto loan or lease payment is a big difference that’s not working in Chevy’s favor. Once customers swap into a different truck, it’s hard to win them back as brand loyalty runs high. 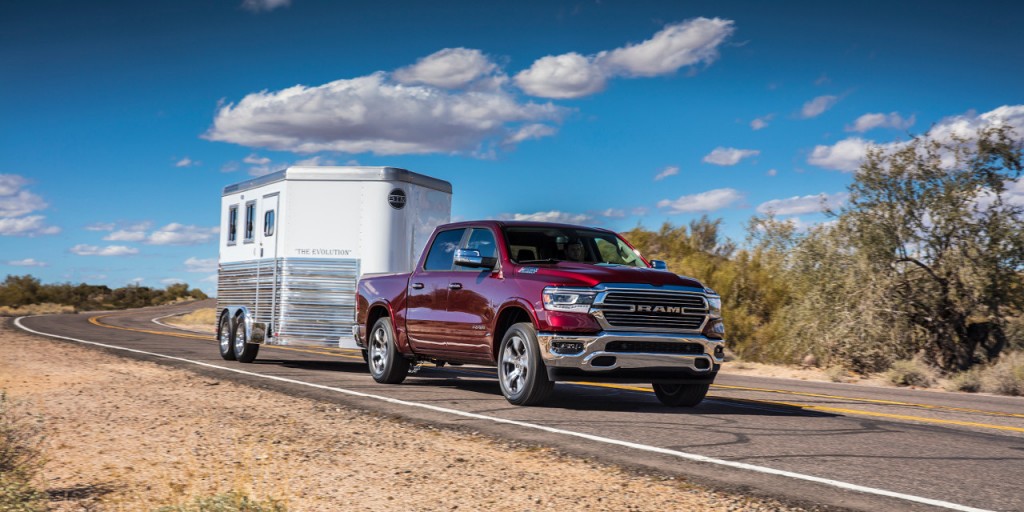 A Chevrolet spokesperson thinks those customers will come back and cited Chevy’s long-term strategy. Another GM spokesperson said, “almost 40 percent of Ram sales included 20 percent discounts.” Some question how long FCA can continue incentivizing a moneymaker like the Ram 1500.

On the other hand, it’s very good news for Ram. The new truck has carved out its own niche in luxury pickups and one analyst believes, at this current rate, that Ram will surpass GM as the number two truck-selling brand in one to three years, which would be an embarrassing fall from grace for The General as far as bragging rights go. But whether it will ultimately matter on the balance sheet is a whole different story.