The Mustang EcoBoost High Performance Package serves as a direct competitor to the four-cylinder Camaro Turbo 1LE and also the Camaro V6 1LE. 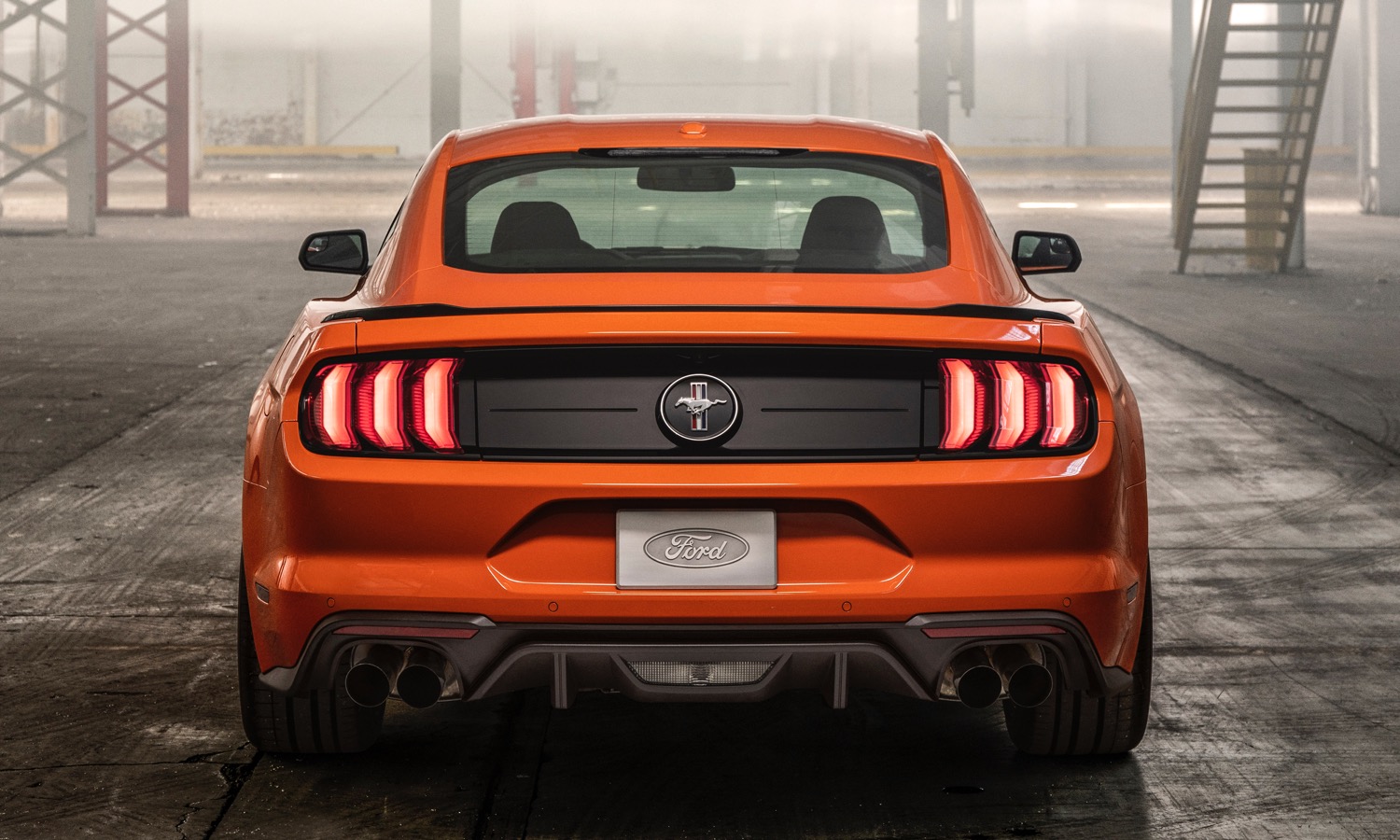 Compared to the standard Mustang EcoBoost’s engine, this upgraded version (which is plucked from the Focus RS) gets high-performance cylinder heads, a five percent larger turbo, a larger radiator and more. It’s offered with either a six-speed manual or 10-speed automatic transmission and can hustle from 0-60 mph in the mid-four-second range.

The package also includes the suspension and chassis upgrades from the 5.0-liter V8-powered Mustang GT Performance Package. That means you get an alloy strut tower brace, beefier front and rear sway bars, a retuned electronic power steering rack, and brake cooling ducts. Lightweight 19-inch aluminum wheels shod in 255/40R high-performance summer tires are also on the table, along with a black front splitter and a raised rear blade spoiler.

When we sampled the 2019 Camaro 1LE Turbo, we found the handling to be sharp and spry but were let down by the 2.0-liter turbocharged LTG engine, which, as we mentioned above makes just 275 horsepower and 295 pound-feet of torque in the car. The Mustang EcoBoost High Performance Package should be quite a bit quicker than the Chevy thanks to its more powerful engine, though we’d be curious to compare it with the slightly pricier Camaro 1LE V6.

Ford’s also offering this package on the Mustang EcoBoost Convertible, whereas the Camaro 1LE Turbo and V6 are only available as coupes. The additional Handling Package will only be available on the hardtop, though.

The Mustang EcoBoost High Performance Package will arrive at dealerships this fall as a 2020 model year vehicle.