General Motors has released a short 30-second teaser video promoting the upcoming reveal of the mid-engine Corvette C8 this July.

The teaser clip is entitled ‘Let’s Go: The Next Generation Corvette’ and opens with a clip of the first chief engineer for the Corvette, Zora Arkus Duntov, putting on a set of driving goggles.

The video then begins a countdown to July 18th, 2019 as it begins showing clips and photos of the various Chevrolet Corvette research concepts, such as the Duntov Mule Corvette, the three Chevrolet Engineering Research Vehicle concepts (CERV), the XP 882 concept, Corvette Indy concept and other early mid-engine Corvette studies. It also features some footage taken at Nurburgring in Germany and a photo of Corvette Racing’s two Corvette C7.R’s on the banking at Daytona.

“The Next Generation is the most anticipated Corvette ever,” Chevy’s description for the video says. “Each innovation, each achievement has driven us to this moment. Take a short thrill ride to get a sneak peek of what’s going to happen on 07.18.19. You won’t believe your eyes – or ears.” 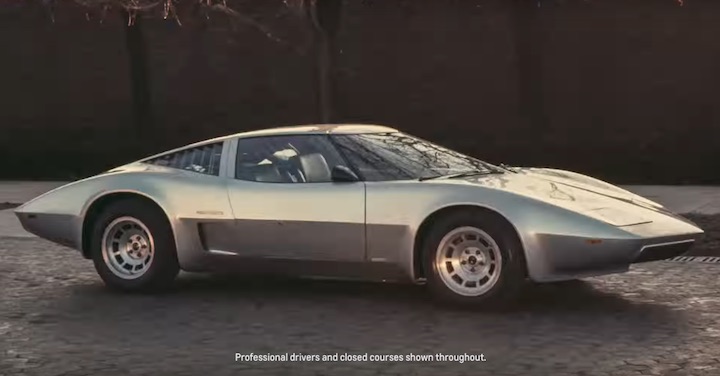 As you probably already know, General Motors will debut the mid-engine Corvette C8 during a special event on July 18th. The vehicle will be built at GM’s plant in Bowling Green, Kentucky, with the automaker set to add 400 jobs at the plant to satisfy demand for the vehicle.

The automaker paraded a mid-engine Corvette C8 prototype in front of some of its most die-hard fans this past weekend at the NCM Bash. While Chevy didn’t park the car, the slow drive-by allowed fans to get a look and listen to the car ahead of its debut in a few months.