Kamui Kobayashi, the fan-favorite Japanese driver that helped the No. 10 Wayne Taylor Racing Cadillac DPi-V.R squad win the 2019 24 Hours of Daytona, could return to the black and blue prototype for this weekend’s race in Long Beach.

According to Sportscar365, WTR regular Jordan Taylor had to undergo a medical procedure while on vacation in Hawaii. He is planning to hop in the car today, but if he is unable to drive, then Kobayashi will fill in for the American. 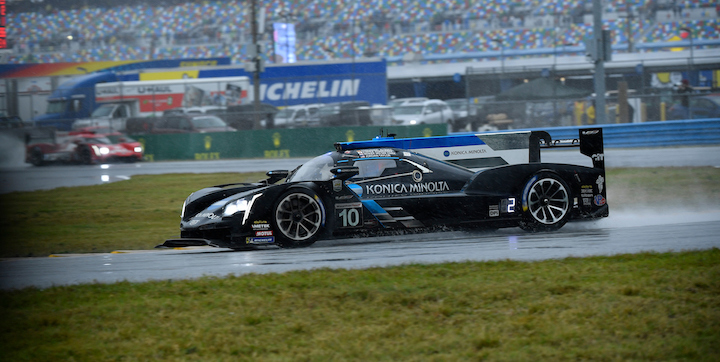 No. 10 Cadillac DPi at Daytona

While a team would normally err on the side of caution and replace their injured driver for the race, Taylor currently leads the IMSA DPi class standings alongside teammate Renger van der Zande, so missing a round could potentially cost him the championship. Additionally, the minimum drive time for the 100-minute sprint race, which is the shortest race on the IMSA calendar, is just 5 minutes. Taylor could, therefore, put in a short stint, with van der Zande driving the majority of the race’s duration.

Kobayashi partnered with Taylor, van der Zande and fellow Formula 1 alumnus Fernando Alonso for the 2019 24 Hours of Daytona, winning the rain-marred race for WTR and GM in the No. 10 DPi-V.R. The Japanese driver normally races for Toyota in the FIA WEC’s LMP1 category, sharing the No. 7 Toyota TS050 Hybrid entry with Briton Mike Conway and Argentinian José María López. He also raced for Toyota, Sauber, and Caterham in F1.

You can catch the 2019 IMSA BUBBA burger Sports Car Grand Prix from Long Beach on NBCSN at 5 p.m. ET on Saturday, April 13th. Race fans can also follow the action via IMSA Radio, which can be accessed through RadioLeMans.com and SiriusXM Radio.