The 2019 GMC Sierra, complete with its Swiss army knife of a tailgate, is perhaps let down by one area: the interior. While General Motors made a concerted effort to ensure the 2019 Sierra and new Chevrolet Silverado were more than corporate cousins, both trucks feature nearly identical interiors that, to be blunt, already look dated.

The GMC brand has heard this loud and clear, per a Bloomberg report on Monday.  Phil Brook, GMC vice president of marketing, said the brand is working on loading more luxurious features into the 2019 Sierra for future models. The report detailed the luxury shortcomings of full-size pickups in general, which regularly sell for an average price of $50,000. For the same amount of coin, buyers can load up a German luxury sedan with opulent materials and greater technology. Experts suggest consumers are starting to see through the cracks as GM, Ford, and Ram benefit from cushy profit margins by skimping out on serious luxury tech but charge premium prices.

Still, Brook believes the GMC brand has a major advantage over established luxury brands. Its vehicles are far more versatile. They can haul, tow, offer more space, and no one will catch a Mercedes-Benz luxury sedan off-road. The G-Class is a different story.

We should expect GMC to pack future Sierras with far more creature comforts, even a larger touchscreen, as the publication asked if buyers will finally be treated to some really premium features. “It sounds like you’ve been to some of our product-planning meetings,” Brook said. 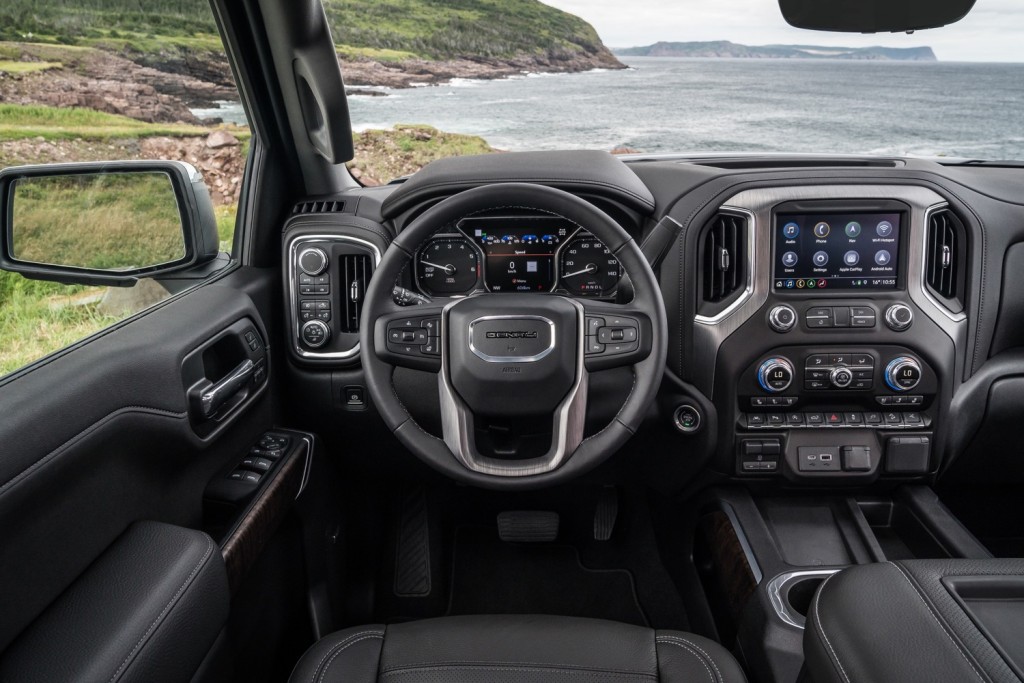 A recent survey found 68 percent of truck owners believe pickups are overpriced and lack value. Another 17 percent of those surveyed said their next vehicle would not be a pickup truck.

Could it spell a changing sentiment for a market that’s been so focused on SUVs and trucks? Time will tell.