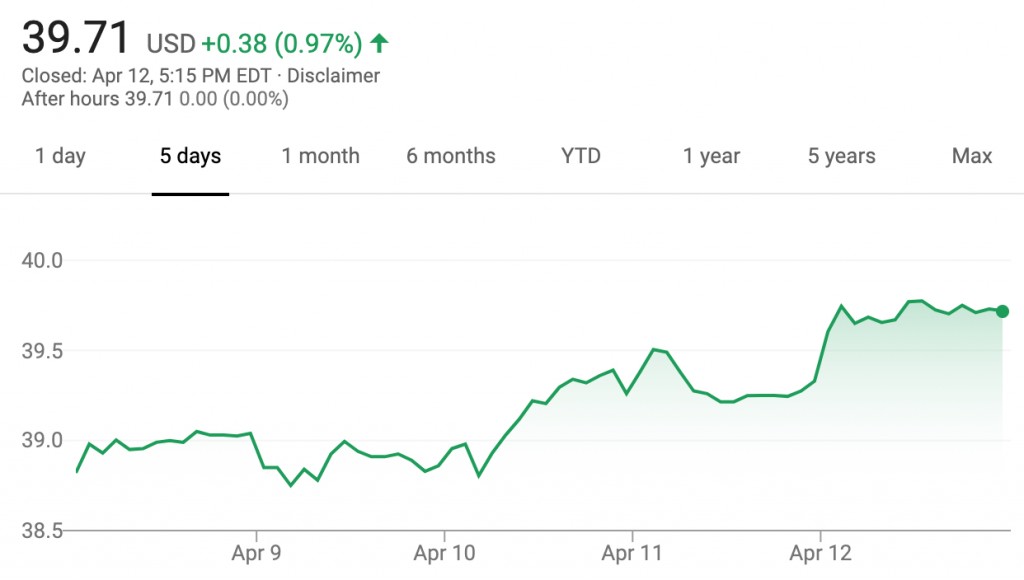 The change represents the third consecutive week of growth for the value of GM stock following a two-week-long slump. Shares saw a weekly low of $38.58 (on Monday) and a weekly high of $40.05 per share (on Friday). By comparison, shares of GM’s cross-town rival, the Ford Motor Company, gained $0.27 in value during the week.

Despite these notable actions, the value of GM stock has historically hovered around the $33 per share mark, roughly the IPO price of the “new GM” in November 2010 – a circumstance that has had many investors frustrated. However, the current value of $38.94 marks a notable improvement in the value of GM shares. In fact, GM stock has gained 18 percent since opening the year at $33.64 per share on January 2nd, 2019.