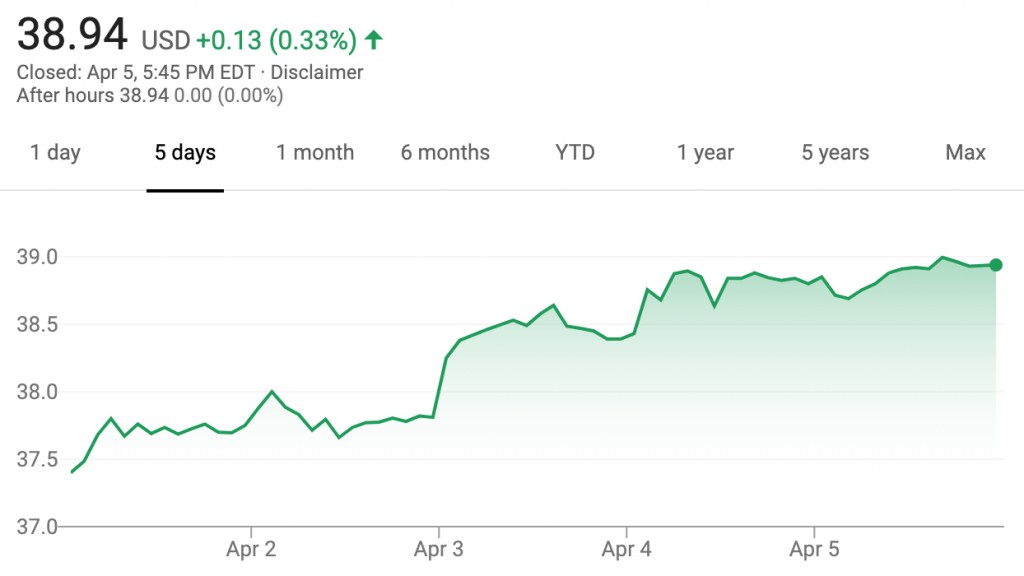 The change represents the second consecutive week of growth for GM stock value following a two-week slump. Shares saw a weekly low of $36.92 (on Monday) and a weekly high of $39.01 per share (on Friday). By comparison, shares of GM’s cross-town rival, the Ford Motor Company, gained 5.4 percent during the week.

So far, 2019 has been a net positive for GM shareholders, as there was a seven-week-long rally prior to the two-week drop.

Over the last few years, GM has taken many steps to increase the value of its stock, including exiting markets where it is unwilling to or can’t find ways to turn a profit (such as Europe, South Africa and India), closing plants in various parts of the world, divesting loss-making divisions (such as Opel-Vauxhall), making adjustments to its business model in order to prioritize profitability over chasing market share goals, focusing on its Cadillac luxury brand for high profitability, investing heavily into new-age mobility ventures such as electric vehicles and autonomous driving tech, and discontinuing some sedans (Cruze, Impala, LaCrosse, XTS) to focus on more profitable crossovers, SUVs, and pickup trucks.

Despite these notable actions, the value of GM stock has historically hovered around the $33 per share mark, roughly the IPO price of the “new GM” in November 2010 – a circumstance that has had many investors frustrated. However, the current value of $38.94 marks a notable improvement in the value of GM shares.