As expected, General Motors has just revealed the all-new Buick Encore family of small crossovers in China ahead of the 2019 Auto Shanghai show. Despite both B-segment models wearing the Encore name, these are two very different vehicles from a mechanical perspective. While both second-gen Encore models will be available in China, only one is expected to make its way to the United States.

The “Encore” is based on GM’s Global Emerging Markets architecture (GEM platform) intended for developing markets. We expect this model to be sold exclusively in China. 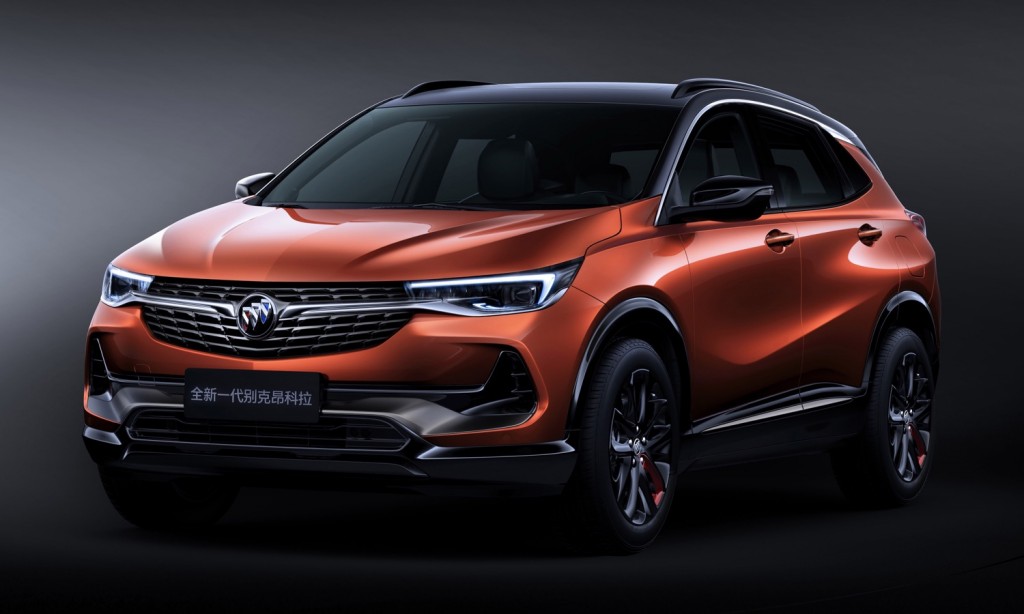 Meanwhile, the Buick Encore GX is based on GM’s VSS-F platform. Though GM China describes the Encore GX as a “long wheelbase” variant of the Encore, the two models have little in common, besides the name. The Encore GX is the model that we expect will be sold in North America.

GM says that the design of all-new 2020 Encore and Encore GX were “inspired by the Buick Enspire concept SUV” that made its debut roughly a year ago. In addition, the models “integrate GM’s advanced global R&D and intelligent manufacturing.”

“From its introduction seven years ago, the Encore has resonated with younger consumers,” said Ryan Vaughan, executive director of PATAC Design and GM China Design. “With the two new additions, the Encore family will offer an unprecedented choice in its segment. It will provide our customers a more personalized offering to match their active and changing lifestyles.”

GM says that both Encore models will cradle eighth-generation Ecotec engines and will offer a choice of the new GM 9-speed automatic Hydra-Matic transmission or a new continuously variable transmission (CVT), without providing displacement, power, or torque figures. Compared to the first-generation Encore, both the new Encore and Encore GX offer “highly efficient power with decreased fuel consumption and emissions”, which enables them to meet China’s 6-B emission standard.

No further details are available at this time, so subscribe to GM Authority (it’s free) as we follow this developing story, as well as for more Buick Encore news, Buick news, and 24/7 GM news coverage.